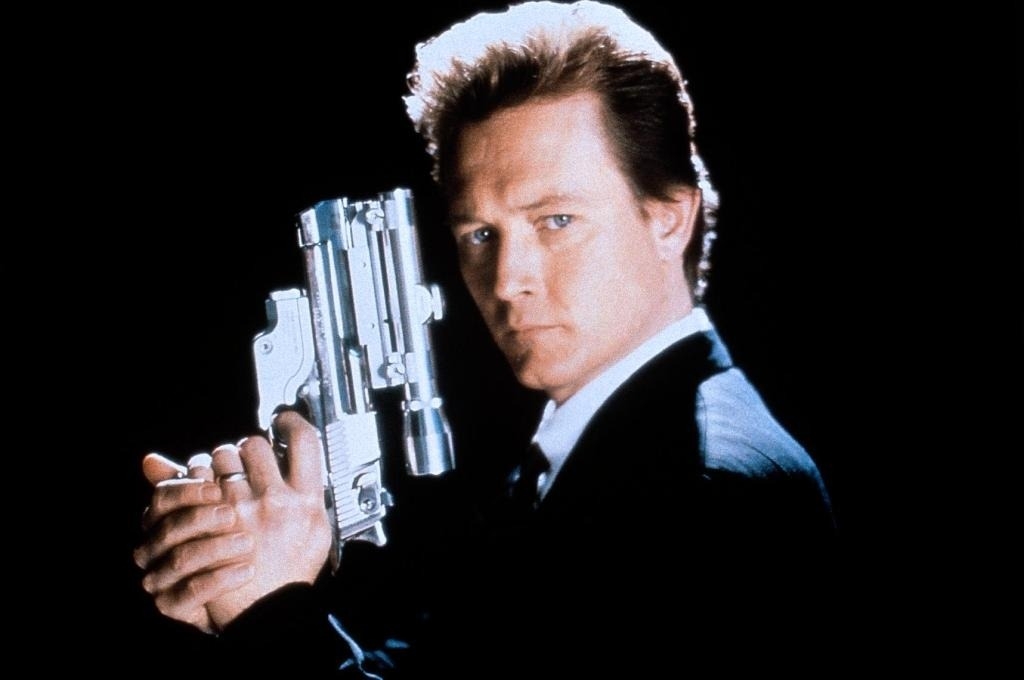 Robert Patrick stars in what may well be one of PM Entertainment’s best films. In Zero Tolerance Patrick plays an FBI agent called Jeff Douglas who avenges the slaying of his family with an attack on the White Hand drug cartel.

Interesting side note; Patrick’s wife in the movie is actually his real-life spouse Barbara and they have been married since 1990.

We have a great selection of villains including Titus Welliver (Bosch) who is at his slimy best and has the awesome name of Ray Manta (as opposed to Manta Ray… see what they did there? Huh? Huh? I’ll see myself out), Mick Fleetwood (from Fleetwood Mac!), Miles O’Keefe (True Vengeance), Gustav Vintas (Lethal Weapon) and Jeffrey Anderson-Gunter (Marked for Death).

Welliver is always a fun bad guy and he is completely over the top in this cackling regularly along with the rest of his cronies.

Zero Tolerance has some great set-pieces with numerous spectacular explosions and regular shoot-outs, so it’s well paced and packed with action. It gets a little ludicrous towards the end especially how Jeff seems to just walk away from murdering people in cold blood without going to jail but it’s action movie logic, so the rules of our world don’t apply.

Patrick normally plays intense characters, but Jeff is a sympathetic lead and after the brutal murder of his family you are 100% on his side as he takes out the trash when the law can’t help. There is the odd rather obvious stunt double but who cares when the action is this awesome?

I found Jeff’s partner Megan naively appealing as she tries to keep Jeff from going over the edge from which there would be no return. She gives a speech about how the man who raped and murdered her mother is still alive and well living in Florida. She never went after her mother’s killer because she didn’t want to lower herself to his level. I dunno about you guys but if someone did that to anyone in my family their skin would be used as wallpaper in my house… but that’s just me.

Anyway, some of the dialogue and acting isn’t exactly amazing but it’s a PM Entertainment movie so we know exactly what we are in for so just strap in and enjoy the ride.

Overall, Zero Tolerance is absolutely a B-movie but that’s is no insult as it’s the type of film I could watch all the time and is perfect entertainment while lying in bed on a Saturday morning (which is exactly what I did today).