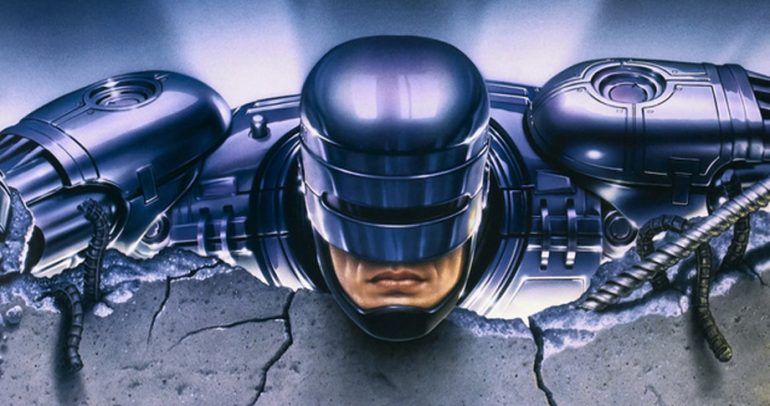 If you’re a fan of RoboCop then you should track this book down as it’s one of the best behind the scenes reads you’ll see giving honest insights into the series and plenty of glossy pictures too.

About: In 1987 a science fiction blockbuster arrived and a pop culture legend was born. RoboCop is the story of a hero police officer in near-future Detroit who is gunned down and reborn as justice-seeking cyborg. The groundbreaking visual effects, thrilling set pieces, and biting satire entertained audiences the world over.

The film spawned two sequels, TV versions, swathes of gorgeous merchandise, and, in 2014, was reimagined for the new millennium.

For the first time ever, here is the whole story of RoboCop.

RoboCop: the Definitive History details the journey from the original script and early concept designs, all the way to the art and stunning effects work on the 2014 reimagining. Rare and exclusive images, script pages, storyboards, and much more have been discovered in the archives and are presented here for the first time, alongside brand new interviews with key creatives such as Ed Neumeier, Michael Miner, Jose Padilha, Joel Kinnaman, and Nancy Allen.

Review: The original RoboCop is a classic of the genre and remains one of the best movies of the 80’s with plenty of hard R action, satire of corporate America and a first rate performance from Peter Weller as Murphy/Robo. This rather excellent book doesn’t just go into the making of the first movie but the entire series right up to the 2014 reboot.

We get some great behind the scenes stories from the making of the movies so this really is essential for any fans of RoboCop.

There are some fascinating interviews with the cast and crews of the films but one of the most interesting is from Nancy Allen who discusses her disappointment in RoboCop 2 and how her role was much smaller because director Irvin Kershner apparently didn’t like her. There were all kinds of issues which I’d never heard about before which just made me not want to put the book down.

There are storyboards for all of the movies which go into detail about how the special effects were completed and how they overcame many budgetary restrictions.

We also find out that Shane Black was initially approached to write RoboCop 3 but he declined, which is a shame as maybe it would have been less horrendous.

After the financial disappointment of the second movie the studio (Orion) was struggling financially so they unwisely decided to go for the PG-13 market with part 3 and as we all know that didn’t help at all which pretty much ended the series (at least cinematically) until the 2014 reboot.

Overall, if you’re a fan of RoboCop then you should track this book down as it’s one of the best behind the scenes reads you’ll see giving honest insights into the series and plenty of glossy pictures too.