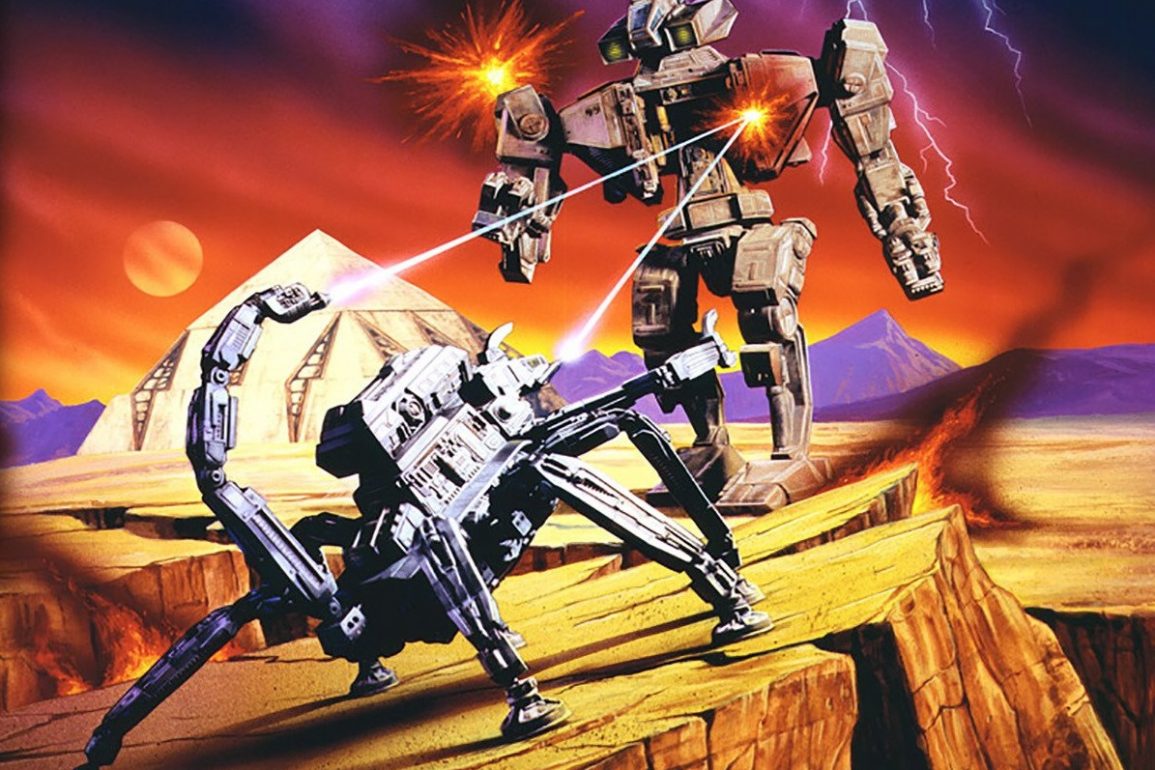 Robot Jox vs. Crash and Burn vs. Robot Wars

If you’re a fan of old school action fodder like me then you’ll already know that Tubi is arguably the best streaming service on the market right now as it has all kinds of forgotten gems.

I hadn’t seen Robot Jox, Robot Wars and Crash and Burn for many years so I decided to treat myself to a triple bill last Saturday. Normally we do 2 movies against each other, but I feel like this is sort of a trilogy with Charles Band’s involvement so let’s take a look and see which is the best…

Plot: In the distant future, mankind has forsaken global wars for battles of single combat. The world has been divided into two opposing superpowers, with each side represented by trained champions.

Boy, does this bring back some happy memories as when I was growing up I adored this movie; watching huge mech robots tearing strips off each other never loses its appeal and as an adult in my 40’s I still love every second of it. Some of the effects are a little dated but I have a soft spot for stop motion and for the most part the visuals still hold up.

Directed by Re-Animator maestro Stuart Gordon (with Jeffrey Combs also appearing for a cameo) despite being a little corny this is still a damn good time.

Gary Graham is our lead Achilles who is one of the hotshot Robot Jox and makes for an appealing protagonist. He is getting older and has reached the end of his contract having survived 10 battles with his nemesis Alexander (a wonderfully over the top Paul Koslo). The only problem is Alexander is a bit of a cheating bastard and Achilles jumped in front of him to try to save the lives of spectators. It did not go well and Achilles robot fell and crushed several hundred innocent people… oops.

Due to this tragedy Achilles vows never to fight again so some young upstart called Athena (noticing a pattern with these names?) wants to take his place. Will Achilles come back for one final battle? Probably!

Robot Jox is an hour and 24 minutes of pure joy; the kid in me can’t get enough of it and the robots still look awesome. Sure, you could remake it and it would arguably have better visuals but the stop motion gives it a charm as does the sweeping heroic orchestral score and regular action scenes. There are fistfights every few minutes which are all coherent and during the final epic showdown Alexander’s four-legged robot(!!) takes out a giant chainsaw!!!  If that doesn’t float your boat then I don’t know what your deal is, man.

Anyway, Robot Jox is awesome and to this day holds up is a cracking mech robot fight movie that has a special place in my heart. 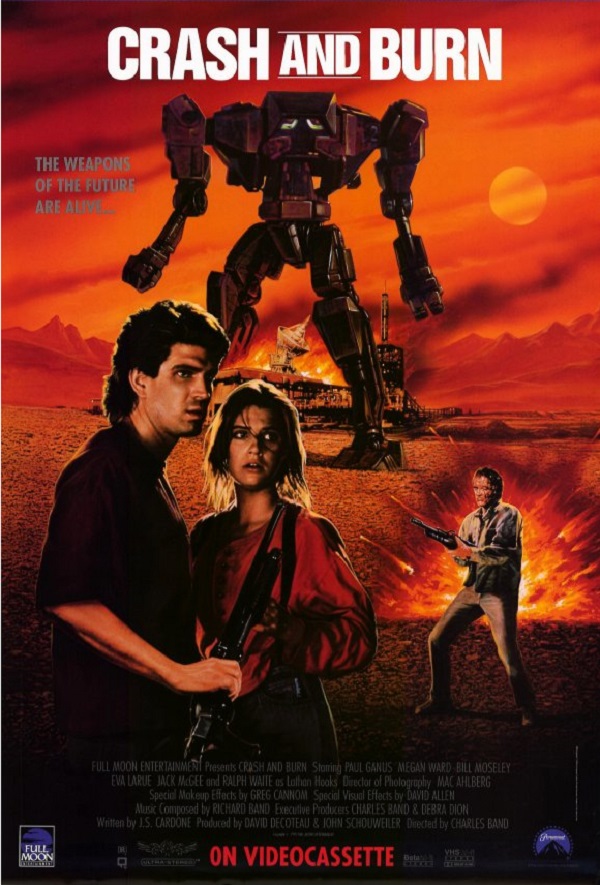 Plot: Unicom is a powerful organization overseeing most of the world after its economic collapse. They have banned computers and robots in an attempt to insure “life, liberty, and the pursuit of economic stability”. When a Unicom Synth robot infiltrates a southwest TV station and kills the manager, a revolutionary against the gestapo-like corporation, a lowly Unicom delivery man must help the rest of the station survive through the incoming “thermal storm”.

I always thought this one was a little falsely advertised as the poster shows another huge mech robot but it only gets literally 5 minutes of screentime towards the end. The rest of the movie is a mixture of The Terminator and The Thing which is absolutely fine.

There are a few more recognisable faces this time with Eva LaRue (who we all fell in love with on CSI: Miami), Ralph Waite, Megan Ward, Jack McGee and Bill Mosley all making an appearance.

There isn’t much action until the final 20 minutes and there are zero scenes featuring robots fighting which is a letdown. It’s still not boring though as it has this post-apocalyptic atmosphere throughout that keeps a feeling of impending doom.

This group of survivors have to contend with a potential robot spy who has infiltrated their group so everyone is trying to guess who it is and there’s even a scene where they do a blood test similar to The Thing. It’s pretty obvious who it is from the get-go… who is the actor who we see playing psychos a lot? Hmm…

What surprised about these movies is that the acting is genuinely decent where you’d expect it to be laughable but it all still holds up. The twist at the end is also a lot of fun making this an entertaining post-apocalyptic action flick that isn’t really anything like Robot Jox. 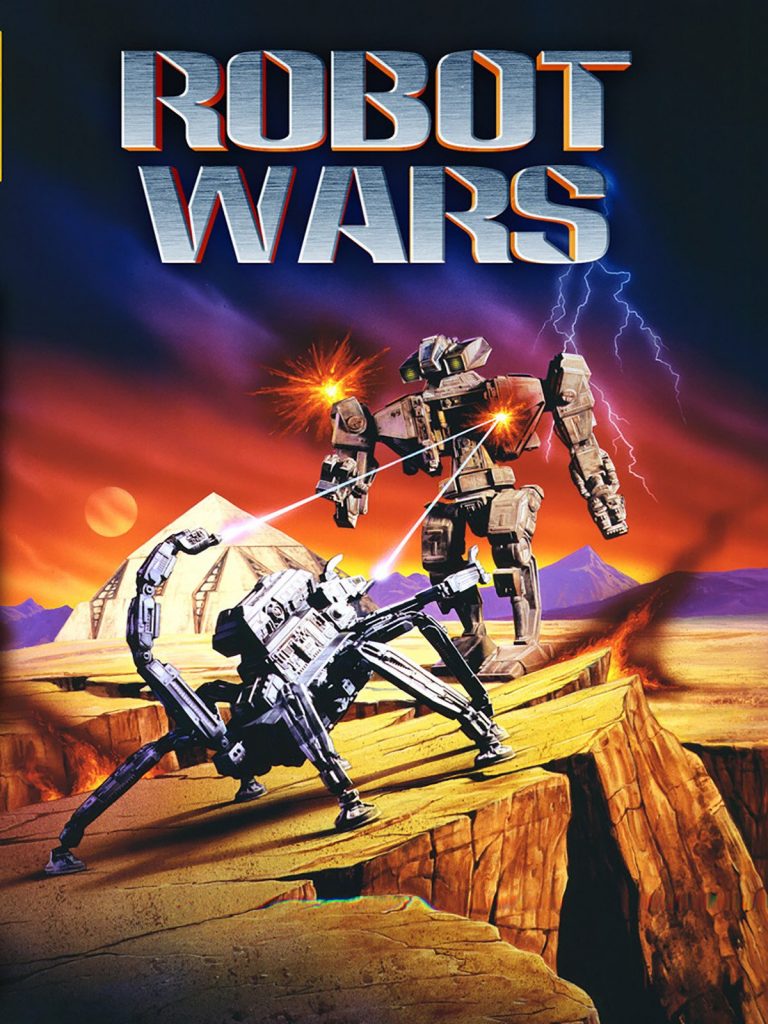 Plot: Only an obsolete MEGA-1 robot can stop a terrorist and his hijacked robot goliath, the MRAS-2.

Robot Wars feels like a proper sequel to Robot Jox as we get to see giant robots fighting each other again; this time one of them is a scorpion and is one of my all time favourite giant robots. Why don’t we have these as modes of transport now? If I have  to go back to my office job I should at least be allowed to travel in a giant fucking scorpion with lasers.

Don Michael Paul plays our lead Drake; his name is familiar because you know him from Rolling Vengeance and he would later turn to directing having helmed a few of the Sniper films as well as Jarhead: Law of Return, Death Race: Beyond Anarchy and Scorpion King: Book of Souls.

His character Drake is kind of an arrogant douche but he is appealing and has some nice chemistry with legendary scream queen Barbara Crampton who plays the feisty Leda Fanning; she thinks there is more going on behind the scenes other than just transporting passengers back and fourth… and she’s right. Leda is the real brains of the movie and easily the best character; she’s a total ass kicker and is the perfect foil for Drake.

I love how his first name is Marion which is a nice nod to John Wayne who is mentioned regularly throughout. This also has a hilarious Easter egg where they are in an old town which has a theatre advertising Puppet Master 54 (Charles Band produced the Puppet Master films).

For some reason Danny Kamekona returns for this movie even though his character died in Robot Jox but this time he is playing a different character; spoiler alert! He is the villain which is an obvious twist we can see coming from a mile off but he’s a fun antagonist.

The finale has two mega robots facing off against each other and is pretty satisfying stuff; this has a bit of a lighter tone than the other two movies with some nice humorous touches.

Apparently another sequel was planned called ‘Battle Jox’, which would’ve focused on giant dinosaur robots, but it was ultimately cancelled. So you’re saying we could have had giant dinosaur robots and it didn’t happen? Bring me the head of the person behind this outrage!

Overall, Robot Wars may not be a great movie but I do have a lot of fun with it and how can you not enjoy a movie with a huge robot scorpion?

I find there is something to enjoy in all three of these cheese-tastic films but I’ve gotta go with Robot Jox just for sheer nostalgia and I think it has the best action scenes. blik casinos.