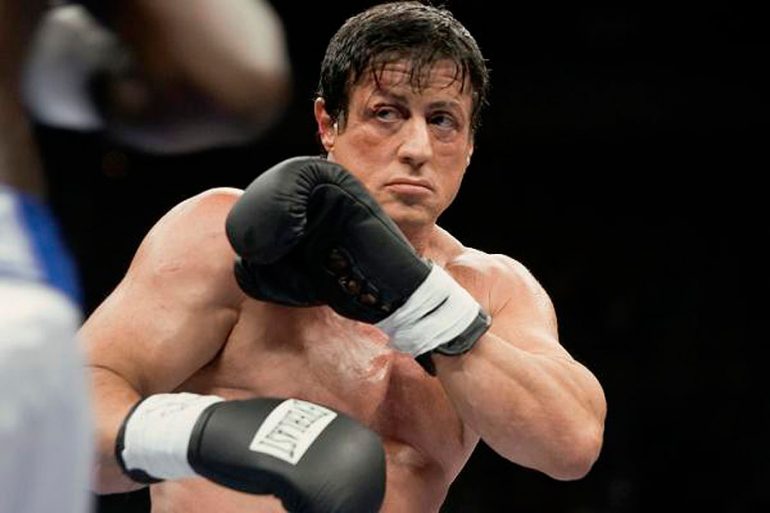 Rocky Balboa was a great comeback film for Stallone who apparently still has plenty “in the basement” as well. Like Rocky, as soon as you’ve got nothing left to prove then you’re no longer alive.

Plot: Rocky Balboa comes out of retirement to step into the ring for the last time and face the heavyweight champ Mason ‘The Line’ Dixon.

Review: I think this may well be my favourite of the Rocky sequels; nobody had particularly high expectations but Stallone as usual surprises everyone by giving one of his most moving performances.

Rocky owns a restaurant now and his days of fighting are behind him. His beloved wife Adrian has passed away and he feels incomplete. He still has something “in the basement” and he still has the urge to do the only thing he was ever good at, fighting.

Stallone is in great shape in the movie and his training and fight scenes are fantastic; he still has the moves. I’ve never really liked the character of Paulie; he is a total loser character who always treated his sister like shit. He is filled with regrets for the way he treated her so this story is about him as well. Burt Young plays the character well and despite his many flaws, you do sympathize with him because he’s so pathetic.

You’ve still got the fantastic music too, including Gonna Fly Now which remains the best training music of all time.

Milo Ventimiglia plays Rocky Jr. who kinda resents his dad for his fame and he wants to make his own name for himself without living in the shadow of his father.

Stallone’s at his very best in terms of writing when it comes to the Rocky movies; he totally understands the character and he makes him vulnerable and likable.

Overall, Rocky Balboa was a great comeback film for Stallone who apparently still has plenty “in the basement” as well. Like Rocky, as soon as you’ve got nothing left to prove then you’re no longer alive. A classic.