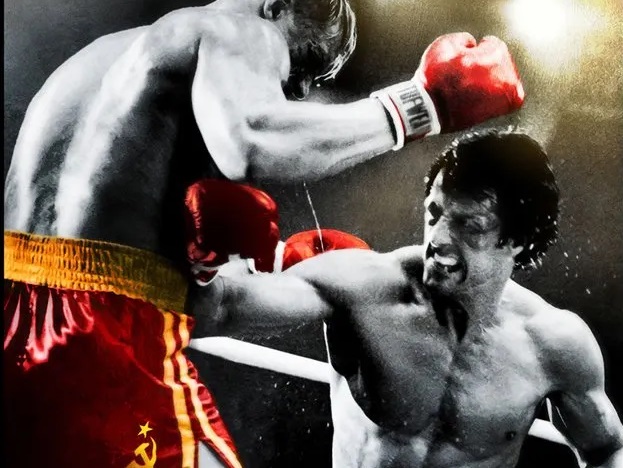 Rocky IV: Rocky Vs. Drago: The Ultimate Director’s Cut is well worth your time and improves many elements of the theatrical cut however, I still love the original so I’m torn as to which is better. I’ll just enjoy both.

Plot: When Rocky Balboa’s former nemesis and best friend, Apollo Creed, is killed in a fight with a smarmy Russian fighter, Rocky takes it upon himself to get revenge for his old pal by heading to Russia to down Ivan Drago. This special cut of Rocky IV by Sylvester Stallone includes 40 minutes of unseen footage.

Review: I know someone is going to whine that this isn’t an action movie but it has Stallone in it so shut up.

We’ve all seen Rocky IV many times over the years and it’s one of my favourites of the franchise (Rocky III is my number 1) so when Sylvester Stallone announced he was doing a Director’s Cut I thought it was an odd choice after so long but was still intrigued.

This new Director’s Cut entitled Rocky vs. Drago focusses more on the dramatic side of the story so the tone feels more like the first few films which is a welcome touch however, I never had a problem with anything in the original version but this is still fun to see how different in tone a film can be by doing different shots/takes of certain scenes.

The biggest outcry from fans was the deletion of the robot from the movie which even at the time felt silly (and just very 80’s). I’m glad it was removed as this works better dramatically with subtle differences to nearly every scene so we get more character moments. In the theatrical cut we got the exploding boxing gloves for the opening credits but now it is the more understated title saying Rocky IV: Rocky vs. Drago.

Now the cast get more dialogue moments adding more weight to the story and Apollo’s funeral scene even had me tearing up. Paulie has less to do this time but it still works in keeping the focus on Rocky and his impending battle with Drago. Speaking of Dolph he gets a few more moments and you can tell that after Creed II Sly wanted to make him a bit more of an interesting character which he now is but it isn’t anything massive.

There is the odd noticeable edit and American viewers will notice that some of the jingoism has been toned down too but it still keeps the politics in there as that was always at the backbone of Rocky IV.

Some of the 80’s excesses have been removed but all the moments we love especially the training montages all remain intact; Rocky IV may well have the best training montages of all time so if it ain’t broke don’t fix it.

The final fight is as thrilling as ever and Rocky’s sentiments at the end are still relevant today without coming off as overly corny. Both Sly and Lundgren were in peak shape here with Dolph looking like he was chiseled out of stone.

I really wish I’d got to see this on the big screen but it wasn’t released here so I had to watch it on Apple TV which was fine but I feel like I missed out seeing it as it was meant to be.

Overall, I’m not going to go into more detail about all the changes as we’ll be here all day but Rocky vs. Drago is an interesting experiment and manages to drastically change the movie’s tone but still keeps the heart and soul of it. Is it better than the theatrical? Maybe but I’m so used to seeing it that it’s a little jarring to get used to the differences. I would check it out for sure and I’d be intrigued to here people’s thoughts on this one.