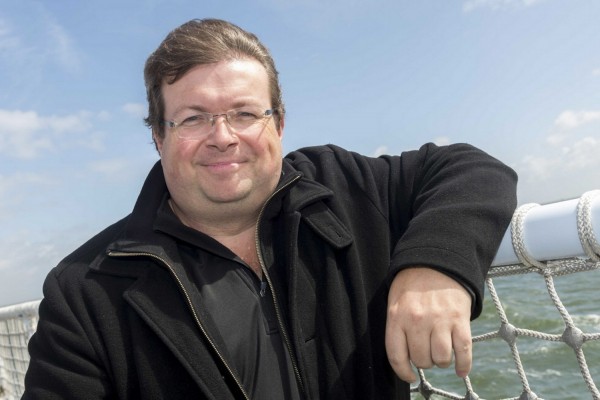 Roel Reiné has made a name for himself directing action movies from Death Race 2/3, The Condemned 2, 12 Rounds: Reloaded, Dead in Tombstone, The Man with the Iron Fists 2, Hard Target 2 (upcoming) and many more.

His newest film Admiral took him to Holland where he would recreate 17th Century ship battles like we have never seen before.

The script development and research apparently took six years to complete. When did you come on board and how did it come about?

I came aboard about 4 years ago because I always wanted to tell this story; at the time of the story The Netherlands/Holland were an Empire and I’d always read about all the things that this Admiral Michiel de Ruyter character did. I was always fascinated by it but never really got the skill to do it because it’s a very complicated movie. Nobody had ever done 17th Century sea battles in Holland before. So a few years ago I started developing with the producer and I brought in a new writer and we started from scratch writing the screenplay. I think that took about two years and then we worked on financing and putting everything together, then a year and a half ago we shot the movie.

As Admiral is based on a true story do you find there is more pressure to make the film as authentic as possible and to make sure events and people are depicted correctly?

Yes, I’m a stickler for historical correctness; I think about 70% of the movie is historically correct and 30% is dramatic leeway. So for me it was kind of important to get the right feeling and the right historical moments into this movie. At that time when the king had power he was like 14 years old and the course of the movie takes place over 22 years. I didn’t want to end up with a movie that had characters that changed actors or changed make up and do prosthetics to make them look older because I wanted to make a movie that people could feel. The only way you can feel with characters is if you go with them so I took all the ages out and made the actors an average age so you could enjoy the movie much better but we still manage to show 22 years of historical moments.

Would you say this is your most personal film to date?

Yes, absolutely. For me I’ve made a lot of action movies in Hollywood and they are a lot of fun to do but I always felt I’m more interested in drama and emotion. I’ve always been looking for the right project which had the perfect balance and I think Admiral has that perfect balance between emotion, personal stories, big scope, political battles and of course a lot of action. So me it had the right balance of being entertaining, historically correct, epic and an emotional movie.

What made Frank Lammers the right choice to play Michiel de Ruyter?

The main reason was historically Michiel de Ruyter was a man of the people so he was not someone from royal descent and normally all the admiral positions were given to people of nobility/royalty and Michiel was not. So this person became a huge hero but he didn’t act like a hero and didn’t come from the aristocracy. I wanted to find an actor who could be very grounded as this character and Frank Lammers is a very grounded actor. He’s a very top class actor; he’s very grounded and looks like a man of the people. If you also look at paintings of Michiel de Ruyter he kind of looks like him. So it was a perfect match of a really good strong actor, a star in Holland and to be a normal grounded person that he needed to be to play the part.

It looks like there was a lot of practical effects used; do you prefer that rather than CGI? I think it creates a better sense of scale to the action…

Yes, you’ll remember from my Death Race movies that I really like practical effects; I remember my first meetings with producers and financiers. I said to them “listen, there will be NO greenscreen or bluescreen in this movie! We’re going to do it for real because it just makes it look more realistic.” So we had 3 replica 17th Century ships built to real scale and two of them could really sail; one of them was a real museum ship that also had a beautiful interior that we used. We used this lake in the middle of Holland where we could put one of the ships on the dock and the other two ships would pass by in full sail shooting broadside canons. So that’s kind of how I did the sea battles; then during this process special effects supervisors shot thousands and thousands of photos and moving images. Then in the shots we kind of doubled, tripled and quadrupled those same ships so when you see a ship on the cameras those are all the same ships which were doubled using compositing effects but they are the same thing over and over again. There are only 24 full CG shots and those were the Google Earth angles of the sea battles because I wanted to have some differences to show you how complicated these battles were and you can only do that from a certain perspective. We are now so used to seeing drone shots or Google Earth watching your house so I really wanted to have that drone/Google Earth feeling to see these battles and those are full CG shots.

Would you say this is the most challenging movie you’ve made so far in terms of the scale?

Yeah, it was challenging; we made the movie for $8 million and we had to make it look like an $80 million movie so it was difficult. We shot the movie in 42 days and the sea battles I shot in 2 and a half weeks. It was kind of insane; in Hollywood they spend 2 and a half weeks doing 1 fight or 1 chase and we did all of ours in two and a half weeks. That was all challenging, especially doing this in a country where yes, we know how to sail boats but we don’t know how to make movies of this scale. So I brought some people who worked for me on Death Race; we brought them to Holland to do stunts and rigging. We used special effects/explosions guys who had worked on some of my other American movies like The Man with the Iron Fists 2. So I brought these guys from outside of Holland and the rest we just had to figure out how to do it. Everything else was shot on real locations in real towns so we had to get rid of parking meters and traffic lights but local governments really helped us out as everyone really wanted to see a movie about this hero and they helped us out by cleaning up the cities.

How would you compare the filmmaking process in The Netherlands to Hollywood?

It’s similar but in Holland you need less people to do the same thing that you’d need in America; the crews are smaller so more people are used to doing double duties on jobs. It’s a similar process though; it’s all making movies and movies can only really be made one way. Also for some things I introduced a lot of stuff too; in Holland there are no directors who also DP and operate so that was something really shocking for a lot of people but after a day they got used to it.

Did the final film turn out the way you initially envisioned?

Yes, this is the first movie where I got everything I knew I could get within the restrictions. I got everything that I wanted and I was really happy with the end result. I loved the performances and the music; Trevor Morris’ score was beautiful. I loved the look of it; I wanted it to look like a Rembrandt painting in the way we light it so yeah, I was very pleased with every moment of that movie.

The music was fantastic; how did find the right composer for it?

Trevor Morris is a friend of mine; he has composed many of my movies. He also did Death Race 3 and he’s a very big composer; he does big, epic scores like Vikings, The Tudors, Olympus Has Fallen and London Has Fallen so he does big stuff and we wanted to do this huge score. So he wrote the score and we got an orchestra in Belgium and it was all quite spectacular. Trevor also says that this is his favourite score that he has ever composed so that’s really good.

Your next movie is the highly anticipated Hard Target 2 starring Scott Adkins; any word on when we’ll see a trailer?

I just locked the picture and I showed it to Scott Adkins who plays the lead. I showed him all the fights and he’s really happy with them; he thinks they are very cool so that’s great. Now going to mix and work on the score; I’m not sure about the trailer but I heard that we get to see it in June or July but I’m not sure.