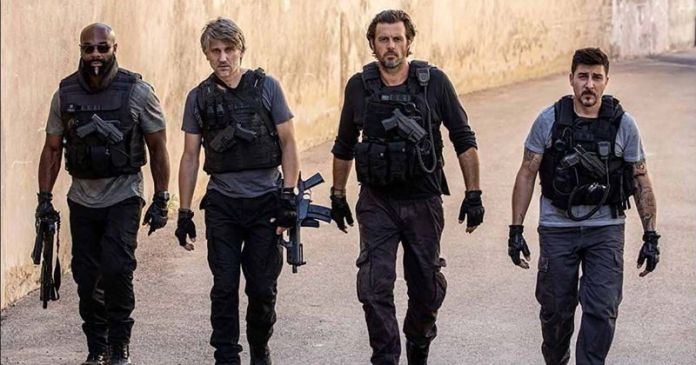 Rogue City isn’t anything we haven’t seen before but there are some decent shoot-outs and shades of grey with the characters to make it watchable.

Plot: Richard Vronski is a member of the Anti-Gang Brigade, and while he may employ some unconventional methods, he seems to get the results they need. However, the rivalry between the gangs in Marseille becomes messier and more violent, and with each passing day, the cops have to do their best so that their personal lives do not get intertwined with their dangerous profession. After all, corruption and dishonesty surround them. Although Vronski tries his hardest to protect his teammates, the consequences of their actions could cost them their lives.

Review: Rogue City is the latest French action thriller to come to Netflix and despite having some impressive shoot-outs it’s business as usual and nothing we haven’t seen before.

There is very little new that can be done with the dirty cops genre as there have been a lot of these movies over the past few years but Rogue City has enough strong performances and bloody action scenes to keep things interesting; I do wish it had a bit more on the action side of things but what we get is well executed.

In Rogue City everyone is corrupt where the cops are every bit as bad as the criminals they pursue with our main protagonist Vronski (Lannick Gautry with spectacular hair) struggling to remain loyal to his colleagues no matter the cost to his own soul.

There are a lot of characters and at times it gets a little hard to follow but it’s well paced and gritty with twists and turns so you never know where it’s going. I found the ending was the only way it could go and proof that your sins will always find you.

The opening scene is an immediate attention grabber as we hear screaming and then gunshots introducing us to Will (Stanislas Merhar), a cop who has reached the end of his tether. Then we flashback to the events leading up to this shocking moment but it never quite keeps up that intensity.

My main reason for wanting to see this movie was the casting of David Belle (District B13) but he doesn’t have much to do and it’s more of a supporting role. Still, fans of the District B13 movies will enjoy seeing him in it.

Jean Reno also has a part as Ange Leonetti who has his own skeletons in the closet so there is no one who is innocent in this tale. I don’t want to go into any more detail regarding characters or story so I don’t spoil anything.

The film looks great and the action is fluid and coherent although personally this is one time watch territory; once you know how it all turns out there is little reason to revisit it again.

Overall, Rogue City is your typical gritty corrupt cop affair but the action is well done and it’s briskly paced so if you’re looking for something to watch with a few twists in the tale you could do worse.