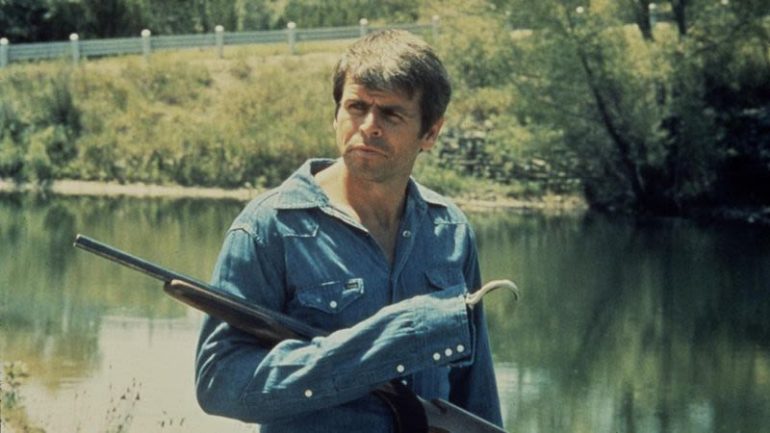 Rolling Thunder is a great revenge movie with amazing performances and a tense atmosphere; it may be a little slow for some tastes but I loved every moment.

Plot: Major Charles Rane comes back from the war and is given a number of gifts from his hometown because he is a war hero. Some greedy thugs decide that they want to steal a number of silver dollars from him. In the process they also manage to kill his wife and son and destroy his hand. The Major wants revenge so he enlists the help of his war buddy Johnny to meet the thugs in a final showdown.

Review: I stand by my opinion that the 70s arguably gave us the best films of all time and this has Tommy Lee Jones give one of the most understated performances of his career. Both he and the main protagonist (Major Charles Rane) played by William Devane are two men who return home from a POW camp in Nam trying to adjust to a normal life.

Alas, life refuses to stay normal for them as Devane’s wife and son are murdered by a group of thugs.  You’re expecting Devane to pick up a gun straight away and go on a Bronson-style killing spree. This doesn’t happen though until the last 15 minutes during the climactic and fantastic shoot-out in a Mexican brothel.

The movie is an exercise is subtlety and for the first 30 minutes nothing really happens; Devane finds out that his wife had an affair while he was away and he hardly reacts. We discover that while he was a POW he was tortured to the point that he no longer feels anything, especially pain.

It’s such a restrained performance that at times you just want to slap him to get a reaction, but he doesn’t break right up until the very end.

Tommy Lee Jones is also struggling to find his way in the normal world and eventually joins Devane in his quest for revenge.

It’s funny that the bad guys aren’t in it for all that long but when they are on screen they are pure evil. Although the movie is violent, most of it happens off screen and your imagination is left to ponder what is happening. I’m pleased about that because I didn’t really want to see Devane’s hand in the garbage disposal unit…

The music is sparsely used and there really isn’t much of a score to speak of; when there is music it works well and is never intrusive.

Director John Flynn does interesting things with the camera and the scenes don’t rush along, so the pacing won’t be for everyone. It is more of a character piece rather than an out and out action movie, but I found there was underlying tension right from the start and you really feel for Charles Rane.

On a side note, Flynn also directed Steven Seagal’s best film Out for Justice and the Stallone classic Lock Up; sadly he passed away in 2007.

Overall, Rolling Thunder is a great revenge movie with amazing performances and a tense atmosphere; it may be a little slow for some tastes but I loved every moment.