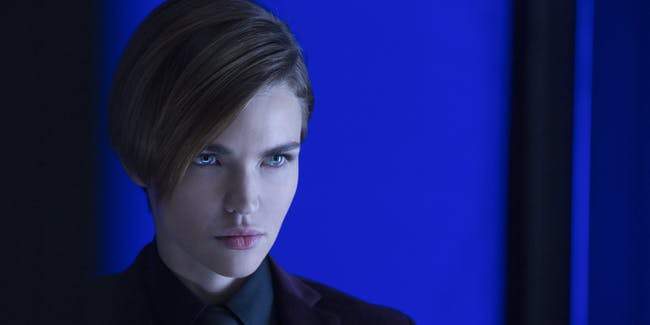 I stopped watching Arrow and The Flash a while back which means I’ll likely never see this however, Deadline is reporting that Ruby Rose (John Wick: Chapter 2) has been cast to play Batwoman who is set to make her first appearance as part of The CW’s annual DC Arrowverse crossover event in December. Rose also is set to play the role in the Batwoman series the CW has in development for next season. While the project is still in the script stage, with a star of Rose’s caliber attached and DC Universe architect Greg Berlanti behind it, it is likely to go to pilot and series.

Apparently the CW is not planning to use the crossover as a pilot for Batwoman but instead will film a full-length pilot as it did with flagship The Flash.

In the CW’s Batwoman, written by Caroline Dries based on the DC characters, armed with a passion for social justice and a flair for speaking her mind, Kate Kane (Rose) soars onto the streets of Gotham as Batwoman, an out lesbian and highly trained street fighter primed to snuff out the failing city’s criminal resurgence. But don’t call her a hero yet. In a city desperate for a savior, Kate must overcome her own demons before embracing the call to be Gotham’s symbol of hope.

Will you watch it or are you also bored of the Arrow-verse?