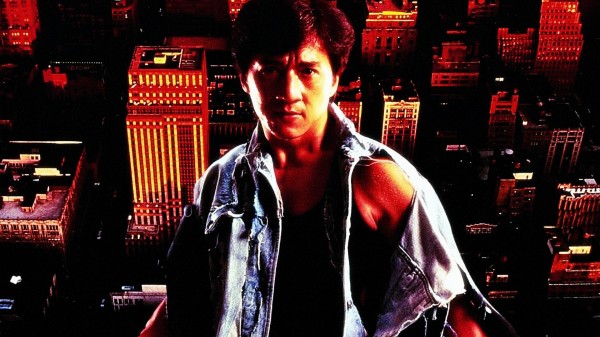 Rumble in the Bronx is Jackie Chan on top form with some spectacular stunts and a finale unlike anything we’d seen before. Despite the one note villains and awful dubbing, it never fails to entertain.

Plot: A young man visiting and helping his uncle in New York City finds himself forced to fight a street gang and the mob with his martial art skills.

Review: This is one of Jackie Chan’s most popular movies and it’s easy to understand why; it brought him to the American mainstream and the action is off the scale. Chan isn’t afraid to go all out with insane stunts and remains one of the greatest action stars of all time.

Rumble in the Bronx has some truly jaw dropping fights and what’s interesting is that Chan’s character Keung isn’t invincible. In fact, he ends up getting his ass kicked a few times and the scene with the gang members hitting the broken bottles at him was quite unexpected. I thought he was going to find a way to get out and beat everyone up but nope, he’s left in a bloody heap.

Keung is a good man who always tries to do the decent thing but isn’t afraid to stand up for others when pushed; although he is a little naïve about the world. Chan is always so likeable on screen and you’re always rooting for him and this movie is no different.

The story isn’t anything new and doesn’t try to be; it’s essentially one man vs. street thugs which we’ve seen before however, I didn’t expect the twist that he ends up teaming up with them at the end to bring down the greater threat. That didn’t quite work for me; after everything they did to him, I sure as Hell wouldn’t be friends with them, but that’s just me. Also, the thugs didn’t come across as real people but just one note stereotypes which made their sudden turn to the good side totally unbelievable.

Aside from that there were moments where I was genuinely cheering in the aisles. The hovercraft finale was something I had never seen before and it wasn’t CGI or models either, which is always so much more impressive. It’s ludicrous fun and doesn’t overdo the humour keeping things tense when they need to be.

One thing which really stood out was I don’t think I’ve ever seen a disable child get beaten up so much; I couldn’t believe some of the stuff that happened to the poor kid.

The dubbing is pretty terrible but it’s not the worst I’ve seen; I would love to see it in its original language but I don’t know where to get it.

Overall, Rumble in the Bronx is insanely fun with Chan on top form and some spectacular stunts and has become one of my favourite movies of his.