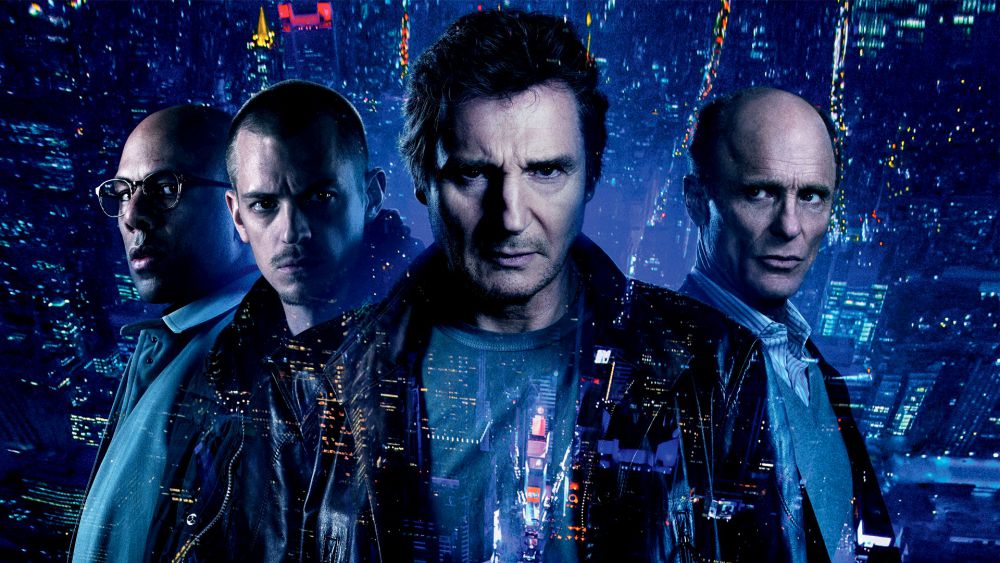 Run All Night is a riveting action thriller with well-developed characters and Neeson, Harris and Kinnaman on fine form.

Plot: Mobster and hit man Jimmy Conlon has one night to figure out where his loyalties lie: with his estranged son, Mike, whose life is in danger, or his longtime best friend, mob boss Shawn Maguire, who wants Mike to pay for the death of his own son.

Review: Liam Neeson is back and I’m pleased to say that that Run All Night is one of his best films in years!

After the disappointing Taken 3, we all wanted Liam to come back with something better and thankfully he has. It takes about 20 minutes before the action kicks in but before that we have some great character moments and Jimmy Conlon is one of Neeson’s most layered yet. He’s an alcoholic ex-hitman who is filled with regret and has essentially become a bit of a joke to his “friends”.

This is no Bryan Mills; Conlon murdered about 17 people over the years so it’s not like he’s the invincible hero; he’s very flawed and yet it’s almost impossible to not root for Liam.

The only person who still treats Conlon like a friend is his childhood buddy Shawn Maguire, played by the always brilliant Ed Harris. This doesn’t last too long though when Conlon is forced to shoot Shawn’s son to protect his own offspring Mike (Joel Kinnaman) and the former best friends become enemies that will all come to an explosive conclusion over the place of one night.

Kinnaman (RoboCop) has a fierce countenance and he’d be a great villain; he’s a little hard to root for in this but when you think about it, I suppose you wouldn’t be too pleased if you’re dad was a hitman… unless you’re me because that would be awesome.

Once things get going Run All Night becomes a refreshing shot of adrenaline with some stunning action sequences, including a car chase through the streets of New York. I have to admit that car chases rarely excite me these days as they have been done to death but this one managed to be genuinely thrilling.

The action is seamless and incredibly stylish with some innovative camera trickery; the film had a Michael Mann-esque feel to it, especially the scene with Neeson and Harris in the restaurant which was reminiscent of Heat.

Harris just oozes menace and is pretty scary and yet you can see where he’s coming from; although his son was a mess, it was still his blood.

The movie had a pervasive feeling of threat with a tense atmosphere and some quality hard R violence.

There’s a great moment with Neeson walking into a bar and this is him at his badass best where he takes out the trash as only he can.

Storywise it really isn’t anything all that original and follows a formula but the execution was fantastic and you’re engaged right up to the finale.

I loved the music score from Junkie XL which really stood out during some moments and had a really BIG sound to it.

Overall, Run All Night is a riveting action thriller with well-developed characters and Neeson, Harris and Kinnaman on fine form.