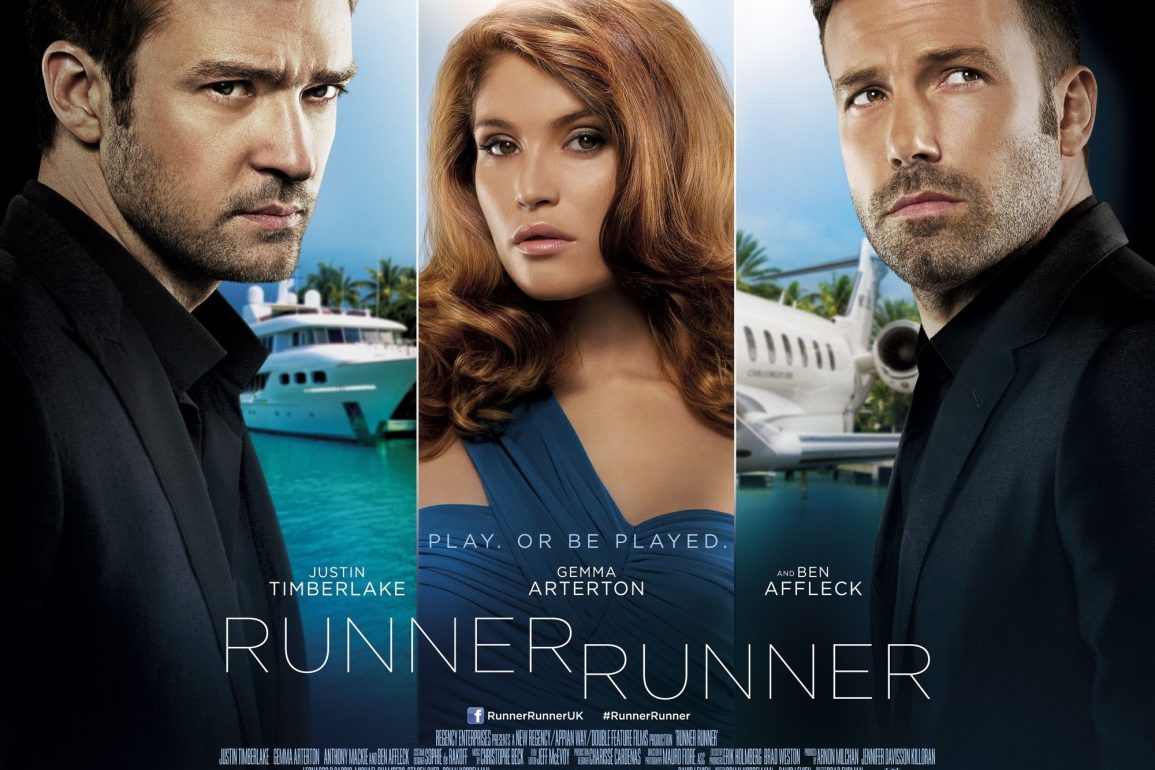 Runner Runner Flop. A Genre is in Desperate Need of Modernisation.

Gambling is a perfect subject for narrative drama.  A poker game has a cast of characters and the interplay of these characters will affect the outcome of the narrative.  The game imposes a narrative structure, with a steady build-up of tension and an explosive climax.  Drama is such an integral part of gambling that we use it as a metaphor, when something is risky, we say the stakes are high. Hardly surprising then that there is a long tradition of films which have gambling as their central activity.

Martin Scorsese called Thorold Dickinson’s 1949 ‘The Queen of Spades’, a masterpiece.  The film may be as much ghost story as anything, the central character sells his soul to the devil in order to win at cards, but its climax is a card game on which everything is staked.  In the sixties, there was The Cincinnati Kid, a gambling classic if ever there was one, in which the unmatched charisma of a youthful Steve McQueen is crushed by the Edward G Robinson’s establishment figure, the man, in a final poker game the outcome of which is still a matter of debate amongst purists.

What are the best-ever gambling films?  It’s a matter of personal taste of course. I’ve got a soft spot for stage heavyweight David Mamet’s labyrinthine ‘House of Games’, plenty of tense poker and an interesting female protagonist.  Scorsese’s pop at the genre ‘Casino’ may not be his best film but it’s a pretty memorable cinematic experience, De Niro struggling to run a Casino with the help of a deliciously unhinged Joe Pesci.  And then, right at the end of the nineties, there’s Rounders.  Not an instant classic but a film which chimed with a growing interest in poker and which is now a secure cult favourite.  You can see the Cincinnati Kid formula at work: newbies Edward Norton and Matt Damon up against John Malkovich’s carpet chewing Russian gangster.

And then in the noughties, with poker the preferred pastime of the Hollywood elite and absolutely everyone playing a poker app on their mobile, the genre loses its way.  Not that there aren’t some interesting movies.  William H Macy in ‘The Cooler’ (2003) plays a character whose job is to wander the casino bringing bad luck to those on a roll.  It’s a great movie but it’s a character movie with a gambling background and the drama isn’t derived from the gambling.  The same could be said of ‘Owning Mahowney’ (2003) in which compulsive gambler Phillip Seymour Hoffman steals from his bank to pay his debts.  ‘21’ the true-life story of MIT card counting students who took on the Vegas Casinos should have been a classic gambling movie but it’s not, it’s ‘mundane melodrama’.  Which brings us to 2013 and ‘Runner Runner ’, an attempt to bring the gambling movie bang up to date.  Justin Timberlake is an on-line gambler up against Ben Affleck and the result is generally derided as a ‘paint by numbers thriller’.  So, we have a paradox: a genre which is inherently dramatic, which should be able to tap into a bigger audience than ever before, has lost its way.  Who you gonna call?