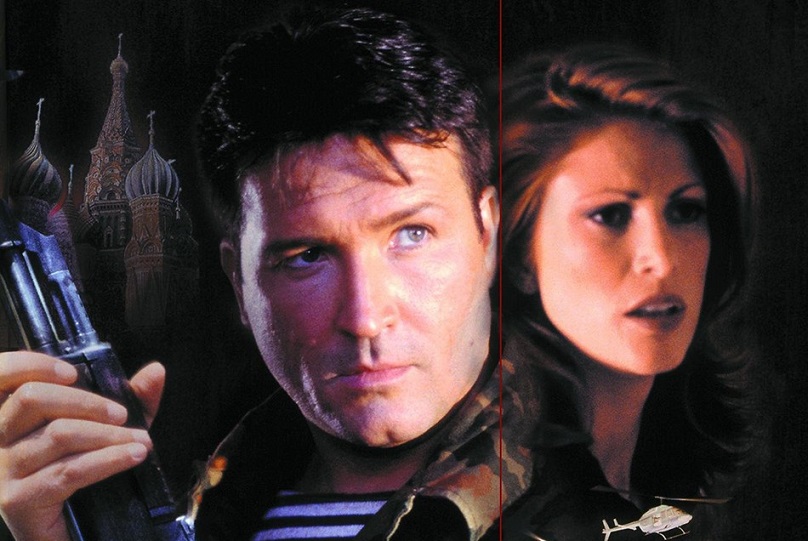 Running Red is one of Jeff Speakman’s lesser discussed movies but it has enough action to be worth checking out; just don’t expect to give it much thought once the end credits start to roll.

Plot: Upset over his brother’s murder, Soviet special agent Gregori Wallace leaves Russia to start a new life in the United States. Now happily married to a beautiful woman and the father of a little girl, Gregori soon realizes that he can’t outrun the past.

Review: Jeff Speakman stars in this solid if somewhat forgettable actioner where he plays a former Soviet Special Agent who leaves Russia and comes to the United States. I never understood why he sounds American in the opening scenes as he is meant to be Russian but there is a strong possibility I wasn’t paying attention if and when that was explained.

Anyway, it doesn’t detract from the enjoyment factor as Running Red has enough B movie thrills to entertain. Speakman still had the moves and it’s too bad he didn’t become a bigger star as he always made for a sympathetic protagonist and he looked the part in action scenes. There are a few fights and chases here although they are nowhere near the quality of the action in the likes of The Perfect Weapon.

Did anyone else notice that the sequence on the bus is straight lifted from Red Heat? I wonder how they get away with doing that, but I’d love to hear some behind the scenes gossip for this one…

Elya Baskin plays Strelkin – one of Greg’s former comrades who returns to force him to kill for them again. I struggle to take him seriously though as I will always see him as Mr. Ditkovich in the Spider-Man films. The late Stanley Kamel played the primary villain Alexi and he made for a decent if not all that memorable bad guy.

Angie Everheart adds the requisite glamour as Greg’s wife and despite not having all that much to do other than be suspicious of where he keeps going she still lights up the screen.

At around 90 minutes Running Red is well paced and never dull; it’s nothing life changing but it makes for a fun ride.

Overall, Running Red is hardly a classic action movie but Jeff Speakman’s everyman charisma makes it worthwhile and there is enough action to keep you engaged even if it’s not all that spectacular.