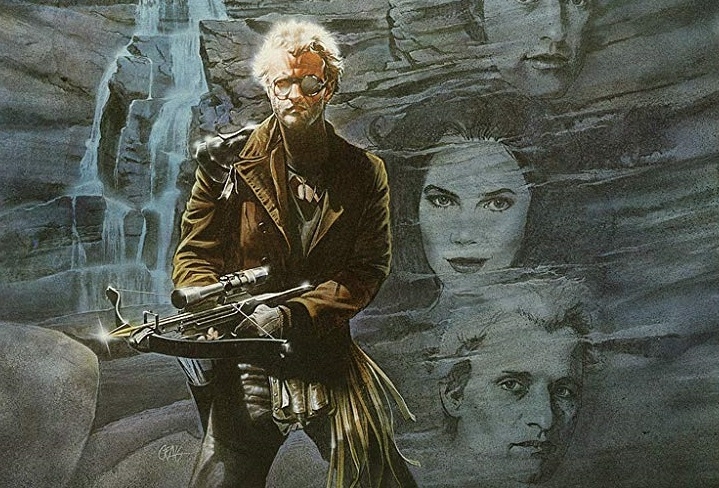 I have to confess I blind bought the Blu-ray of this movie the other day and hadn’t seen it until now but what a treat it was.

It has a unique story that was ahead of its time in terms of an action movie that was pro nature/the environment and unlike Steven Seagal they didn’t have to blow up an entire oil rig full of people to make the point… although there is still no shortage of action.

In this movie Jim Malden (Rutger Hauer), a Vietnam vet who’s lost his family, lives virtually alone on a bird-filled island, where he’s a committed conservationist. When rock climber Mike Walker (Powers Boothe) is hired by passionate egg collector J.P. Whittier (Donald Pleasence) to steal the eggs of the rare bald eagle, which lives on Malden’s island, he tells Malden he’s a nature photographer to gain his trust. However, Malden’s infectious passion for the wild forces Walker to reconsider the plan.

A Breed Apart refuses to be predictable and I had no real idea where it was going; Rutger Hauer’s nature loving (but possibly nuts) Vietnam vet is quirky but strangely unsettling at times so you aren’t quite sure how good a guy he is. He and Kathleen Turner’s shop owner are pretty much in love with each other but don’t want to admit it but when Michael (Boothe) appears on the scene Jim realizes just how he feels about her.

This sounds like a romantic drama but really there is action in it; it just manages to have a great story and characters we can care about. Powers Boothe is perfectly cast as the mountaineering man Walker (nice pun-ny name) who is arrogant, loves the ladies and will do pretty much anything for money including stealing two rare bird’s eggs which would cause the species to go extinct. Being Powers Boothe though we like him immediately and he has that Han Solo-esque scoundrel about him. I must congratulate the movie on the amount of nudity as well including Kathleen Turner. There aren’t enough topless scenes in today’s cinema and that simply isn’t right.

So what of the action? Well there are a few fights and the action highlight is when Brion James and his cronies come for revenge on Jim at night but he and Michael are ready for them and all hell breaks loose.

There is the odd pacing issue so it’s not exactly a shot of adrenaline but it’s such a well thought out story and the action happens for a reason rather than “we need a fight scene now” that I enjoyed every second of it.

If you haven’t seen A Breed Apart I would watch it just for the awesome cast; Donald Pleasance only has a small role but he can elevate anything because of his legendary status. Rutger Hauer as a slightly unhinged but lovable mountain man is a lot of fun and Kathleen Turner gets her kit off… so what are you waiting for?