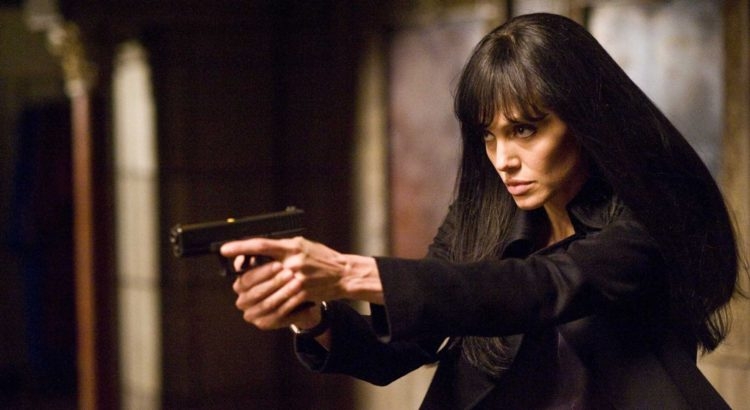 Plot: Angelina Jolie stars in Columbia Pictures’ Salt, a contemporary espionage thriller. Before becoming a CIA officer, Evelyn Salt (Jolie) swore an oath to duty, honor, and country. She will prove loyal to these when a defector accuses her of being a Russian sleeper spy. Salt goes on the run, using all her skills and years of experience as a covert operative to elude capture, protect her husband, and stay one step ahead of her colleagues at the CIA.

Today marks the 10th anniversary of the Angelina Jolie action thriller Salt; very few people still talk about it but I’ve always thoroughly enjoyed it; yes, it does get confusing at times with Angelina Jolie playing a rogue Russian agent who may be a double or triple agent which has you scratching your head throughout but it’s one of those films where you don’t really know what’s going on until the final reveal.

The action is exciting and surprisingly violent in places, but because you don’t know who Salt is or what her game is you do find it difficult to empathize with her for a of of it. Jolie always looks the part in action roles and does a good enough job but despite her being a good actress I’ve always found her a rather cold person which admittedly works in her favourite for a tale such as this.

If you’re looking for more realistic action with little to no CGI, then you’ll enjoy this movie; I found it great fun and Evelyn Salt is a force to be be reckoned with. It was clearly open for a sequel which never happened but once the big twist is revealed, for me that was the story over; there isn’t anywhere particularly interesting you could go with the character.

As usual the one thing I really love about this film is the music score by James Newton Howard; it’s tuneful and uses a full orchestra and really works in ramping up the tension. The action cues are fantastic and it remains one of my favourite action scores of recent times.

Liev Schreiber is always an entertaining villain and I really enjoyed him in this role as once again it keeps you guessing as to what his motivations really are.

I have the Blu-ray which has 3 different versions of the film and I still can’t decide which one I prefer but I never had a major issue with the theatrical cut; the Unrated cut does have more violence though which is always a plus.

After 10 years Salt remains a tense affair with Angela Jolie’s natural icy demeanor working for this kind of role; there are some entertaining set-pieces to keep you engaged and the music score is amazing.