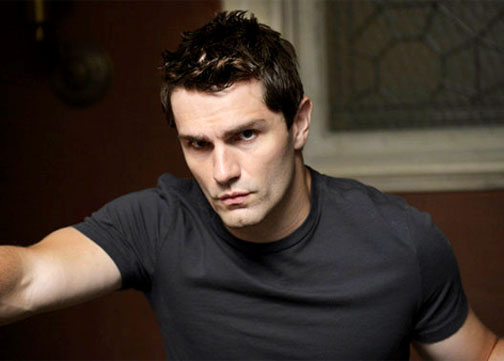 We chat with Sam Witwer, the star of Being Human, Star Wars: The Force Unleashed/The Clone Wars and more.

Eoin: I’d like to start off by talking about your role as Neil Perry in Dexter; He’s clearly a man who has issues, but he isn’t actually a serial killer. Did you do a lot of research into the type of people who want the “infamy” of being a serial killer?

Sam: I’d love to say that I did a bunch of research,  but I did not.

I think I drew on the unhealthy side of the fascination people have with the Helter Skelter murders or the Zodiak killer.  I can relate to a bit of that fascination but I think Neil Perry took it about 9 steps too far.

Eoin: I loved your portrayal of Davis Bloome/Doomsday in Smallville; he was my favourite character on the show. Rather than making him an all out monster, he was a character that we sympathised with and cared for. Did you do a lot of reading up on the comics to prepare for the role? And were you a fan of the character before you played him?

Sam: I did indeed read the comics.  I felt a responsibility to do so.  I was not necessarily a fan of the character,  but developed a keen interest in him when I got the role.  Frankly,  I felt a responsibility to BECOME a fan of the character.  All too often there are actors who take  a role who,  you can tell, don’t LOVE the subject matter.  Taking a role you don’t love is not a crime.  Performing that role in a way that lets people know you don’t love it IS.  I’m a genre  fan.  I know what it is to be let down by those lackluster performances so I promised myself years ago that I would never do that to any fan base… ever.

Eoin: You have a band called The Crashtones and released the first album in 2006; would you ever want to focus solely on music or do you think would you always like to act?

Sam: Music was my first love. It’s what I did when, as an actor, I was waiting around for the phone to ring.  For the past several years,  the phone hasn’t stopped ringing, so I am sad to report that Crashtones has been on the back burner.

But hey,  you’re never so successful that you can’t go 6 months or more without a job,  so maybe I’ll have some nice free time open up and kick my new album out the door.  I really like it too so I’d like to see that happen.

Eoin: Was it daunting at all to play such an iconic role as Darth Maul in The Clone Wars? Fans always felt he was underused in The Phantom Menace and it must have been difficult for the writers to come up with a way to bring him back, essentially from the dead.

Sam: I was definitely intimidated by the job.  As I said,  I don’t ever want to let a fan base down,  let alone a fan base that I belong to.  But once you get past that pressure, once you set that aside,  there is a great deal of fun to be had.

What fun? Asking questions like, “Ok. This was Darth Sidious’s Apprentice Mark I. The prototype. The one he raised from childhood.  What might people not know about him? Wouldn’t he, if you follow the “rule of two” have to be more than just a good sword fighter that does flips? Wouldn’t he have to be brilliant? Charismatic in his own way? Might he have picked up some of his boss’s wicked sense of humor?”

I can’t wait for people to see the next three episodes.  I’ve seen them and let me tell you, people will blown away.  Not just blown away,  but they’ll have complicated feelings about what Maul does.

Eoin: Would you be interested in a role in Star Wars Episode VII? If so would you like to be a Sith or a Jedi? There have also been rumours that you may return to the role of Starkiller in the Star Wars Live Action TV Series…

Sam: I’d very much like to be involved in those movies.  Beyond that,  I know absolutely nothing.  I do feel I’d do a decent job for them, though.

Eoin: You’ve done a lot of voice over work for video games. Do you think in the future that video games may even surpass movies for sheer imagination? I often ask people if they think video games are the future of action movies.

Sam: I love video games. Having said that,  I don’t think you’re ever going to replace a story that’s designed to play out in ONE way – with a moral, a viewpoint, a statement, what have you.  There will always be an audience for that.

Having said that, I think there’s room for both.  I also think you’re going to see more actors look upon video games as viable star vehicles.  Take Force Unleashed.  Did I ever DREAM it would have impacted my career the way that it did? No. Never. It gave my career a HUGE boost.

Since that game came out a few years ago,  a week hasn’t gone by where I haven’t been asked about that project.  The story seemed to really resonate with fans.  Hell, it did with me.  I think Haden keyed into something there with that character.  There’s something about a version of Luke Skywalker, but manipulated, pushed, and beat up.  I think a 21st century audience might just relate to that kinda guy and his experiences.

Eoin:  The new season of Being Human premieres on January 14th 9/8c on Syfy; what can fans expect this season, without any major spoilers? From the first 4 minute clip Aidan doesn’t look in great shape.

Sam: Fans can expect our best season.  Our best.  Being Human has become the show that I had only hoped it could be when I read the very first script.

Having seen the whole season,  I can tell you right now,  it’s quite good.

Eoin: The characters in Being Human are all essentially trying to fit in and find their place in the world. Is that what attracted you to the series?

Sam: When I picked up the script,  I read Vampire on like page 2 and closed it.  “Why do we need another one of these guys?” I thought.  Then, thankfully, a very smart friend of mine named Laura Terry caught wind of the fact that I turned down the audition and shamed me into actually READING the script.

I was immediately taken by the fact that this wasn’t the story of some cheeky, sullen vampire as it was about a heroin addict trying to go clean.  I saw that the other two characters were similarly grounded by metaphor,  and I fell in love with the script.

Humbled,  I called my agent and asked for the audition to be reinstated.

Our series works best when you can take the words Vampire, Werewolf and Ghost out of it and the stories still work.  Never has that been more true than our upcoming third season.

Eoin: Can you tell us about any other projects you have in the pipeline?

Sam: Well, there’s Clone Wars. There’s also a project I’m developing/writing with my good pal Glenn Howerton from Always Sunny,  and then there’s that pesky half finished album.  There ain’t enough hours in the day!

Eoin: Thanks very much for taking the time to share your thoughts with The Action Elite. All the best with your future endeavours.

Sam: Thanks so much.