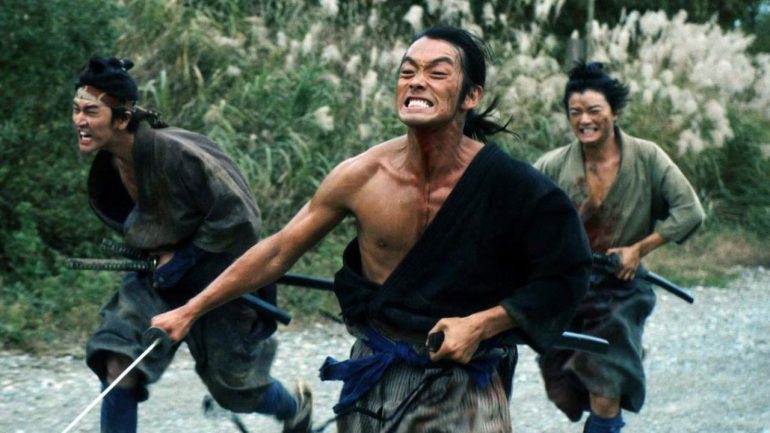 Samurai Marathon takes a while for anything interesting to happen but it looks fantastic and any movie with multiple decapitations should be viewed at least once.

Plot: Acclaimed filmmaker Bernard Rose has created a stunning visual feast complemented by a haunting score from iconic composer Philip Glass. Inspired by a race still held annually in Japan, SAMURAI MARATHON is a lively action flick with a samurai twist. In late feudal Japan, a young ninja (Satoh) operates undercover in the court of an aging lord and his rebellious daughter. When the lord challenges his lazy samurai to a punishing marathon—joined covertly by Princess Yuki—the ninja finds his loyalties put to the test. Facing impossible odds, this unusual band of characters is running a race to either win or die.

Review: Inspired by true events Samurai Marathon isn’t exactly packed with action and is less intense than I first expected with a rather slow first half, but it’s beautifully shot with some stunning scenery and it really picks up for the final 40 minutes.

There are so many characters that it’s difficult to keep up with who’s who but the main protagonist is Jinnai Karasawa (Takeru Satoh) whose loyalty is to the Shogun rather than the Annaka clan but things may not be what they seem. There are various machinations with each of the characters with betrayals around every corner to keep you on your toes.

In the second half there are a few fight scenes and quality decapitations which let’s face it, is why you want to watch a samurai movie. The action is nicely shot and easy to view everything that’s going on.

The lighter tone of the first half is quickly forgotten as events transpire to make this a more serious tale, but it never gets all that exciting or thrilling.

Danny Houston appears at the beginning and end really just to be a familiar face for Western audiences but his character literally could have been played by anyone.

For myself the highlight was the music score which was orchestral and rather strange sounding giving an almost otherworldly feel to it.

Overall, I won’t say anything else other than Samurai Marathon is a little slow to get going as it has to introduce so many characters but the final half hour ramps up the action and it all looks stunning so it’s definitely worth watching at least once.