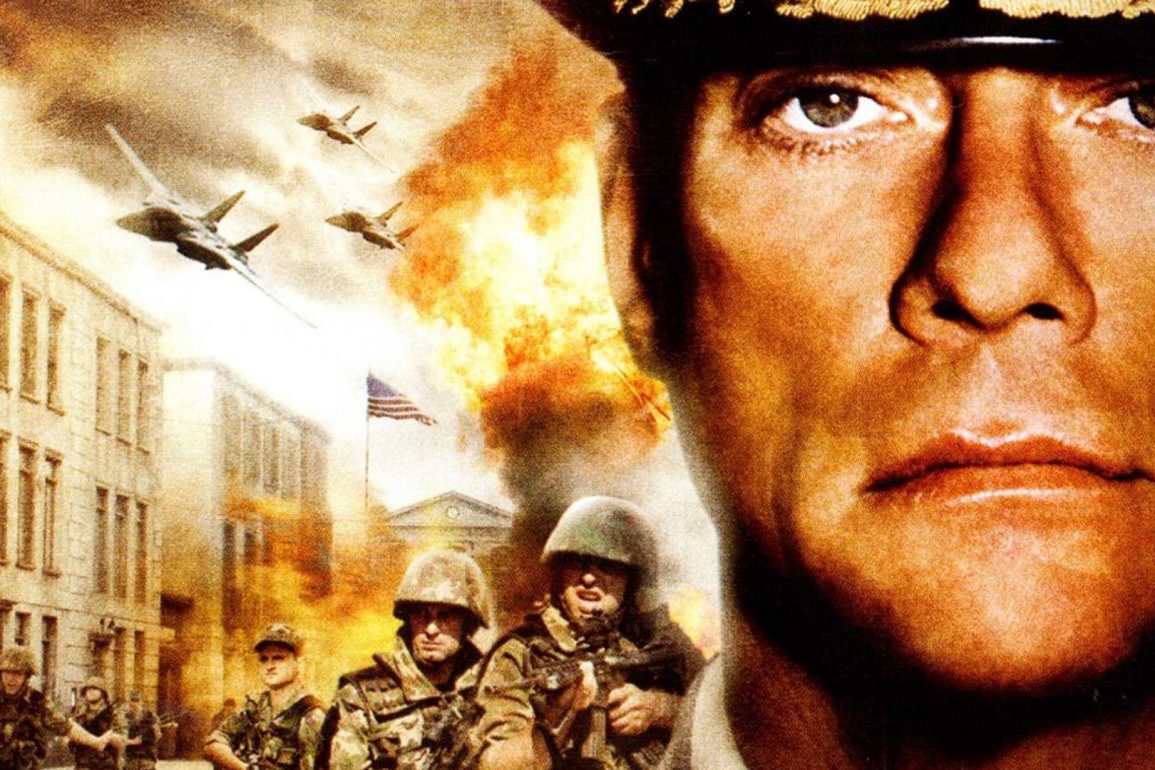 Second in Command does have some decent action set-pieces but the lack of Van Damme beating people up was a real let down. The forgettable script and stereotypical marine characters didn’t help either.

Plot: JCVD plays an official who’s just been appointed as Second In Command to the U.S.Ambassador at an American Embassy in a small, turbulent Eastern European nation. When local insurgents attempt a coup d’etat, the nation’s President takes refuge inside the embassy. The embassy is then besieged by the well-armed insurgents. The U.S. Ambassador is killed in the ensuing action, and it’s now up to Jean-Claude and the embassy’s small detachment of U.S. Marines to fend off the attackers.

Review: Second in Command is regarded as one of Jean-Claude Van Damme’s weaker movies and it’s easy to see why.

The acting in general is pretty poor and there is an over-use of hand held camera which looks like it was filmed on a phone. There is nothing memorable about any of the characters and the majority of dialogue is forgettable too with some unintentional humour from the Marines spouting silly lines.

There also is only 1 brief fight between JCVD and the main villain at the end so if you’re looking for maximum Van Dammage you won’t find it here.

There is still plenty of action though and it’s pretty well done considering the budget restraints; we’ve got real helicopters, real explosions and plenty of shoot-outs. I also quite liked the concept and having the action take place essentially in a confined location upped the ante.

It would have helped if we cared about any of the characters though; you’ve got the obligatory smug asshole bureaucrat who you just know will not see the end credits of this movie. He loves telling Sam Keenan (Van Damme) that he’s wrong and that every idea is a bad idea. Whenever the guy gets shot I like to watch it on repeat… in slow motion… because he deserves it.

Even JCVD himself shows little personality in the film and looks like he’s going through the motions which is a shame because like I said, it has a cool concept and could have been like 24 or something of that ilk.

Overall, Second in Command does have some decent action set-pieces but the lack of Van Damme beating people up was a real let down. The forgettable script and stereotypical marine characters didn’t help either.