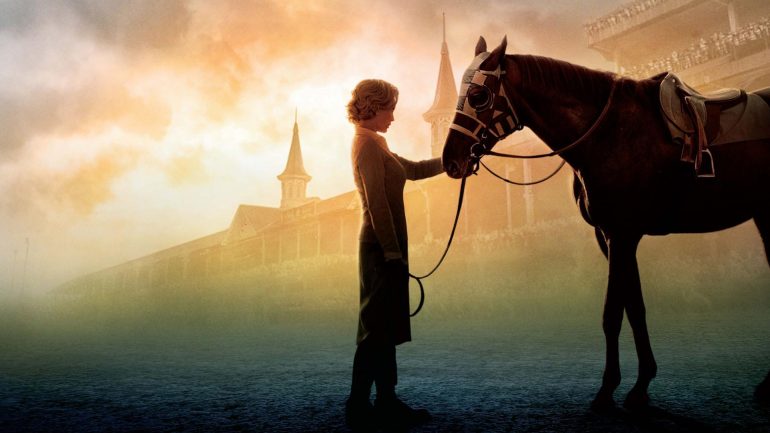 The family styled theme of this film has endeared it to critics and fans alike. It was inspired by true events of a 70’s race horse that won the Triple Crown in 1973 and the events that led up to this win. Disney got on this project in 2006 and recapitulated the story wonderfully, landing it undoubtedly in the horse film hall of fame; a big win for producers and cast alike, and the subject of this preview many years after its release. We have to admit that the movie is indeed a classic and might probably go the way of similar classics like National Velvet, which competed successfully in the legendary Grand National in England (Visit https://grand-national.club/ to learn more about the Grand National 2017).

How The Story Begins

The story opens and thereafter rotates around the life of Penny Chenery (role played by Diane Lane). With her father on his sickbed and whispers of his wanting to sell their Virginia farmland called Meadow, Penny feels contrary to losing their vast estate and instead intuitively comes upon a strategy provided as it were by providence. One of the mares in her stables gives birth to what many consider an unusual race horse.

Unusual because the foal is quite active even after birth, this is rare. So here, none of the wobbly knock kneed ness that follows delivery is witnessed and Penny, tipped off by the stable hands, sees this as a good omen. Equally dogged by her relatives to sell out the farm and enthused by this newfound development in the form of a horse with a promising career in the track, she solicits the help of retired trainer Lucien Laurin (John Malkovich).

With some cajoling, he accepts to take up the project of grooming what would become the greatest race horse to compete both in the Kentucky Derby and Belmont races respectively. Next, she entrusts the work of riding the steed to a young man Ron Turcotte who had developed closeness, hence a bond, to the horse since its formative days.

A Wave of Emotional Decisions

The emotional drama in the movie is brought to the fore by Penny’s decision to move away from her family (here being her husband and younger children), which rationally should put the needed amount of strain in their relationship. Needed because it is this pressure that catapults both secretariat’s trainer owner and rider to the top. Her eldest daughter comes on board for the ride and she forms the bridge between her mother and her estranged family back in Colorado. Perhaps the opponent that stands out during the Triple Crown races is a horse called Sham, owned by Pancho Martin (played by Nestor Serrano).

In recap, the basic premise of the film is about hope in the form of a horse that is presented to the heroine in the tale. The hope is offered in a timely manner which would be especially interesting if this were a religious/spiritual flick. But the fact that it’s not that heavily themed with religious allusions makes it a great view for audiences to interpret in their own faiths if need be.

Quite Hard To Digest and Understand For Younger Audiences

The scenes have also relatively been pruned of all the unnecessary dead space filling discourse common to films of this genre, and instead, features relationships between the three characters involved in the training, grooming and riding the Secretariat. As for the performances, the casting is star studded as is the case with Malkovich and Penny, but their performances can be said to be wanting. In defense of this: the movie is a family film, so maybe the need for emphatic performances has been held back?

It is mindful to remember that kids aged 9-12 years are not as mature as to be able to understand human emotion with success. And as for our adult audiences, you don’t have to feel that you were dragged into the theater (or TV room) because a great family film is showing. The semi complex interactions of the film’s protagonists should more than make up for that.

Why You Should Watch It

The major difference of the film is that it focuses less and less on the human-animal relationships that are so common in movies of this caliber. We may not know how this is bound to go down with especially younger audiences that may want this, but that is up to the parent to decide. In a nutshell, it’s different. The movie is indeed a classic and it’s definitely a must see if you loving horse racing.