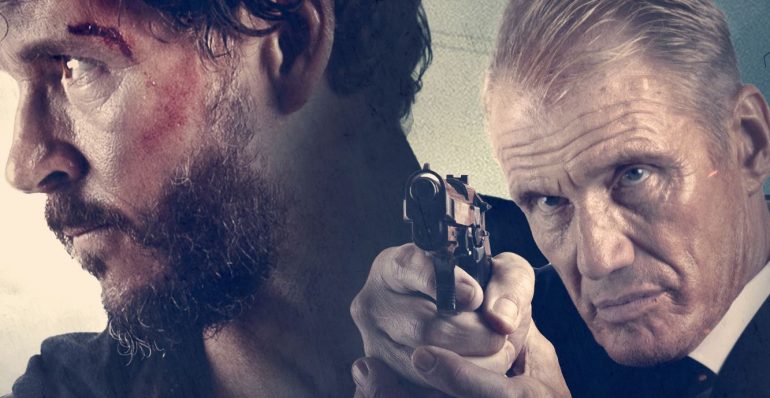 Section 8 is Christian Sesma’s finest hour with a winning cast especially Scott Adkins who steals every scene as a relentless hitman.

Plot: After avenging the murder of his family, a former soldier is sprung from prison and recruited by a shadowy government agency.

Review: Directed by Christian Sesma, Section 8 stars Ryan Kwanten, Scott Adkins, Dolph Lundgren and Mickey Rourke from a script by Chad Law and Josh Ridgway; I can easily say this is Sesma’s finest picture to date with a story that may be familiar but it feels like a throwback to the kinds of action movies we got in the 90’s.

Ryan Kwanten plays Jake Atherton; a man imprisoned after he takes revenge on the gang who attacked his family. It’s not long before a shadowy organization known as Section 8 (led by Dermot Mulroney) comes to visit offering a job in exchange for his freedom. Jake eventually accepts but after going on a few jobs he soon realizes he was better off in prison. Kwanten is an interesting choice as he isn’t your typical action star but this was a deliberate choice by director Christian Sesma as Jake had to feel like an everyman rather than an unstoppable killing machine.

Scott Adkins and Dolph Lundgren are in supporting roles with Adkins stealing every scene; a particular highlight has him barging through a casino and destroying anyone in his path.  He always makes for a fun villain and he has a satisfying showdown at the end with Jake. We are never quite sure whose side Dolph is on which keeps us on our toes throughout; he doesn’t get any fight scenes which is too bad but he does get to join in the final battle.

The action is easy to see with no shakiness or CG which is in keeping with the classic old-school actioners this homages so if like me you’re exhausted with the many effects heavy blockbusters we get today then you should have a good time here. It takes itself quite seriously with little in the way of levity but it works for the kind of story it’s telling.

Overall, Section 8 is a fun throwback to classic actioners with a great cast and enough action to keep you invested; I can’t wait to see what the crew come up with for War Paint and Lights Out.