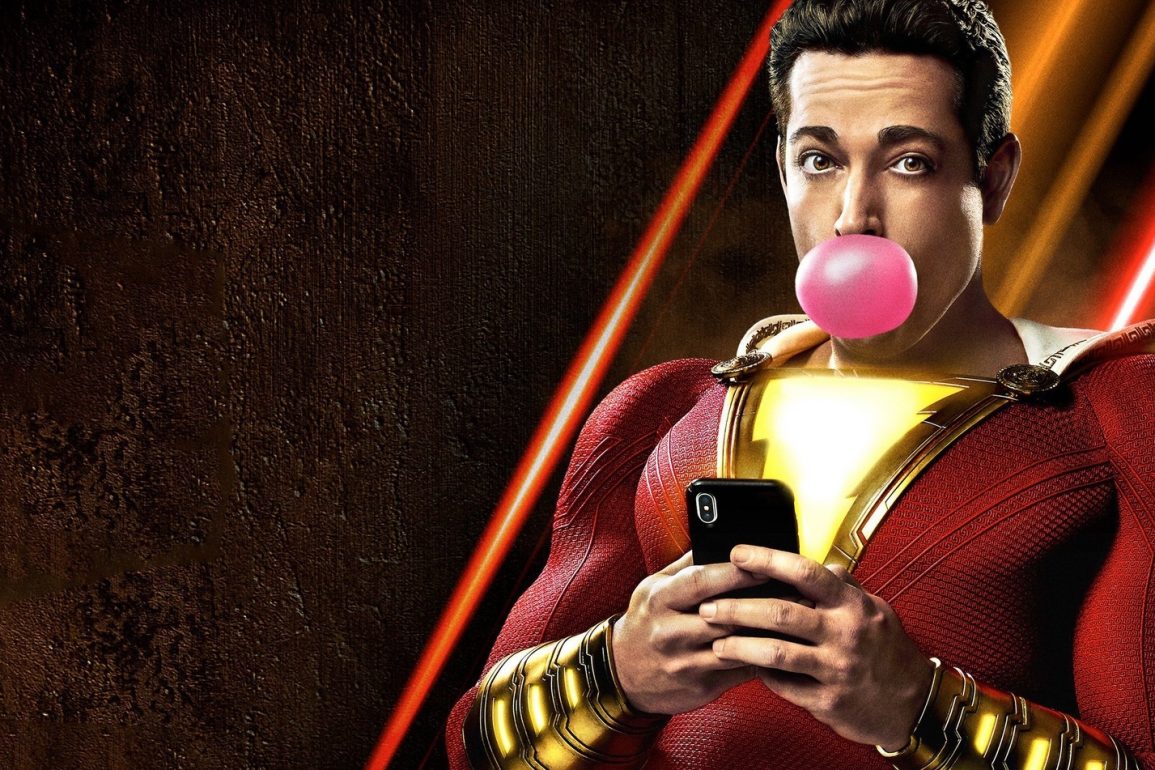 Shazam! may well be the best DC movie in years with Zachary Levi proving he was perfectly cast and our young leads also manage to bring heart and humour to proceedings. It is never short on action or spectacle and is destined to be a massive hit.

Plot: Billy Batson is a streetwise 14-year-old who can magically transform into the adult superhero Shazam simply by shouting out one word. His newfound powers soon get put to the test when he squares off against the evil Dr. Thaddeus Sivana.

Review: I wasn’t sure whether to review this on the site or not as I know a lot of you aren’t superhero movie fans but it was filmed here in Toronto so I got to see an early screening last night and wanted to support it so if you don’t like it… well, tough.

You could tell from the trailers that Shazam was going to be targeted towards a younger audience and that is very much the case; of all the DCEU movies this feels like it is primarily for the kids but there are enough old-school pop culture references for adults to enjoy.

It arguably has the best script of any of the DC movies to date with some genuinely hilarious moments and I think it requires several viewings to pick up some of the dialogue. I do hate when you’re in a theatre and people laugh so loudly that you can’t hear the next few lines… nothing is that funny… ever.

I went in with zero expectations and managed to have a blast; Zachary Levi was fantastic as Shazam as he genuinely came across as a kid inside a grown-ups body which isn’t easy to do. You believed he was Billy Batson and the fact that he actually looked like an older version of Asher Angel (who plays young Billy) really helped in making such a preposterous idea work.

I haven’t had so much fun with a superhero movie for some time with Asher Angel as Billy and Jack Dylan Grazer as Freddy proving an amiable duo with very different goals. Freddy is disabled and just wants people to like him but Billy just wants to find his real mother who he got separated from several years earlier. This provides the real heart to the story giving us some surprisingly moving scenes so we are rooting for Billy from the start. Jack Dylan Grazer had some of the best lines and the foster family in general were all very appealing; normally a film featuring kids is the equivalent of drinking acid for me but they were all well written and even the foster parents were lovable good people.

Mark Strong is the villainous Dr. Thaddeus Sivana who was offered the choice to be the champion as a child but his heart wasn’t pure so he was denied and has spent his life searching for that power ever since. At one point I would have loved to see Strong play Lex Luthor as he would have been perfectly cast but I guess this is the next best thing. Sivana is not the most exciting bad guy ever; he is taken over by the 7 deadly sins but as a character there isn’t much else to him other than his family were greedy and mean. He’s a super villain who wants more power like the rest of them but Strong plays the role with relish and is an entertaining enough adversary.

Alas, the 7 deadly sins are portrayed as CG demon monsters which was a little lame but (and it chokes me to say this) they were well done and convincingly nasty looking.

The music score was the weakest of the DCEU yet with no memorable theme tune which is a shame considering how amazing the Wonder Woman theme is.

The most entertaining aspect of Shazam! was spotting all the local landmarks in Toronto which looked great on film so it feels like it is a character in itself.

But what of the action? Well, this being a superhero movie there are various superpower filled fight scenes but Shazam battling Sivana at the end was done using impressive visual effects and there were several satisfying set-pieces throughout.

Shazam! at times feels like it is lovingly mocking the superhero genre but it keeps the tone just right so it has plenty of laughs and heart but never going too far in taking away from the drama. What surprised me was that there are a few twists and turns which you may not see coming so it still manages to bring something new to an otherwise over saturated genre.

There are two post credits scenes – one of which is arguably the most bizarre thing I have ever seen… you’ll understand when you watch it. Also the final scene of the movie is one my favourite in recent memory and had the audience cheering.

Overall, Shazam! is a ton of fun with a laugh out loud script, amiable cast and a satisfyingly action-packed finale. It is aimed at a younger audience but it’s arguably the best DCEU movie to date and after the disaster of Justice League it looks like they are finally getting their groove back.