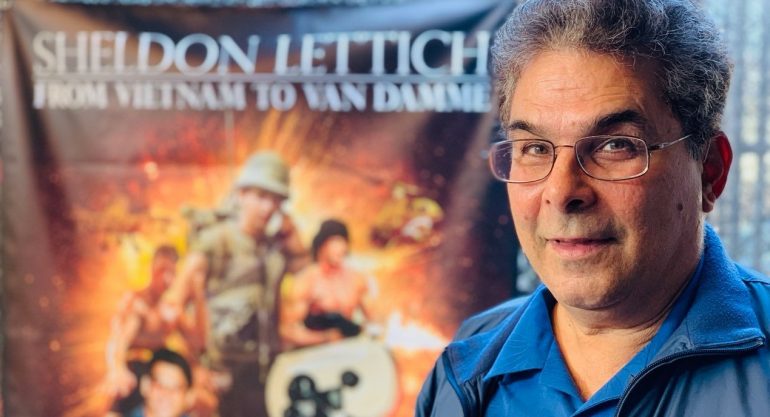 Sheldon Lettich needs no introduction around here as he has directed movies like Double Impact, Lionheart and many more; Sheldon has a new book out (written by Corey Danna) called Sheldon Lettich: From Vietnam to Van Damme which explores his career. He stopped by to chat about the book and the lasting effect of some of his most popular films.

First off – You’ve got a new book out written by Corey Danna called Sheldon Lettich: From Vietnam to Van Damme. When did the idea come up about a potential biography?

I would tell stories about my various experiences to friends and acquaintances, and many of them would ask me the same question: “Why don’t you put all this down in a book?”  But I was hesitant about writing a memoir or an autobiography, which I felt might come off like an egotistical self-indulgence.  Then a journalist named Corey Danna got in touch with me via social media, saying he’d like to interview me about “Lionheart.”  We conducted the interview via email, and I was very impressed when I read the resultant article about the movie.  I next asked Corey if he’d be interested in writing an entire book about me.  He was quite enthusiastic about the idea, and we got to work, using the same method we’d utilized for the Lionheart article.

How long did it take from inception to publication and what was the process? Was it just meeting up for various interviews?

It took about three months to get much of the writing done.  Corey would ask me a few questions, and then from there I’d go off on long reminiscences.  I also got Corey in touch with a few of my close friends and associates, and he worked those interviews into the book, something that might not have worked so well had the book been an autobiography.  While we were working on the book, the publisher of Bear Manor Media reached out to Corey to see if he had any ideas that they might be interested in publishing in book form.  Corey told him about “From Vietnam To Van Damme,” and the publisher bit.  Very shortly we had a contract from Bear Manor to get the finished book printed and distributed.

Could we expect another book with even more stories in the future?

That depends on how well this one performs. 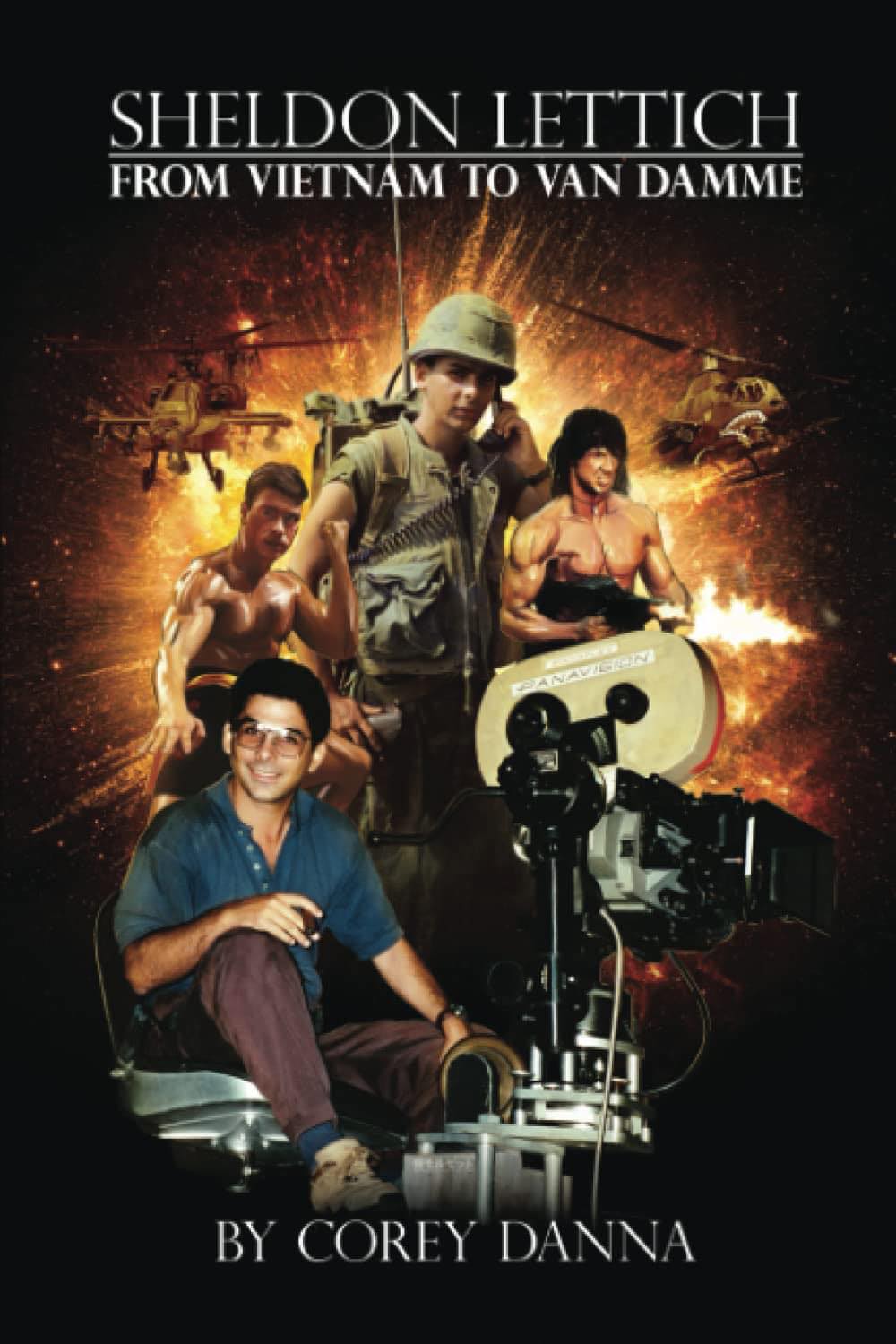 What would you like readers to take from Sheldon Lettich: From Vietnam to Van Damme?

I would like to clear up some misconceptions, many of which have been promoted by Frank Dux and his followers.  First of all, “Bloodsport” did not kick-start my career as a screenwriter.  The movie that did that was “Rambo III,” which I was hired to write before I was hired to write Bloodsport.  If you look the two titles up on IMDB, the dates seem to coincide, but I was hired to write the Rambo project well before Bloodsport; that film was in pre-production for an unconscionably long period of time, the details of why are spelled out in the book.

We all still talk about movies like Bloodsport, Double Impact and Lionheart decades later; what do you think is the enduring appeal of these films with fans and why do they still hold up today?

If anything, it might be because they’re real movies, not just action for action’s sake, with characters that have tangible character arcs, with realistic and clever dialogue, with stories that have a beginning, a middle, and a satisfying conclusion.  If you took all the fights out of “Lionheart,” you’d still have a good movie.  If the action scenes in “Double Impact” and “Bloodsport” were whittled down to bare bones, you’d still have a satisfying movie.

How was your experience working on Perfect Target with Daniel Bernhardt and Robert Englund?

It was hectic.  We shot the entire movie in 20 days.  Fortunately, I convinced the producers that I needed a full second unit, and that’s how we got through it, two units filming side by side.  I was also  fortunate to have Chad Stahelski as my Fight Choreographer.  Chad went on to direct all the “John Wick” movies. 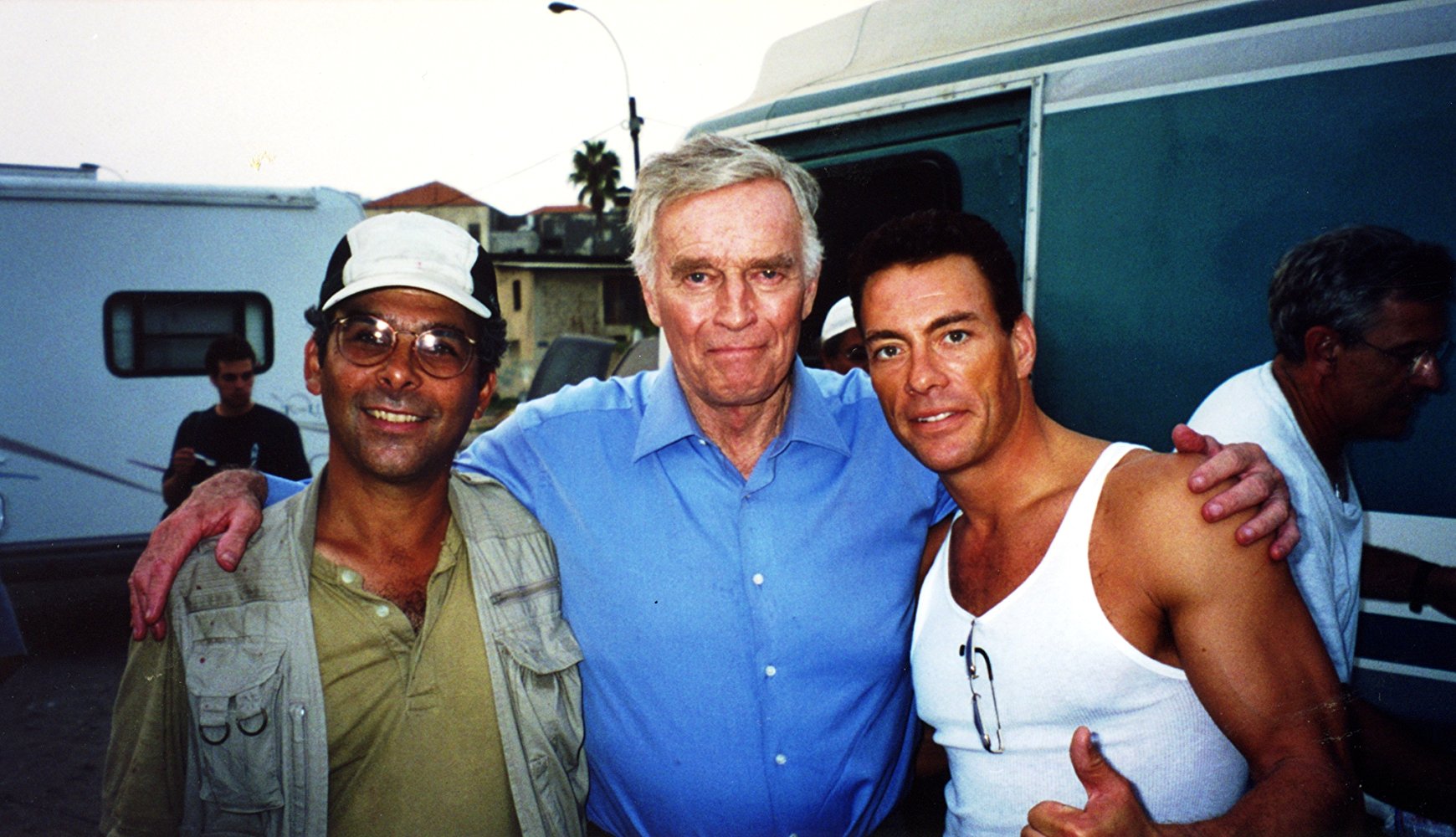 You also worked with Dolph Lundgren on The Last Patrol; what was that like and did it come out as you hoped?

Dolph was amazing.  He was born in Sweden, but spoke English like someone who’d spent his entire life in America.  He could memorize long passages of dialogue, which is why I was able to film long takes without a cut.  Other aspects of the movie were disappointing, to say the least.  We didn’t have nearly enough money, and the script was terrible.  I was not allowed to change a word, because the writers were also producers.  This is all discussed in further detail in my biography.

I think we’ve discussed this before but in case anything has changed, there was talk of a Lionheart sequel a couple of years ago but then it went quiet. Did you have any ideas for a potential follow up or do you think it won’t happen?

I have some ideas for a sequel, but there are no concrete plans to move forward with it.

What are you working on next? Any plans to work with JCVD again any time soon?

I’m scheduled to direct a movie titled “Fight Pride” in Atlanta, Georgia.  I did not write the screenplay, but it’s quite good and somewhat in the same vein as Lionheart.  We have a good cast lined up, which includes Randy Couture, Michael Pare, and Ralf Moeller.  The lead actor is a Norwegian named Daniel Stisen, who previously starred in an action movie titled “Last Man Down.”  There is also a project titled “Lioness,” a female-driven action story which was co-authored by George Saunders (“The Hard Corps”) and myself.  It’s been optioned by my friend, Luis Esteban, and his business partner.  I am slated to direct it sometime in 2023, shooting in and around Austin, Texas.  We have Gillian White (“Take Back,” “Welcome To Sudden Death”) attached to star.  Her husband, Michael Jai White, will also be in the movie, playing an important supporting role.