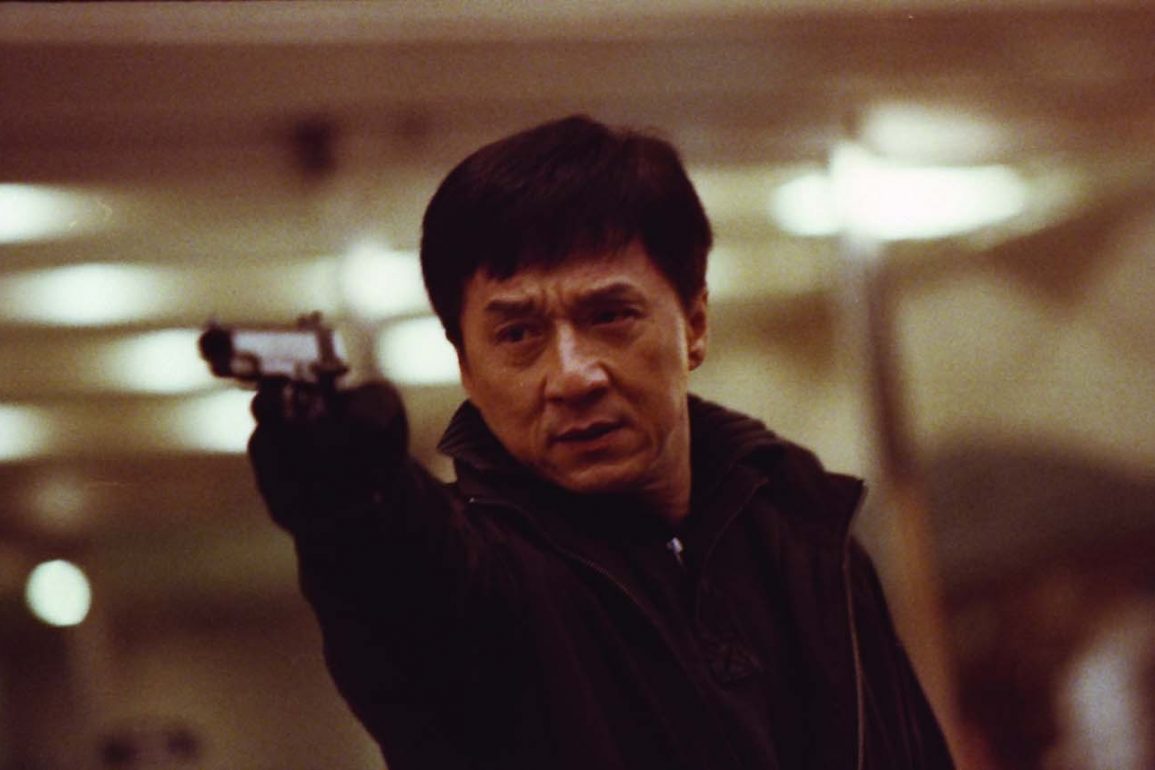 I had never seen this before until recently when I noticed it on Netflix and had heard good things; Shinjuku Incident is one of Jackie Chan’s more serious roles and these are the types of movies of his I adore. There aren’t even any major stunts or fight scenes but it’s more of a crime drama with plenty of moments of graphic violence. This doesn’t glorify the bloodshed either but makes it terrifying and also shows the consequences of violence so it’s morality tale with a dark heart.

There is a nice piece of trivia on IMDB about the movie stating that according to Director Tung-Shing Yee, this movie had been in the planning stages for almost ten years, and was due to start filming in May 2006, but because Chan was busy filming Rush Hour 3 (2007), filming for this movie was delayed. Yee didn’t mind waiting until Chan’s busy schedule had a slot, as the two are good friends, and because Yee felt Chan was right for the role. On September 26, 2007, it stated on Chan’s website that filming was scheduled to begin in “a few weeks” in Japan. Filming began in November 2007.

It will certainly be an acquired taste for Jackie Chan fans who may want to see more action and fight scenes but I love seeing him do darker fare like this and would happily see more. As he gets older Chan can’t do the same kinds of stunts he once could so it makes sense to do more character driven roles like this.

Shinjuku Incident is set in 1990s Tokyo and centers on how the lives of Chinese immigrants in Japan are affected by the Japanese yakuza, or organized crime. When the yakuza threatens his countrymen, Nick (Chan) realizes that he must do what is right regardless of the consequences.

The story also shines a light on Chinese immigrants in Japan and how they are treated but also how easily power corrupts so this isn’t exactly light hearted or “fun” cinema.

The movie also stars Daniel Wu in quite a different role from the badass we’re used to in Into the Badlands. His character Jie is a coward who is picked on by pretty much everyone; all he wants is to sell chestnuts but fate has other plans and after getting his hand cut off he suddenly turns into a Joker-esque criminal with ridiculous hair. I found this storyline a bit of a stretch as his transformation happens far too quickly but Wu himself was still fantastic.

Chan has rarely played such an unreadable and stoic character so he shows none of the normal goofy humour that sometimes rears its head in his movies.

The pacing is a little slow in the first half which may put some viewers off but it’s worth persevering as the bloody climax delivers the goods in satisfying fashion even if it does leave you with nothing. Personally, I found it gripping and despite the lack of action it’s a movie I will revisit regularly in the future just to see Chan give his all in a dramatic role.

After 10 years Shinjuku Incident is arguably Jackie Chan’s most serious role to date with a slow-moving but still engaging story and graphic violence which disturbs rather than thrills. Definitely worth seeing if you want to see a different side of Chan.