The plot of the first Shock Wave was about a terrorist who specializes in explosives and takes hold of an underground tunnel; he threatens to kill hostages if his demands are not met so it’s up to Cheung (Andy Lau) to save the day.

I am about to go into a major spoiler so if you haven’t seen the first Shock Wave then you’d best look away now. Are they gone? OK good.

So a poster has appeared online for Shock Wave 2 despite the fact Andy Lau’s character Cheung was very dead by the end of it. Lau is set to return with Herman Yau ready to direct.

According to HKfilmblog the script is currently being written and the movie is apparently going to start shooting next year. Not sure if it’s a prequel or maybe Cheung comes back as a Force ghost but I am very curious about this movie… 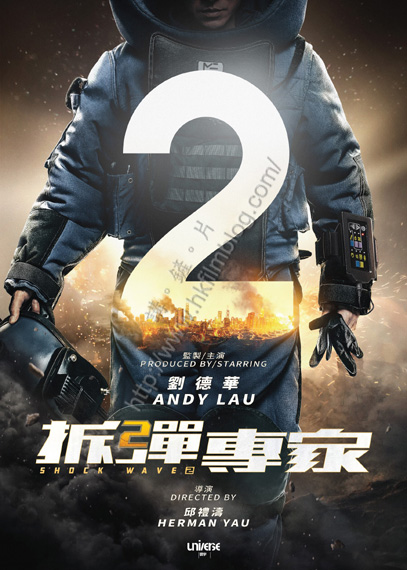