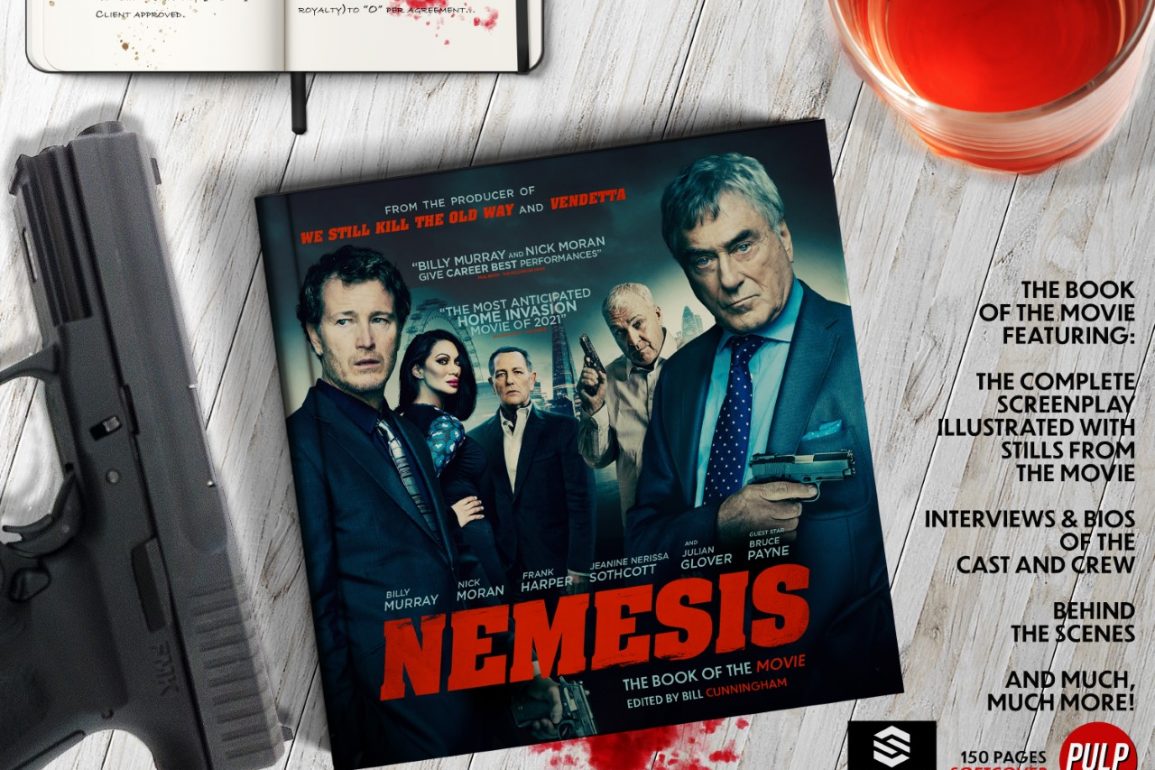 SHOGUN FILMS ANNOUNCE NEMESIS: THE BOOK OF THE MOVIE

Shogun Films, the disruptive new indie whose debut film Nemesis is a Screen International buzz title at the current European Film Market in Berlin, has followed the announcement of its
Shogun Records soundtrack label with news of a publishing imprint – Shogun Books. The first release, available online at the end of the month, will be a full colour, glossy softback entitled ‘Nemesis: The Book of the Movie’ edited by acclaimed indie film journalist Bill Cunningham. The 150 page book includes the film’s shooting script and the full inside story of the film’s journey from page to screen as well as in depth contributions from the creative talent and stars such as Billy Murray and Bruce Payne. Shogun Films’ Jonathan Sothcott explained: “as part of our efforts to give our audience as immersive a 360 degree experience as possible, we have launched Shogun Books to produce beautifully designed tomes that offer a real insight into how our films are made while also serving as collectables in their own right. We’re delighted with this chronicle of the fist Shogun Film and think this adds another significant layer to the Shogun brand.”

Editor/publisher Bill Cunningham said: “On behalf of Pulp 2.0, I wish to say we are pleased to be part of the Shogun Films team in bringing NEMESIS: BOOK OF THE MOVIE to audiences worldwide. I have been a fan of Jonathan Sothcott’s films such as WE STILL KILL THE OLD WAY and WE STILL STEAL THE OLD WAY as well as his film articles over the years. It’s my hope that with our Cinexploits series of film books we can provide young filmmakers with the inspiration and practical bootstrapping necessary for them to launch their own film careers. I couldn’t think of a better example of a producer to emulate than Jonathan who produces exciting British genre films for worldwide audiences. The fact he does it independently is another goal filmmakers should be aiming for when getting their movies produced. “

The collaboration developed when Sothcott read a previous Pulp 2.0 book ‘Death Kiss: Book of the Movie’ based on the cult film starring Robert Bronzi and Eva Hamilton. “I really bought
in to Death Kiss,” says Sothcott, “it was a very clever spin on the 80s vigilante movies and I really admire the filmmaker Rene Perez. They did a great job of building a buzz and the terrific
making of book was definitely part of that.”

“Jonathan approached me after reading our DEATH KISS: BOOK OF THE MOVIE manual detailing the ins and outs of independent genre film DEATH KISS starring Robert Bronzi,”
explains Bill Cunningham, “he was hoping we could do something similar with NEMESIS the first film from his new Shogun Films label. I was of course, excited about the possibility of
working with Jonathan, Jeanine, and the rest of the Shogun team as Pulp 2.0 has sought to expand our Cinexploits focus on showcasing genre films from all over the globe.”

Shogun Films is currently in production on international action movie Renegades directed by Daniel Zirilli and gearing up to film Knifer based on the best-selling book by Ronnie Thompson. 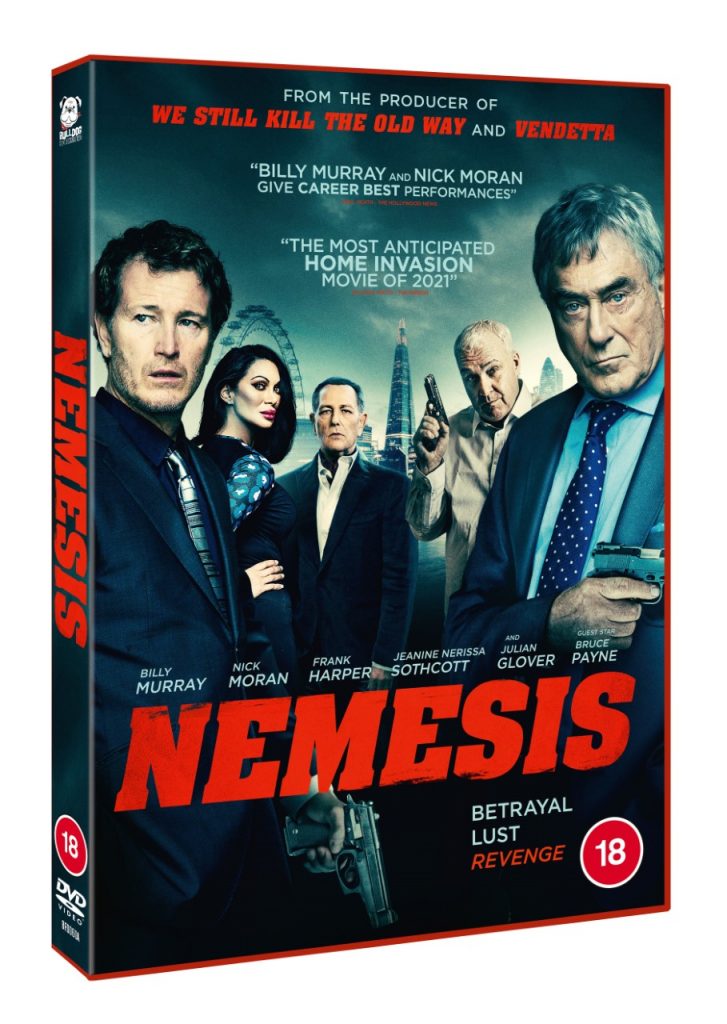 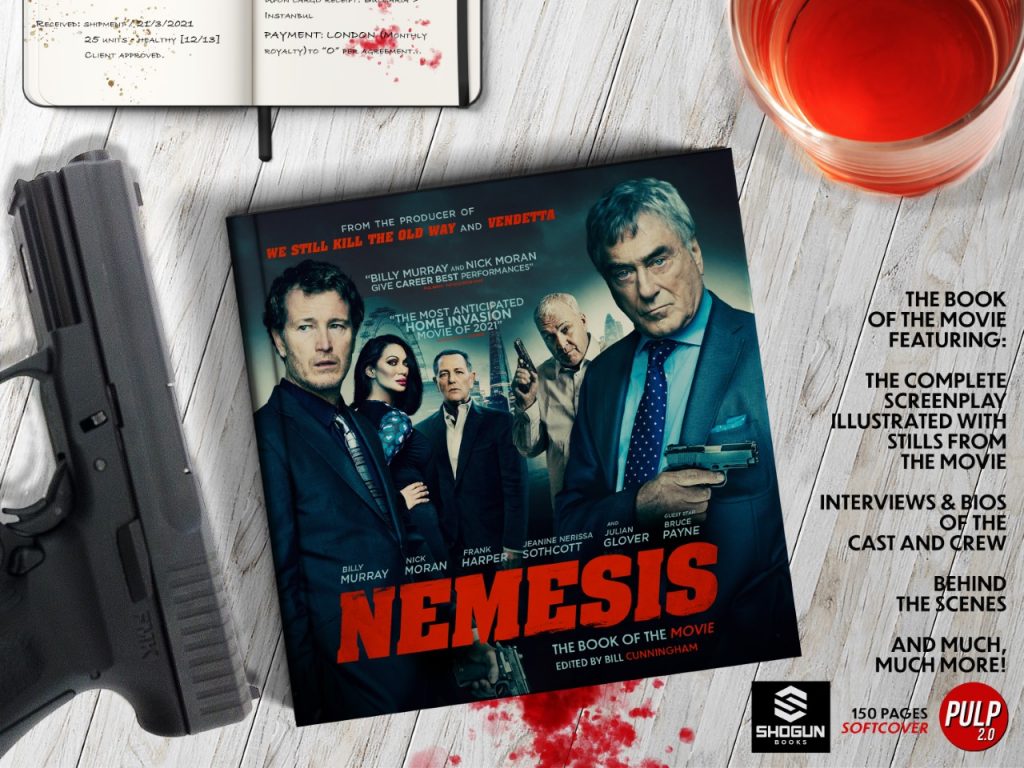