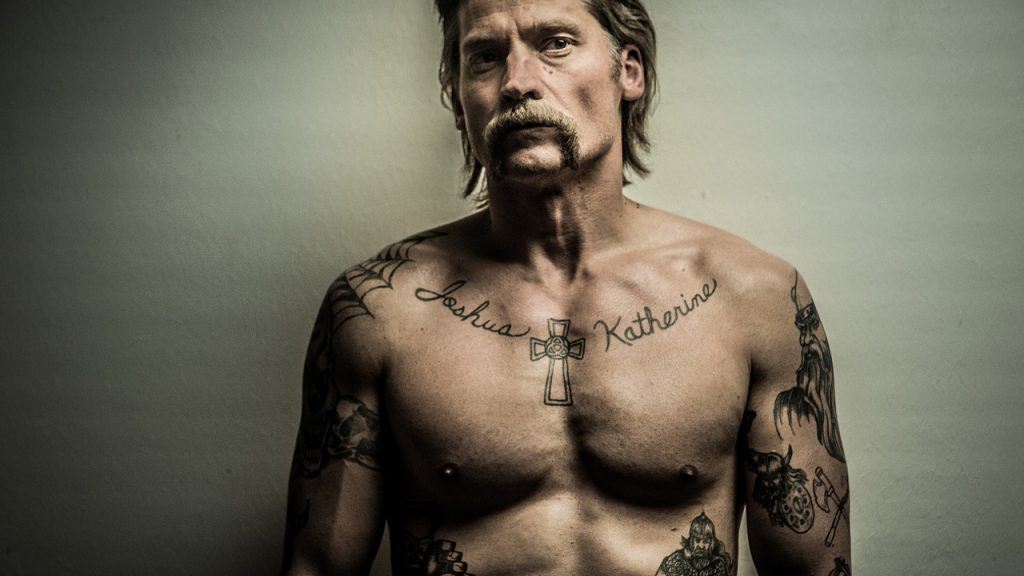 Shot Caller is one of the best movies of the year with Nikolaj Coster-Waldau giving a career-best performance.

Plot: Recently released from prison, a gang member finds himself forced by his leaders to orchestrate a major crime with a rival gang

Review: The cast alone had me immediately interested in Shot Caller; like every other movie this year it has Jon Bernthal in it but also stars Nikolaj Coster-Waldau, Lake Bell, Jeffrey Donovan and Benjamin Bratt. I love a good prison movie and Shot Caller is one of the best I’ve seen for a long time.

Nikolaj Coster-Waldau is our protagonist and he really is perfectly cast as Jacob/Money; his transformation from wealthy moneyman into brutal gang leader is a sight to behold and makes this stand head and shoulders above other similar genre movies. He’s a tall guy anyway but it really helps to make him an imposing figure so you can believe that this could actually happen. This is easily his best role to date and it’s great to see him breaking out from Game of Thrones.

As he builds his contacts within prison and learns how to survive, I was on the edge of my seat with the tension. There’s always the threat of violence and you never really know what’s going to happen next.

Bernthal is as terrifying as always as Frank/Shotgun but as with the majority of characters there is more to him than meets the eye. The writing gives everyone their own arc so even a cop named Kutcher (Omari Hardwick) has his own demons to face. He gets shot during the rescue of a 14 year old girl from a pedophile and is a little jumpy afterwards so you wonder if he is still up to the job. He’s a good cop though so you’re on his side throughout as he believes in what he is doing making him one of the few genuine heroes of the tale.

I thought Jacob/Money’s arc did stretch credibility at times and wondered if he really needed to go through what he did in order to protect his family. Couldn’t he have just served the time quickly and moved away to another State or something? If he did that, though it would have been a shorter and less interesting movie.

There is plenty of brutal violence and thankfully, prison rape is kept to a minimum, although it is implied early on. There are a few fights and bloody stabbings/shootings galore so you’ll never be bored; due to the constant tension it moves the pace along so the 2 hour runtime never feels like a slog.

I would have liked to see more of Jeffrey Donovan’s Bottles who was only in a few scenes but was one of my favourite characters as he had a real quiet menace.

Side note: I’ve never seen so many mustaches in one film so I’m pretty sure there’s a drinking game in there waiting to happen…

Overall, Shot Caller is one of the best movies of the year so don’t let the fact it has gone straight to DVD put you off; it’s better than anything that’s out in theatres at the moment (probably) and is worth checking out if you’re looking for an engaging story and oodles of violence.