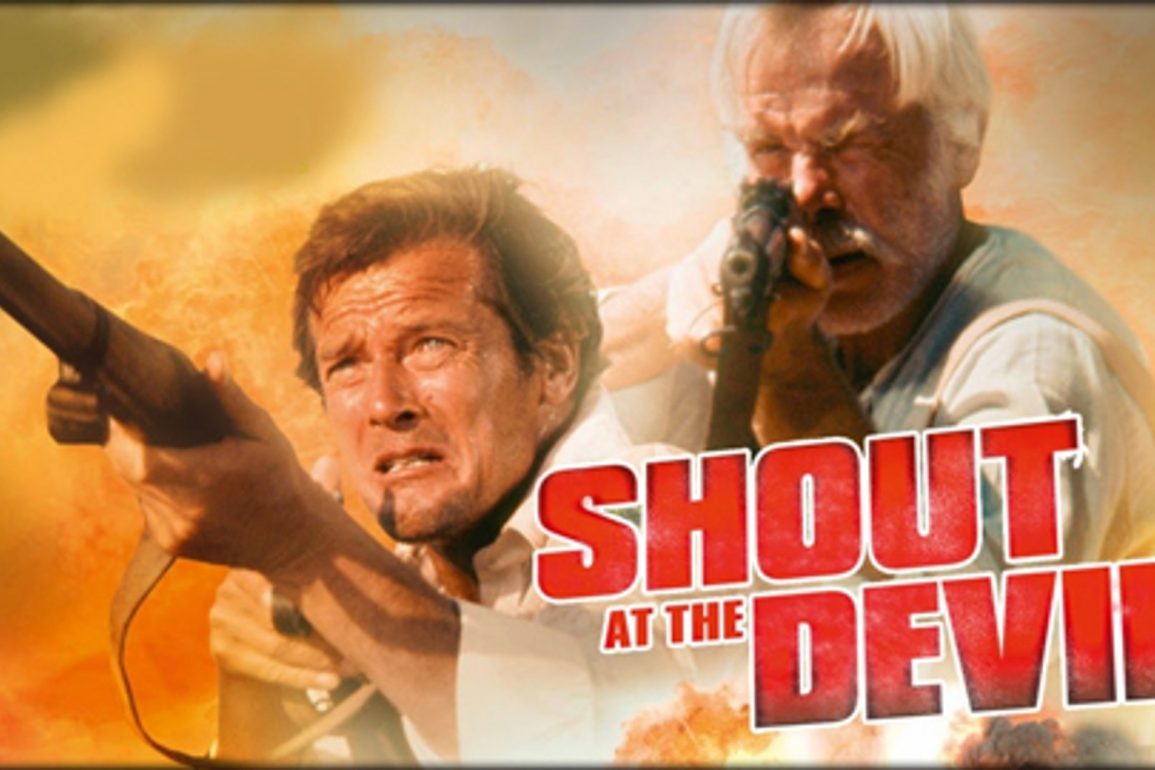 Shout at the Devil is very much a product of the time but there are some impressive action scenes, especially in the second half. The fight between Roger Moore and Lee Marvin is especially satisfying.

Plot: During World War I, a British aristocrat, an American entrepreneur, and the latter’s attractive young daughter, set out to destroy a German battlecruiser, which is awaiting repairs in an inlet just off Zanzibar.

Review: There are certain movies which really stand the test of time and then there are others will make you shuffle uncomfortably in your chair. Shout at the Devil (adapted from the Wilbur Smith novel) is the latter I’m afraid and I think if some modern viewers were to watch it for the first time, they would probably have a stroke. Not only do we get Ian Holm wearing “blackface” and playing a character called Mohammed but then we have Roger Moore also wearing “blackface” again in the second half which makes for awkward viewing.

Our two protagonists (played by Sir Roger Moore and Lee Marvin) are also ivory poachers who murder elephants in cold blood while some jaunty music plays in the background. The score in general is horrible and overbearing at times but in one hunting scene in particularly it felt really out of place.

Normally the addition of Lee Marvin to a cast list will up the manliness quotient into overdrive however, his drunken “Colonel” Flynn is insufferably annoying from beginning to end. His comic relief moments barely will raise a smile and the majority of the humour felt forced and badly dated.

Roger Moore could always class up any picture and it’s his turn as Sebastian Oldsmith who makes this movie entertaining. His on-screen charm is immediate and he is generally a good natured character who keeps getting tricked into doing various deeds by Flynn.

The first half of the movie is lighthearted adventure fare but Shout at the Devil really only picks up in the second half when there are some impressive action set-pieces. The battle on the hillside with the huge wheels falling down and crushing various soldiers is still quite shocking, as is the scene with the villainous Fleischer (Reinhard Kolldehoff) killing Rosa (Barbara Parkins) and Sebastian’s newborn baby. He is a total cartoon character but Fleischer is still a mean antagonist and you’ll be counting the seconds until he gets what he deserves.

There are several fight scenes but the standout has to be between Moore and Marvin as watching Marvin getting punched in the face repeatedly is incredibly satisfying as he is such an asshole of a character. I read that Moore and Marvin allegedly got into a real fight during filming, which Moore won. Marvin recalled, “The guy is built like granite. Nobody will ever underestimate him again.”

The final half hour is packed with tension as Sebastian and some men sneak on board a German boat to plant a bomb leading up to the inevitable (but awesome) explosive finale.

Overall, Shout at the Devil may have dated very badly but it’s still a fun adventure yarn and there’s enough action to keep fans entertained especially in the second half.