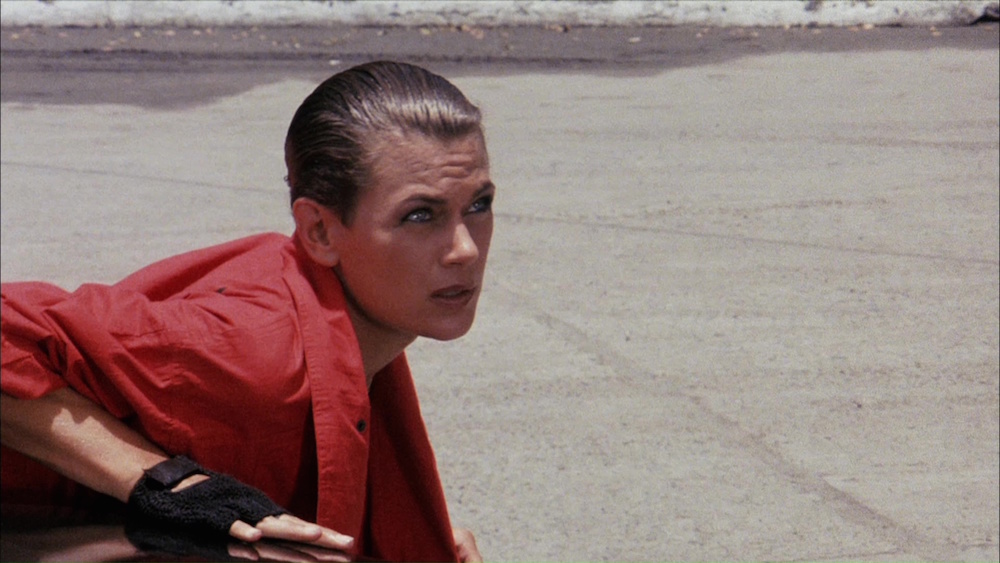 Silk isn’t a great movie but I love the idea and if any filmmakers read this, feel free to give this a remake as I think the character has serious potential.

Plot: Silk, the toughest cop in Honolulu, busts small time smugglers only to reveal a larger syndicate smuggling Asian mobsters into the States by buying the identities of Hawaiian citizens.

Review: If ever there’s a movie that is ripe for a reboot it’s this little known actioner from 1986. The movie itself isn’t the best and is actually pretty lame but I love the idea of the badass female cop known as Silk.

Cec Verrell really looks the part with her slicked back hair and pretty badass attitude but it’s a shame that she ends up getting captured in the finale and has to be rescued which was a bit of a cop out.

It’s got a super low budget so don’t be expecting high quality action; I think it would have worked better as a TV series as there are a lot of investigation scenes in between the shoot-outs and car chases.

It has a quality 80’s music score though with cool electric guitar music and also a few cheesy songs thrown in for good measure.

The acting is poor by practicaly the entire cast with only one memorable line of dialogue; when asked why she is called Silk, she responds “Because I’m so fuckin’ smooth!” Atta girl!

Overall, Silk isn’t a great movie but I love the idea and if any filmmakers read this, feel free to give this a remake as I think the character has serious potential.