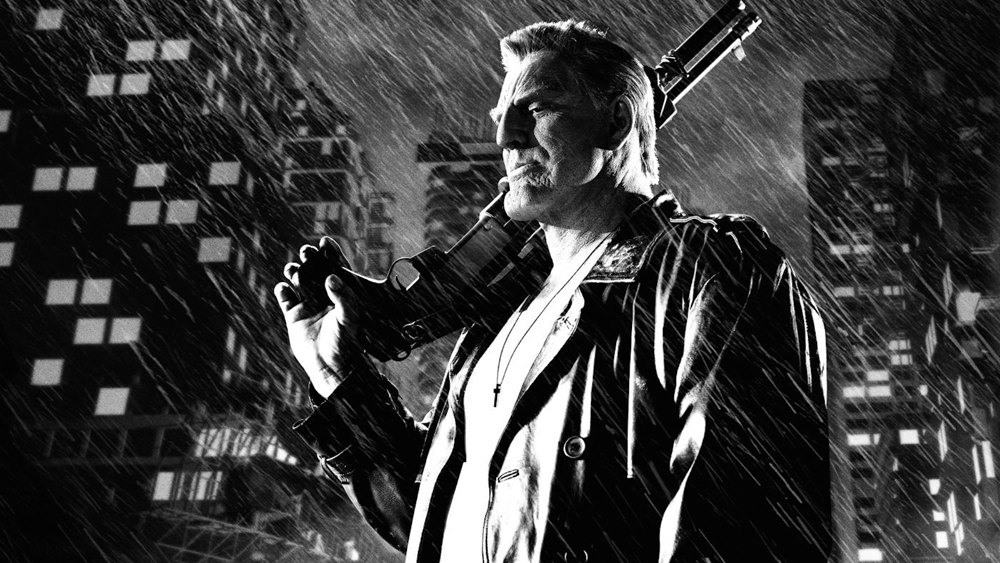 It may not be as good as the first movie but A Dame to Kill For has enough violence and sex to be worth checking out.

Plot: Some of Sin City’s most hard-boiled citizens cross paths with a few of its more reviled inhabitants.

Review: The first Sin City is one of my favourite movies; it’s stylish, violent and sexy with really memorable characters. Most notable was Mickey Rourke as Marv.

It’s been 9 years since it came out and the sequel A Dame to Kill For has finally arrived. Is it as good as the first? Reviews have been unkind so far but for me it’s very close. Mickey Rourke once again steals the show as loveable bad ass Marv; the man who can dispose of groups of thugs as if they are made of paper. He just enjoys hurting people and you can’t help but cheer every moment he is kicking ass.

If you thought the first Sin City was violent then you ain’t seen nothing yet; this movie has one of the highest bodycounts of the year.  Eyes are ripped out, limbs are chopped off and more. But it doesn’t just have violence; it has Eva Green naked for practically the entire movie.

Not only does she look great but her character Ava is pretty despicable and after her stellar turn in 300: Rise of an Empire, Green is proving herself one of the best female villains in the business. I must say though that I wasn’t sure what kind of accent she was trying to do as one minute she sounded English and the next she sounded American…

So there is plenty of sex and violence galore which is always a plus in my book; in fact it got me thinking that Robert Rodriguez would probably be a great choice to direct an Expendables movie. He could do it Grindhouse style and ratchet up the gore up to 11 while keeping the budget low-ish.

One thing I have to say about A Dame to Kill For is just how stylish it is; every scene is a work of art and for once the 3D Is genuinely immersive. It does get blurry occasionally but all the swirling smoke and breaking glass jumps out of the screen, making you feel like you’re right there in Basin City.

Jessica Alba returns as Nancy, haunted by the loss of her true love John Hartigan (Bruce Willis). She is desperate for revenge against the dastardly Senator Roark who was responsible for Hartigan killing himself, to save her. I really liked how she is no longer the scared little girl, but turns into a badass killer by the end.

Willis returns but only in ghost form and doesn’t really do much, but it’s good to see him on the big screen again.

I must tip my hat to Powers Boothe though; there are few actors who are as good at being bad as he is. Senator Roark is the Devil himself and Boothe plays him with relish. I was swearing at the screen and so wanted him to get his comeuppance. He is definitely one of the best bad guys of the year and makes his villain from Sudden Death seem like a choir boy in comparison.

Joseph Gordon Levitt’s role as arrogant gambler Johnny was especially cool but I wasn’t a huge fan of how his story ended. He was great though and all his card tricks were impressive and made me wish I was cool… sigh.

I loved Josh Brolin as Dwight, previously played by Clive Owen; if he sees a damsel in distress he can’t help but try to save her… this of course is also a downside as you’ll see in the film. He’s pretty much the main character of the story and is one of the few genuine heroes of the city.

There is plenty of humour too; most of it is quite black but that’s the best kind and usually involves Marv hurting someone.

The music score isn’t quite as memorable as the first movie; it’s bigger sounding but not necessarily better and lacks the sleazy quality that made me love the original.

The story also feels a little disjointed in places and I preferred the structure of the first movie, but I’m really just nit-picking.

Overall, Sin City: A Dame to Kill For is worth the wait and is stylish, brutal, funny and slick. There is plenty of sex and violence with stand-out turns from Rourke, Brolin and Green.