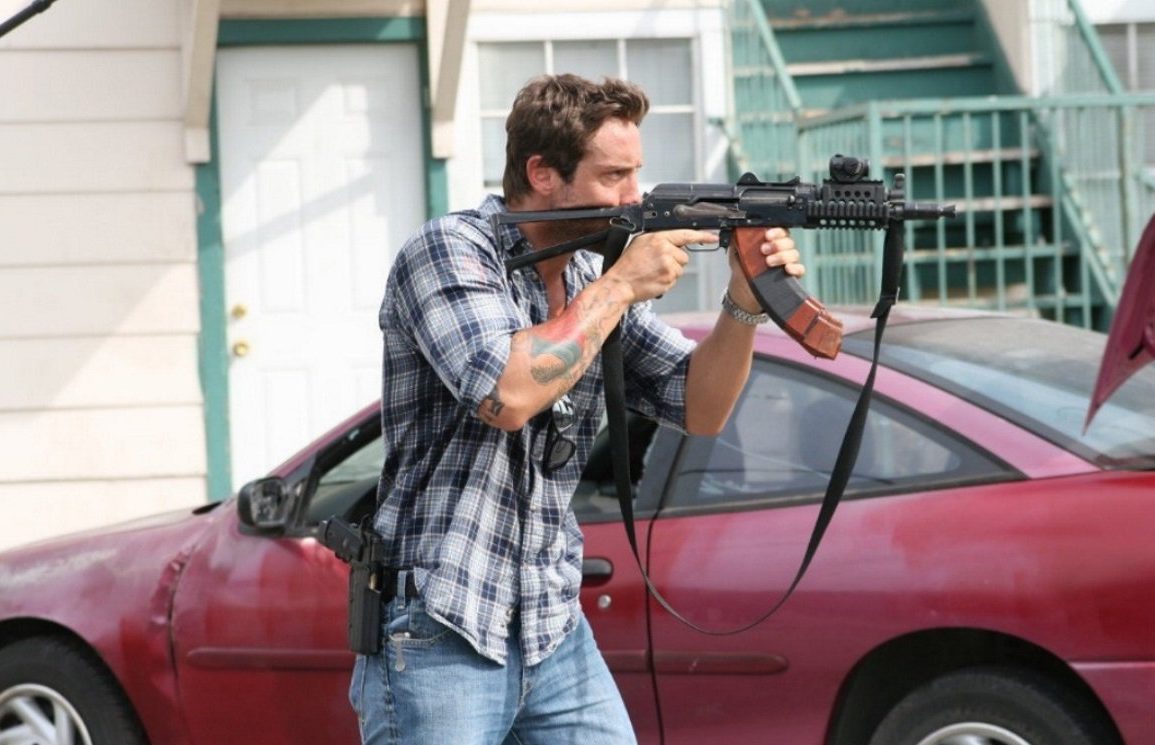 Sinners and Saints is as hardcore as they come and proves that you don’t need a big budget to kick large amounts of ass. Word is, a sequel is in the post and I say bring it on!

Plot: “In the gritty New Orleans underbelly, beleaguered Detective Sean Riley (Johnny Strong) is trying to cope with the death of his young son and his failed marriage. Facing a probable suspension from the department, Riley is teamed with a young homicide Detective, Will Ganz (Kevin Phillips), to help solve a series of brutal murders that have plunged the city into a major gang war. The two quickly realize there is something much bigger and far more sinister going on than either could have ever imagined.”

Review: At first glance you may think this is a standard cop thriller, but that would be doing it a great injustice. Directed by William Kaufman (One in the Chamber), comparisons to Michael Mann would not be unjustified. Every shoot out feels very real and reminds me of the street shoot-out in Heat.

The violence is hardcore and not for the squeamish but the good news is if you’re on this site, you aren’t squeamish. There is some genuinely shocking violence however, involving people set on fire, which makes the film almost unbearably tense in places. There is a genuine sense of threat up until the very end and it’s the kind of story where you don’t know who will survive.

The film is beautifully shot with no noticable CGI and I still say that a lower budget action film will always impress me more then a blockbuster as the filmmakers have to make more with less. They don’t have to rely on easy CGI, which never works in any action movie, ever. The explosions are real and everything feels authentic.

Johnny Strong has “action star” written all over him and *adopts Emperor Palpatine voice* we will watch his career with great interest. He is very charismatic on-screen and plays a bad ass with ease. Frankly his name is Johnny Strong, how could he NOT be an action star?!?!

Not only is he a great actor but he also provides the music to the film. Damn you Johnny Strong and your multiple talents *shakes fist*. It’s the kind of music score I love with electric guitars and real instruments and once again feels Michael Mann-esque.

Costas Mandylor is always a great bad guy, he was particularly memorable in the Saw series and although he always plays villains, he has a very likable face. He’s like this generation’s Robert Davi.

Overall, Sinners and Saints is as hardcore as they come and proves that you don’t need a big budget to kick large amounts of ass. Word is, a sequel is in the post and I say bring it on!