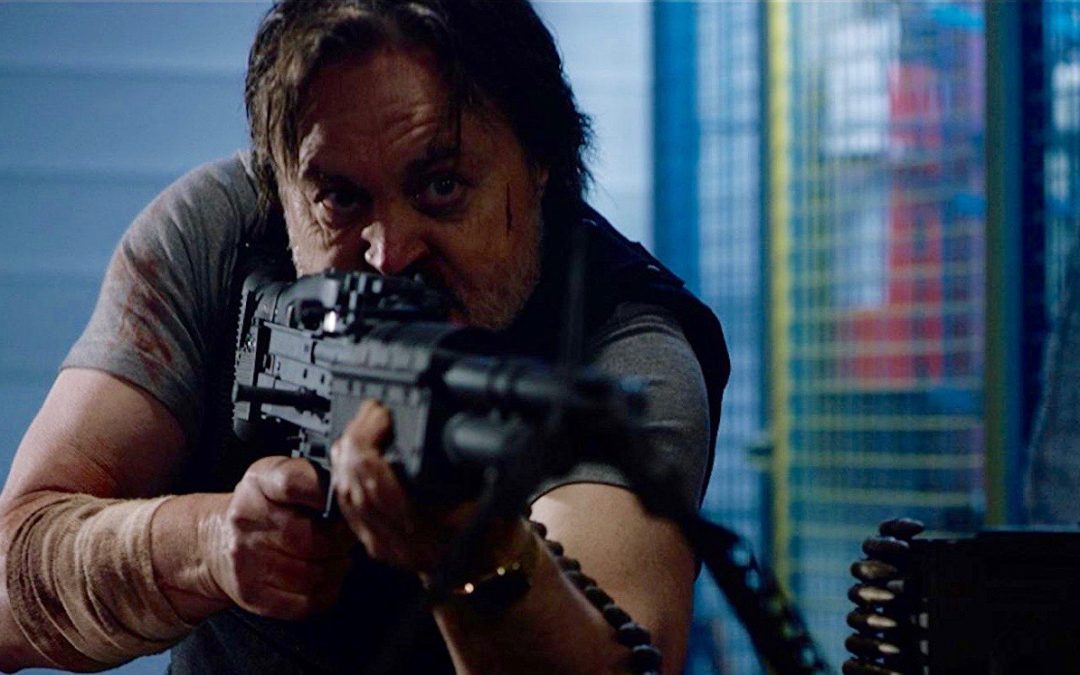 Sixty Minutes to Midnight is a brutally entertaining action thriller with an awesome new action hero, tight pacing and some glorious kills.

Plot: On New Year’s Eve 1999 a construction worker suddenly finds himself starring on a TV Game Show that kills its contestants!

Review: I went to the Toronto After Dark Film Festival last night as I was really curious to check this movie out after finding the awesome looking trailer the other day. Described as Assault on Precinct 13 meets Die Hard you could also throw in a nod to The Running Man too giving us an edge of your seat action thriller that deserves to be seen by as big an audience as possible.

Sixty Minutes to Midnight’s runtime is a glorious 1 hour and 19 minutes and manages to squeeze in as many R rated kills as possible with a new action hero in Robert Nolan’s Jack Darcy. He’s a borderline alcoholic construction worker who doesn’t have much of a life but when he finds out he is on a sadistic game-show with his life on the line he suddenly realizes he has something to fight for.

Darcy is immediately appealing as a character and although he doesn’t have many one-liners he is very much in the John McClane mold as he takes out his attackers with brutal and ruthless efficiency.

Sixty Minutes to Midnight should be seen as a template for how to do an independent action feature; director Neil Mackay knows exactly what kind of film he’s making and it’s frankly everything I could want.

The audience cheered at the kills as we have blood squibs galore and some imaginative methods of disposing of the bad guys, making this a near perfect throwback to the action movies of old.

The score is also a nice tribute to Michael Kamen’s Die Hard music which was immediately recognizable.

In terms of flaws, it isn’t going to win awards for originality and is a concept we’ve all seen before and the action is small in scale but the execution is faultless and the pacing tight.

Overall, Sixty Minutes to Midnight is a brutally entertaining action thriller with an awesome new action hero, tight pacing and some glorious kills. I hope it gets a decent sized theatrical release as action fans will love it.