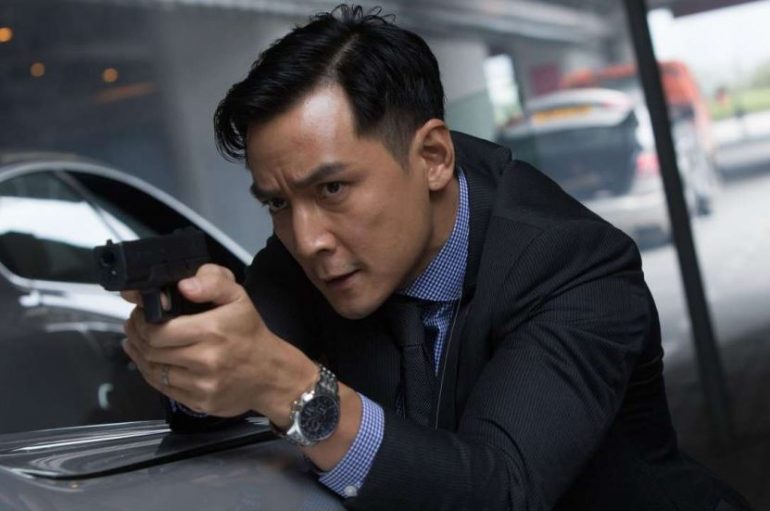 Sky on Fire is worse than I expected and I can’t really recommend it even to die hard fans of Ringo Lam.

Plot: A security guard becomes embroiled in a battle to protect stem cell research, which can potentially cure cancer, from falling into the wrong hands

Review: Ringo Lam was always one of my favourite action movie directors; City on Fire is a classic and I’ve always loved Full Contact and Twin Dragons; he’s worked with JCVD on a few films too including Maximum Risk, In Hell and Replicant.

When I heard he was making Sky on Fire I was excited to see the fifth entry in the “On Fire” series… and then I saw the reviews; it can’t be that bad, I thought to myself… but boy was I wrong. I sat down to watch it on Netflix the other night and couldn’t believe the SY-FY Channel level special effects which included some of the worst CGI I’ve ever seen.

I also found the story was a little convoluted and despite being about potentially curing cancer they forgot to make any characters to actually like or care about. I liked the idea and themes behind it including people’s rights to have medical care but the characters were just too one dimensional to even bother about. It’s pretty bad when the girl who is diagnosed with cancer is actually annoying and you don’t even empathise with her as she keeps running away from getting treatment.

Daniel Wu was essentially the hero called Tingbo and I guess you felt for him as he was getting over the loss of his wife who had died of cancer but you’re never sure where his allegiances lie until the finale. He still has the moves though and the fight scenes are the highlight of the film. I never understand why you have great fight sequences and car stunts then ruin the rest of the action with such piss poor special effects.

There was some clunky dialogue too with very little that was memorable; it also just got plain stupid by the finale where I had essentially completely tuned out as the Sky One Building unconvincingly explodes like a PS1 cut scene.

Li Haitao is quite entertaining as the henchman Wolf who is one of those villains who is practically invincible until the climax. He’s a nasty piece of work and was arguably the best thing about the film.

Overall, I don’t want to waste any more time talking about this movie. Sky on Fire is worse than I expected and I can’t really recommend it even to die hard fans of Ringo Lam. There are a couple of entertaining fight scenes and Wolf is a fun henchman but it’s otherwise an unwatchable mess.