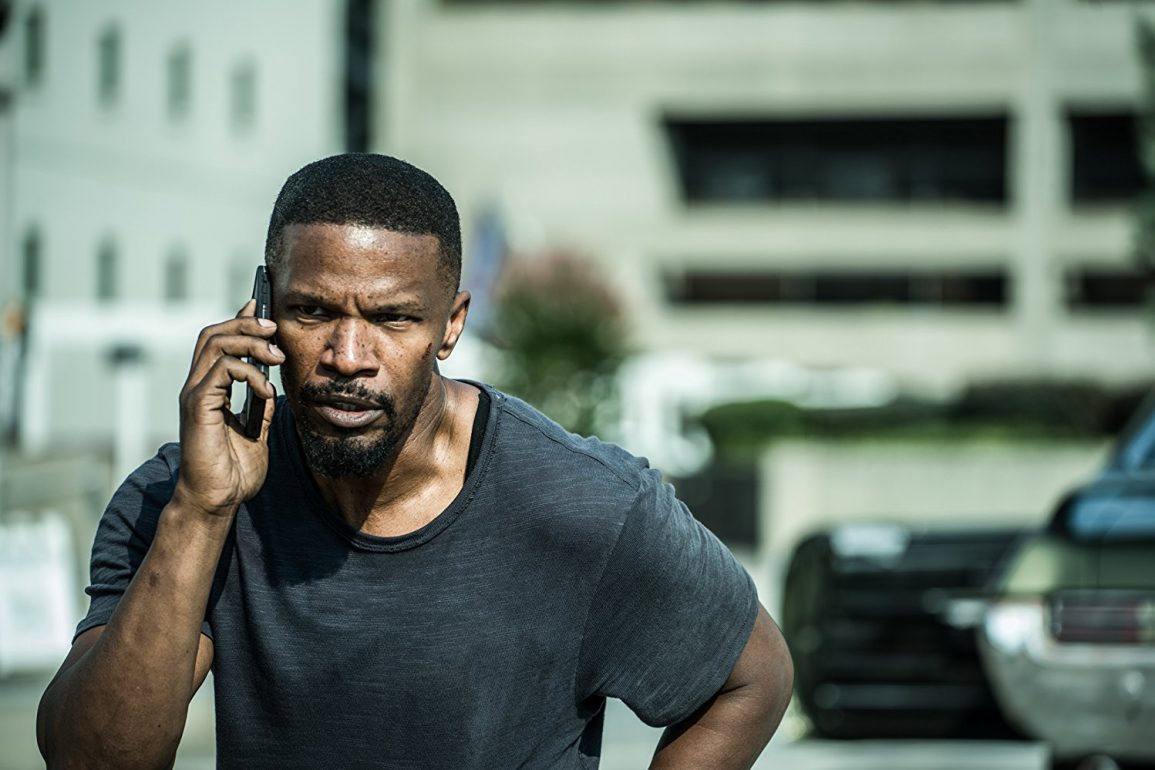 Sleepless is a perfectly serviceable action thriller with some great fight scenes, an intense villain and a fast pace guaranteeing you won’t be bored for a second.

Plot: A cop with a connection to the criminal underworld scours a nightclub in search of his kidnapped son.

Review: It’s a shame this movie came and went with little fanfare; it didn’t even get a theatrical release here in Canada and generally got lambasted on Rotten Tomatoes… which usually means it’s worth watching.

So I finally sat down to watch Sleepless and was pleasantly surprised that it’s a solid actioner with a few plot twists and some kick ass fight scenes.

The action highlight is easily the fight in the kitchen between Jamie Foxx and a henchman which is satisfyingly violent. It isn’t even ruined by shaky cam and also doesn’t look overly choreographed. It’s two guys fighting for survival against each other and every punch you can practically feel.

There’s another great fight in a spa which also looked decidedly painful and the action in general was very well done.

I’m not normally a big fan of Jamie Foxx, I find he mumbles too much and comes across as really arrogant but this is one of his better roles as you aren’t quite sure if his character Vincent  is corrupt or not.

Scoot McNairy eats up the screen as the villain Novak but am I the only person who confuses him with Joel Kinnaman sometimes? They just look alike and at first I thought it was Joel playing Novak. Anyway, he’s a suitably scary bastard in this and every moment he is on screen oozes threat.

The story is essentially Taken meets John Wick as Vincent has to return some stolen drugs to the bad guys or his son will be killed.

The weakest element of the film for me was the character of Bryant (Michelle Monaghan) who was such an unlikable bitch that I was hoping she wouldn’t live to see the end credits. When she steals the drugs thus screwing over Vincent I was throwing stuff at the screen. There were also a few moments that stretched credibility but nothing overly clunky.

Overall, Sleepless is a perfectly serviceable action thriller with some great fight scenes, an intense villain and a fast pace guaranteeing you won’t be bored for a second.