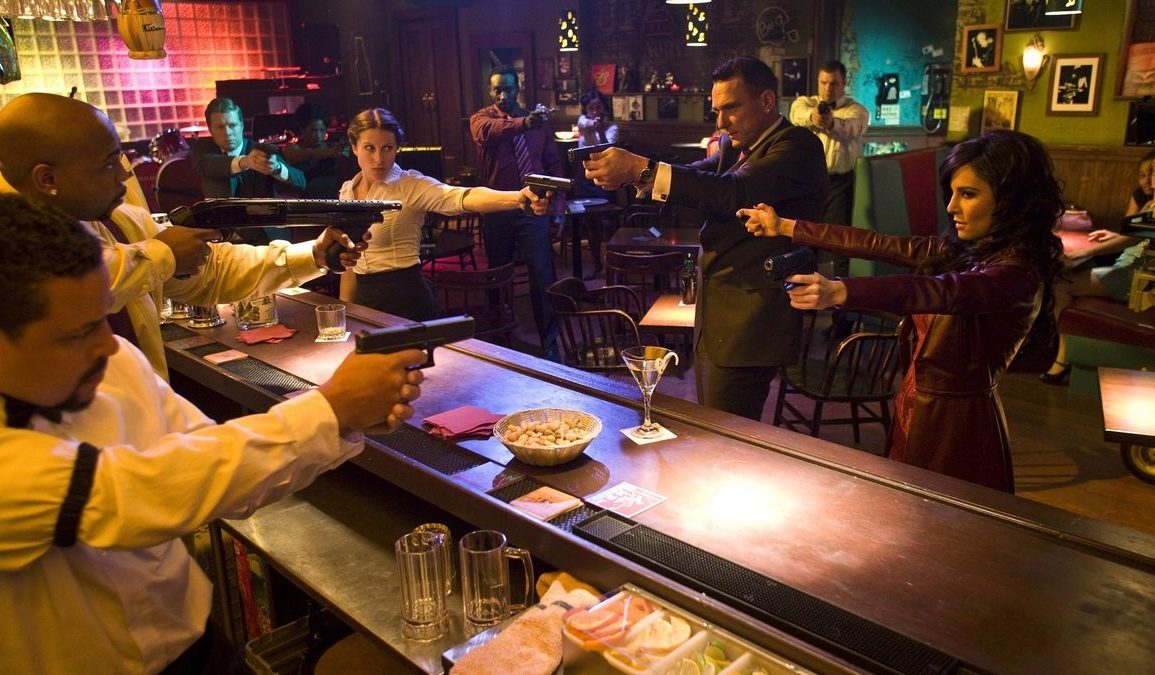 Assassins’ Ball isn’t the worst straight to DVD follow up I’ve ever seen but I would rather watch the first movie instead of sit through this again.

Review: The original Smokin’ Aces from Joe Carnahan is a bit of an action gem with chaotic action and insane characters that stick with you long after watching. It had an amazing cast that included Ray Liotta, Ryan Reynolds, Ben Affleck, Andy Garcia, Jeremy Piven, Tommy Flannigan and Chris Pine.

This straight to DVD sequel doesn’t have anywhere near the same high caliber cast however Tommy Flannigan’s master of disguise Lazlo returns and is one of the highlights of the movie. We also have Tom Berenger and Vinnie Jones but he doesn’t even have that big of a role.

Assassins’ Ball does the best it can with its limited budget but try as it might it doesn’t capture the same kinetic action of the first movie. There is no one you actually care about so when the “big reveal” comes in the final act you’re thinking “who cares?” which isn’t the best way to feel by the end of a movie.

The acting is decent enough but the CG explosions are pretty bad and it feels like it’s trying to hard to be shocking. It’s certainly pretty depraved but the opening scene in the church left a nasty taste in the mouth.

At just under 90 minutes it is fast paced and gets going straight away so you’re never bored but with no one to root for you’re left wondering why you bothered watching it.

Overall, Assassins’ Ball isn’t the worst straight to DVD follow up I’ve ever seen but I would rather watch the first movie instead of sit through this again.