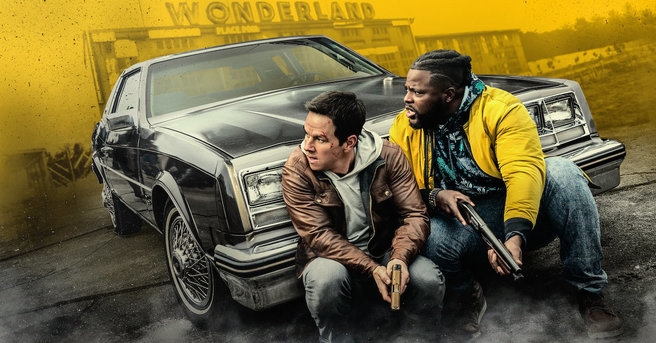 Spenser Confidential may not be a classic actioner but it’s not without its moments and Winston Duke makes it worth your while. It’s disposable stuff but the action is slick and plentiful.

Review: I’ve read some mixed reviews for Spenser Confidential, the new update of Spenser for Hire which premiered on Netflix yesterday. I’ll admit it wasn’t a life changing movie but I still had a lot of crazy fun with it due to some fun banter and plentiful action scenes.

Mark Wahlberg was essentially the same as he always is but it was Winston Duke as Hawk who stole the show for me. I just thought he was cool and funny with an immediately appealing screen presence. He is believable in the fight scenes but Hawk just comes across as a genuinely good guy who you root for straight away.

Spenser is great at getting his ass kicked but as Hawk states after he gets a beating he usually comes out of it with more information than before.

It’s yet another story about corrupt cops which seems to be the storyline to so many movies now like 21 Bridges and Black and Blue. So it isn’t anything we haven’t seen before and you’ll forget about it by tomorrow but it’s a fun ride with slick action and several choice lines of dialogue. Alan Arkin is also a welcome addition to the cast providing some dry wit.

I really enjoy Peter Berg’s movies and the man knows how to do action; although I can understand why this has gone straight to Netflix it isn’t short on set-pieces (mostly punch ups) but it all builds up to a satisfying showdown.

Steve Jablonsky’s score is jaunty and light which matches the general tone of the film but it’s mostly drowned out by various rock songs.

It’s very much open for a sequel and Netflix obviously want it to become a series which I would have no problem with; Spenser may have crazy methods but he gets the job done and he is a true blue hero so further adventures could be a blast.

On a side note I wonder if Post Malone wakes up in the morning thinking “wow I look good”… he was well cast though and I wouldn’t be surprised if he showed up again in future entries.

Overall, Spenser Confidential is hardly a classic but if you’re looking for something to watch with a few drinks and some pizza you could do a lot worse.