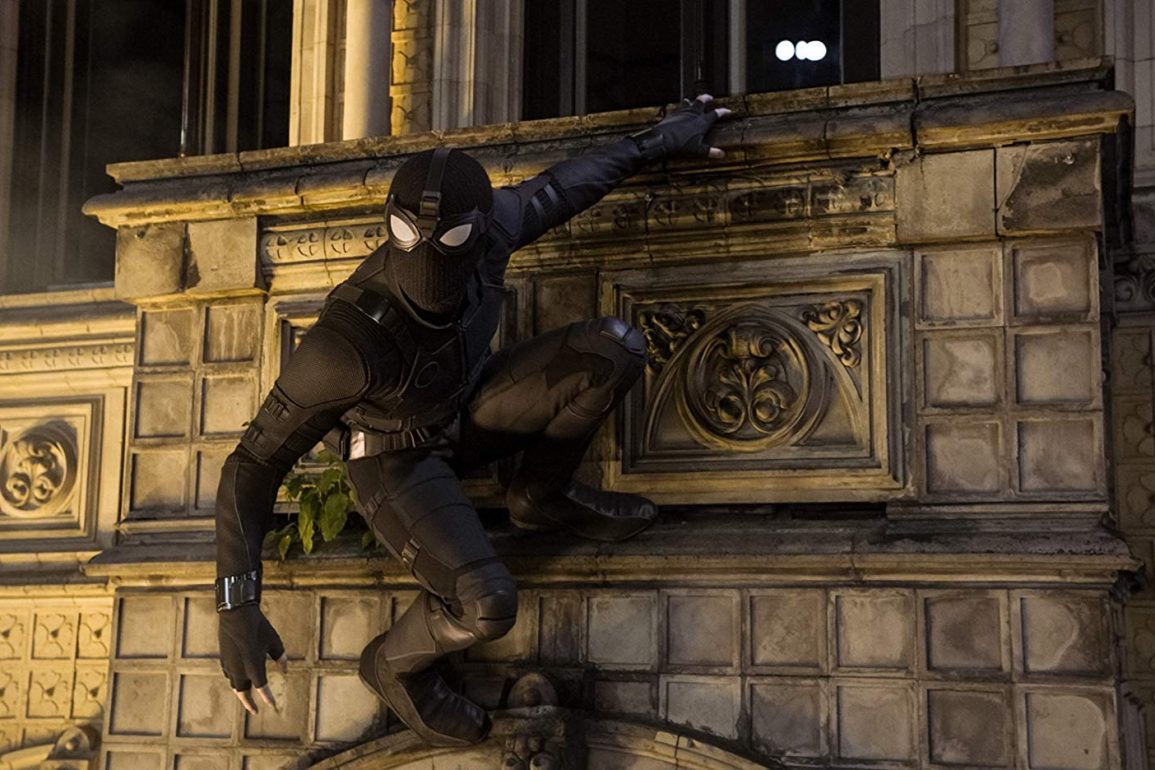 Spider-Man: Far From Home definitely feels like it’s aimed at a younger audience but Jake Gyllenhaal owns the movie as Mysterio and provides us with some impressive action scenes that we haven’t really seen before. If you’re a fan of superhero movies then you’ll have a blast.

Plot: Following the events of Avengers: Endgame (2019), Spider-Man must step up to take on new threats in a world that has changed forever.

Review: Mild spoilers ahead so if you haven’t seen the movie then read no further.

I’m a little late with a review for this movie but I figured most fans of the site aren’t exactly waiting for it anyway but there’s nothing else out in theatres right now so here we are.

I may have said this before so apologies if I am repeating myself but I have never been a huge Spider-Man fan; I mean, I was when I was a kid but as I grew older I just lost interest in him and always found him skewed younger. That was very much the case with Far From Home which had a lighter tone than Marvel’s Avengers: Endgame but still continues the story on and wraps up Phase 3 of the MCU.

After the events of Endgame Peter Parker (played by a very sympathetic Tom Holland) is about to go on vacation to Europe to take a break from the stresses of being a superhero but also to pursue the girl he likes MJ (Zendaya). Unfortunately fate has other plans and some creatures known as the Elementals appear conveniently where Peter is on holiday. During an attack on Venice Peter meets Quentin Beck AKA Mysterio (Jake Gyllenhaal) who saves the day… but is he everything he seems?

Everyone knows Mysterio is one of Spider-Man greatest nemesis and I have to put my hand up and say I loved him when I was growing up. He looked ridiculous with his goldfish bowl helmet and at times he had a high pitched voice (depending on which cartoon you were watching) but he was always a lot of fun. In Spider-Man: Far From Home Gyllenhaal is at first immediately appealing but when his true intentions are revealed his transformation is believable and he creates some of the most original Spider-Man set-pieces to date. A sequence about half way through has him creating all of these illusions with Spidey trying to battle his way out and it’s incredibly well realized. Jake is one of my favourite actors and it’s great to see him tackle such a supervillain after he was so close to being Spidey all those years ago.

Far From Home is really more of a high school comedy with Spider-Man scenes thrown in but it works for the most part although I found some of the humour fell a little flat. As I said it’s definitely aimed at a younger audience but there’s plenty for adults to enjoy.

At first I didn’t love Michael Giacchino’s music score but by the half way mark it really grew on me and was suitably heroic; I was whistling the main theme on the way out of the theatre which is always a good sign.

The story flows well although I found it took a little while to get going and could have maybe been a little shorter; the performances were strong by thee entire cast and Zendaya’s iteration of MJ is far more appealing and funny.

I really like Tom Holland as Parker/Spidey and this movie he is really battling with his dual identities giving the movie its heart. After the death of his mentor he wants to just enjoy his vacation and get with MJ but when Nick Fury and Mysterio show up Peter realizes his responsibilities must come first.

Overall, Spider-Man: Far From Home is an entertaining end to Phase 3 of the MCU and frankly I’d be happy if it all just ended there at least for a few years but judging by the frankly awesome mid-credits scene I would expect a third movie sooner rather than later.