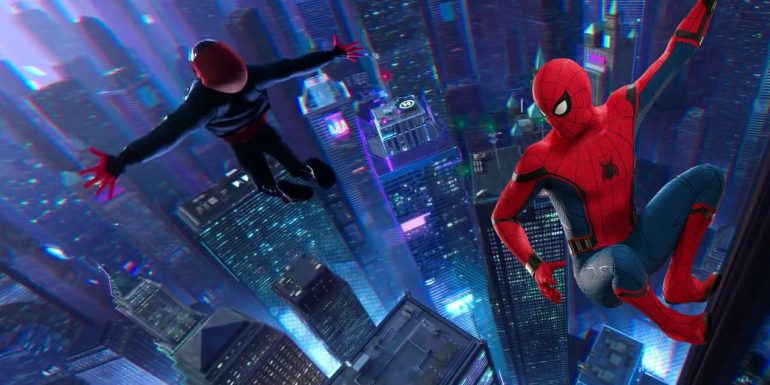 Spider-man Into the Spider-Verse

Spider-Man is undoubtedly the most-loved spider ever. Even those with arachnophobia love him. So, when Marvel decided to give a new lease of life to Spider-man, the fans were more than happy. This is how the world found a new Black Spider-man in Miles Morales. So, what does the first movie trailer has in-store for you?

So, you can certainly get a good ‘trailer’ break before you go on to try anything in the new year, and get to know about the new Spider-man in its Spider-Verse. Red Spins casino offers a small insight as to what you can expect from the movie.

Black is the new Blue

Miles Morales happens to be the new Spider-man after Peter Parker and the first black Spider-man. So here comes the first animated movie featuring Miles as the new Spider-man titled Spider-man: Into the Spider-Verse. The trailer for the animated movie was launched on Dec 10 and the movie is slated for release on Dec 14, 2018. The trailer is super sleek and promises to be an entertainer. The movie sees Miles take on the role of the superhero as he tries to find a balance between his high school and the newfound superhero status. The brownie points? He’s surrounded by Spider-men. Yes! There’s not just one but many kids with Spidey like powers in this new movie. So, it’s Spidey vs Spidey all the way.

The movie is out to display some good animation with comic-book-like feel. The film’s animation will be to watch out for. The film is being directed by Bob Persichetti, Peter Ramsay and Rodney Rothman. The screenplay credit goes to Phil Lord and Chris Miller. Shameik Moore is the voice of Miles Morales. It also stars Liev Schreiber, Mahershala Ali and Brian Tyree Henry.

The movie trailer has already generated a lot of buzz among fans and critics. The trailer doesn’t reveal much of the storyline but does make one sit up and notice. It will leave you wanting for more. What the trailer does is that it shows Morales as the new Spiderman. We can also see that there’s not just one Spiderman. It makes fans imagine a world or even universe as the title suggest where most beings have Spiderman-like powers. The animation is sure to make you wonder if it is just another animated movie. The animation seems uber cool and makes you realise that some good techniques have been involved in the making. The trailer has received a very good response and comments from the media and common people alike. The star cast looks impressive and so does the credit roll.  Lord and Miller, together, have The Lego Movie and Jump Street to their credits. The movie will give fans some much-needed diversity from the original franchise. Marvel hopes to make it big this time with Sony Pictures. The last outing of Amazing Spider-man series did not go as huge as expected. This new movie Spiderman: Into the Spider-verse promises to be different yet will stick to the basic spirit of Spider-man franchise. So, fasten your seatbelts folks as Spider-man takes you on a ride to his world.