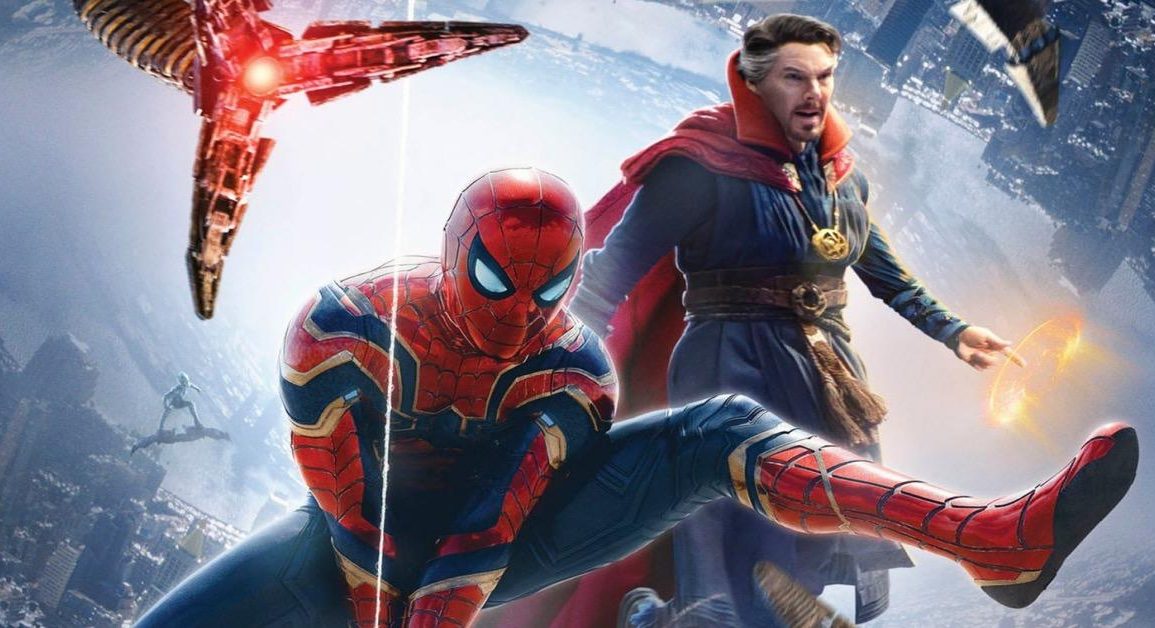 Spider-Man: No Way Home is a surefire crowd-pleaser and destined to become the biggest movie of the year and I think fans are going to go nuts for it, especially the final hour. As someone who is neutral about Spider-Man I had a fun time but the awful 3D took away some of the enjoyment so I will watch this again when it hits home video.

Plot: With Spider-Man’s identity now revealed, our friendly neighborhood web-slinger is unmasked and no longer able to separate his normal life as Peter Parker from the high stakes of being a superhero. When Peter asks for help from Doctor Strange, the stakes become even more dangerous, forcing him to discover what it truly means to be Spider-Man.

Review: Spider-Man: No Way Home (I’m finding these ‘Home’ titles confusing now) is likely going to be the biggest box office hit of the pandemic era as it is a genuine crowdpleaser in every sense.

I feel like I will need to watch this movie again at home when it hits Blu-ray as we sadly saw it in 3D which was awful; it was so dark that we could barely see what was happening a lot of the time making it hard to get truly invested in the story.

The 3D screening was all that was available so we took one for the team just to see the film before everything got spoiled… the problem is most of it was already spoiled in the trailers and there were very few surprises. I won’t go into any details as I wouldn’t want to ruin this for anyone but it’s shocking how much I knew about this movie before going in. I’m not even a big Spider-Man fan and yet I seemed to know everything that was going to happen in advance.

The first half of the movie is a little slow and it takes a while for any action to happen instead going for goofy humour and Peter Parker being quite annoying. I was feeling my age watching this movie as the audience was filled with rowdy teenagers who would cheer any time someone appeared and it made me sad that I’ve never been that passionate about anything… damn kids, etc…

Anyway, it’s the final hour where the film really comes into its own and it’s hard not to smile at the sheer fan service; I hear that term a lot as if it’s a bad thing but if you aren’t out to please fans then what are you doing and who are you aiming for?

Seeing all the iconic villains on screen together is a lot of fun with Willem Dafoe chewing the scenery as only he can but I also thought Jamie Foxx was far better as Electro this time around. Alfred Molina shines once again as Doc Ock and it was also wonderful to see the great J.K. Simmons return as J. Jonah Jameson. He wasn’t as funny as previous movies though and I feel like Sam Raimi used the character better.

Tom Holland manages to make Peter naïve, yet sympathetic and he goes through the ringer in this movie but after the 45 odd Spidey films we’ve had now I still feel Spider-Man 2 with Tobey Maguire is the best one. There was humour in the Sam Raimi movies but they strangely never felt like kid’s movies whereas the Tom Holland movies do.

We all know from the trailers that this has several villains that we’ve seen before and it could easily have been an overly convoluted mess but it actually manages to have heart and genuinely emotional scenes as well as a hugely satisfying final showdown.

The action is mostly CG heavy but it’s a Spider-Man film so complaining about it not being realistic seems pointless as the visuals were impressive (whenever I could see them through the 3D).

Michael Giacchino is on scoring duties and gives us one of the better MCU scores to date with some epic choirs and using previous character themes from the other movies.

Overall, I’m keeping this as spoiler free as possible so I won’t say anything else but Spider-Man: No Way Home delivers everything you’d expect but there are few genuine surprises unless you’ve managed to somehow avoid the trailers. It’s the final hour where the movie really takes off and despite all the big set-pieces it still has a beating heart at its core. I’ll be surprised if this makes less than a billion at the office as it has “smash hit” written all over it.