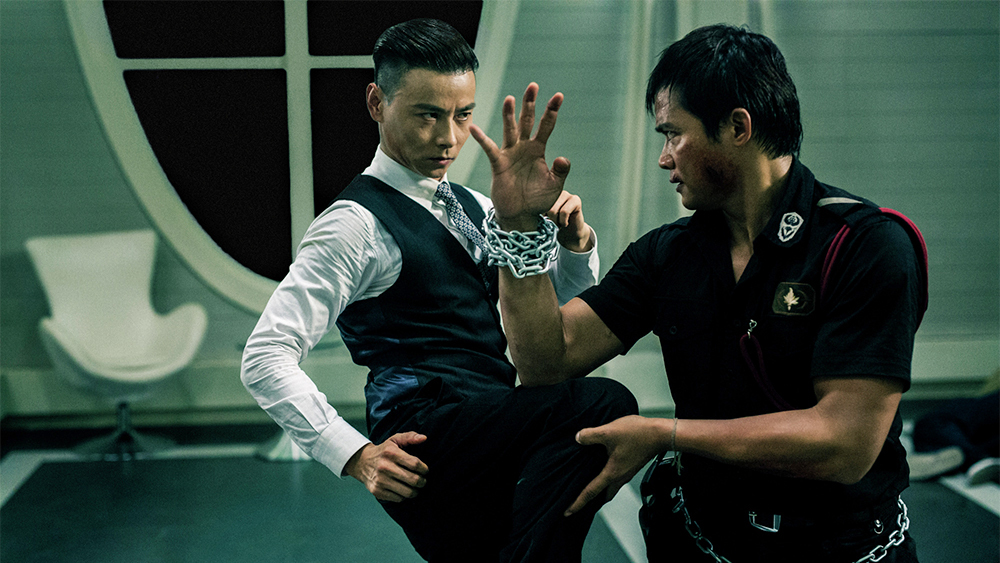 SPL 2 is definitely one of the best action movies of the year and is arguably Tony Jaa’s finest film since The Protector.

Plot: A undercover cop attempts to find the mastermind of a drug syndicate. When his cover is blown, he winds up in a Thai prison. Surprisingly, he is a bone marrow match for a guard’s daughter.

Review: I think I’m the only person who didn’t totally love the original SPL; I found the first half rather slow but the fight scenes in the second half were genuinely fantastic and were the one aspect which truly stood out… aside from THAT ending.

SPL 2: A Time for Consequences bares no real resemblance to the first film and I think I actually prefer it. The fight scenes are breathtaking and exciting with spectacular choreography.

Tony Jaa is incredibly likeable as a prison guard called Chai put in a desperate situation when his sick daughter requires an organ transplant to survive. When he finds out that a recent prisoner called Kit (Wu Jing) is transferred to the prison, he discovers that he is one of the few people who has the organ required to save the child.

Various complications arise and I won’t go into the story but let’s just say that there are some twists and turns meaning things never go smoothly for either protagonist.

It was a surprisingly moving tale and you really care for the characters and their plights as they go through their own personal Hell. It never gets overly grim though and has a sense of humour with some nice moments of levity.

It’s also rather glossy looking and nicely shot with a genuinely epic feel to it.

The best thing about the movie though was the music; there is a prison riot sequence, which is arguably the best action scene of the year and the music really stood out as it was unlike anything I’d heard before.

Watching this on the big screen is the best way to watch it as the sound was stunning and really immersed you in the action.

It is of course pretty ludicrous in parts and isn’t afraid of some melodrama but that just adds to the sheer entertainment value. There is the odd bit of wirework which wasn’t needed for the fight scenes but it didn’t really detract anything.

A few minutes could have been cut for pacing reasons too as it is quite a long 2 hours; thankfully it’s action-packed so you’ll never be bored.

The final fight scene is everything an action fan could desire, however the lack of closure regarding the villain was disappointing and it all ended so suddenly.

Overall, SPL 2 is definitely one of the best action movies of the year and is arguably Tony Jaa’s finest film since The Protector. With word of an SPL 3 in the works, I can’t wait to see what they come up with next.