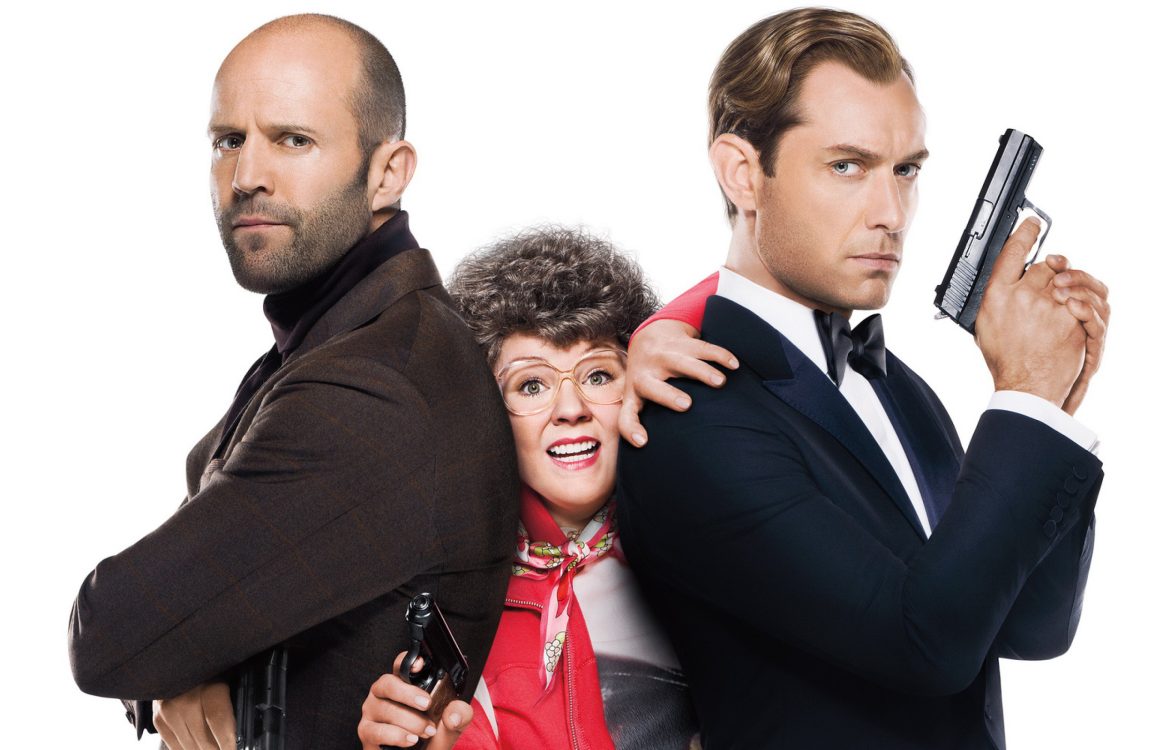 Spy is occasionally hilarious with some standout action scenes and Statham is on top form. This is arguably McCarthy’s best film to date and maybe we can see more of her with a better script in the future as she deserves it.

Plot: Susan Cooper is an unassuming, deskbound CIA analyst, and the unsung hero behind the Agency’s most dangerous missions. But when her partner falls off the grid and another top agent is compromised, she volunteers to go deep undercover to infiltrate the world of a deadly arms dealer, and prevent a global crisis.

Review: I haven’t been a massive fan of Melissa McCarthy’s brand of humour up until now; I think she’s actually more talented than her material and Spy is certainly a step up from her other movies. She’s instantly likeable as Susan Cooper, the deskbound agent who is thrust into the field after the other agents have had their cover blown. She brings a certain hominess to the character and makes her feel sympathetic and surprisingly believable.

It’s refreshing to see a woman who isn’t immediately stunning in the old fashioned sense, kick some ass with the best of them and McCarthy has enough charm to have you rooting for her until the very end. Everyone likes an underdog and Cooper takes a lot of abuse in this movie both physically and mentally.

We all know that that this was always going to be Jason Statham’s movie and he does indeed steal the show; Rick Ford is one of his best characters because he’s actually quite a crap spy. He spends most of the movie bragging about various impossible feats he has achieved in his life but when we see him in action he’s more like Inspector Clouseau. He’s always angry and abusive to everyone and totally doesn’t believe Cooper is right for the job but we soon discover that she’s more competent than he’ll ever be.

Jude Law plays the suave spy well as Bradley Fine; although he thinks he’s God’s gift, he is quite patronising towards Susan and you kind of want her to punch him.

What surprised me most about Spy was how good the action was; there were real explosions, hard R violence and some rather good fight scenes too. It was well paced and had a few twists and turns I didn’t see coming.

The opening credits are a fun pastiche of James Bond and it even has its own Bond Theme which really adds to the entertainment value.

I also liked how it was actually filmed in all these different international locations which is what we all love most in spy movies as it’s all part of the wish-fulfilment.

Where it falls down though is the script; maybe it’s because I’m in my 30’s now but I think dick jokes have been done to death and some of the humour falls flat. There are moments of absolute hilarity but it could have just used a bit more sophistication; I hate when everyone else in the audience is laughing but I’m not as I feel I’ve missed something but that was the case while watching Spy.

It doesn’t bode well for the Ghostbusters reboot as I don’t know what Paul Feig is going to do with a PG-13 rating where the cast aren’t swearing every 2 seconds.

Overall, Spy is occasionally hilarious with some standout action scenes and Statham is on top form. This is arguably McCarthy’s best film to date and maybe we can see more of her with a better script in the future as she deserves it.