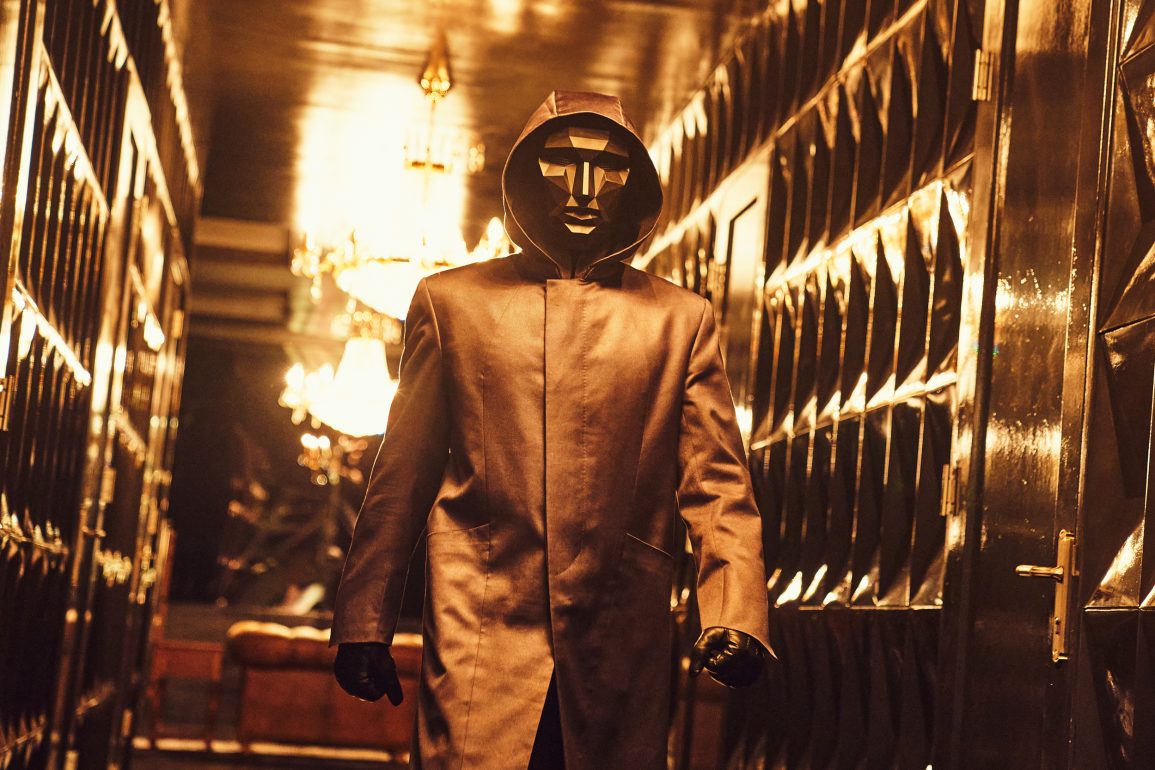 Squid Game may not be that new an idea but its execution is fantastic with memorable characters, colourful set design and most importantly violent kills. Not sure I love the last episode or the way it ended as it seemed to lessen the impact of what came before but it’s still a darkly entertaining ride.

Plot: Hundreds of cash-strapped players accept a strange invitation to compete in children’s games. Inside, a tempting prize awaits with deadly high stakes. A survival game that has a whopping 45.6 billion-won prize at stake.

Review: *Spoilers ahead* I’d been hearing everyone talking about Squid Game and seeing memes all over social media so I figured it was time to see what all the fuss is about. It’s a similar idea to Battle Royale (which is till my favourite of these kinds of tales and I will review it soon) where a bunch of people battle for survival for a grand prize.

It takes a couple of episodes to get really interesting but I felt my patience was rewarded as I started to get to know the characters and (to my surprise) genuinely care about them.

At first Seong Gi-hun Seong (Lee Jung-jae) just came across as a loser addicted to gambling so I didn’t take to him but as the story progressed you could see that in his heart he was a good man who didn’t want to hurt anyone but would do what he had to in order survive the mysterious Squid Game.

I think most of us loved Player 1, the old man (played by Yeong-su Oh) who just came across as a gentle soul but then we all know how that turned out…

The best episode for me was the “marbles” one as it was heart wrenching stuff and I’ll be honest, I actually teared up so imagine how annoyed I was at the end of the show. I think I hated the last episode which dragged out a little too long and I’m not sure how I feel about that twist.

The performances are excellent and there are so many memorable characters I won’t go into them here but I particularly liked Ali who was a pathetic soul and Deok-Su made for a truly hateful antagonist. I thought Stephanie Komure was wonderfully deranged as Mi-Nyeo who will use anyone to her advantage.

The set design is fantastic with all the games looking like genuine kid’s games… with a deadly twist. The pink suited guards are like armed Oompa Loompas and I love that little tune that plays when they are setting things up or clearing away the debris. 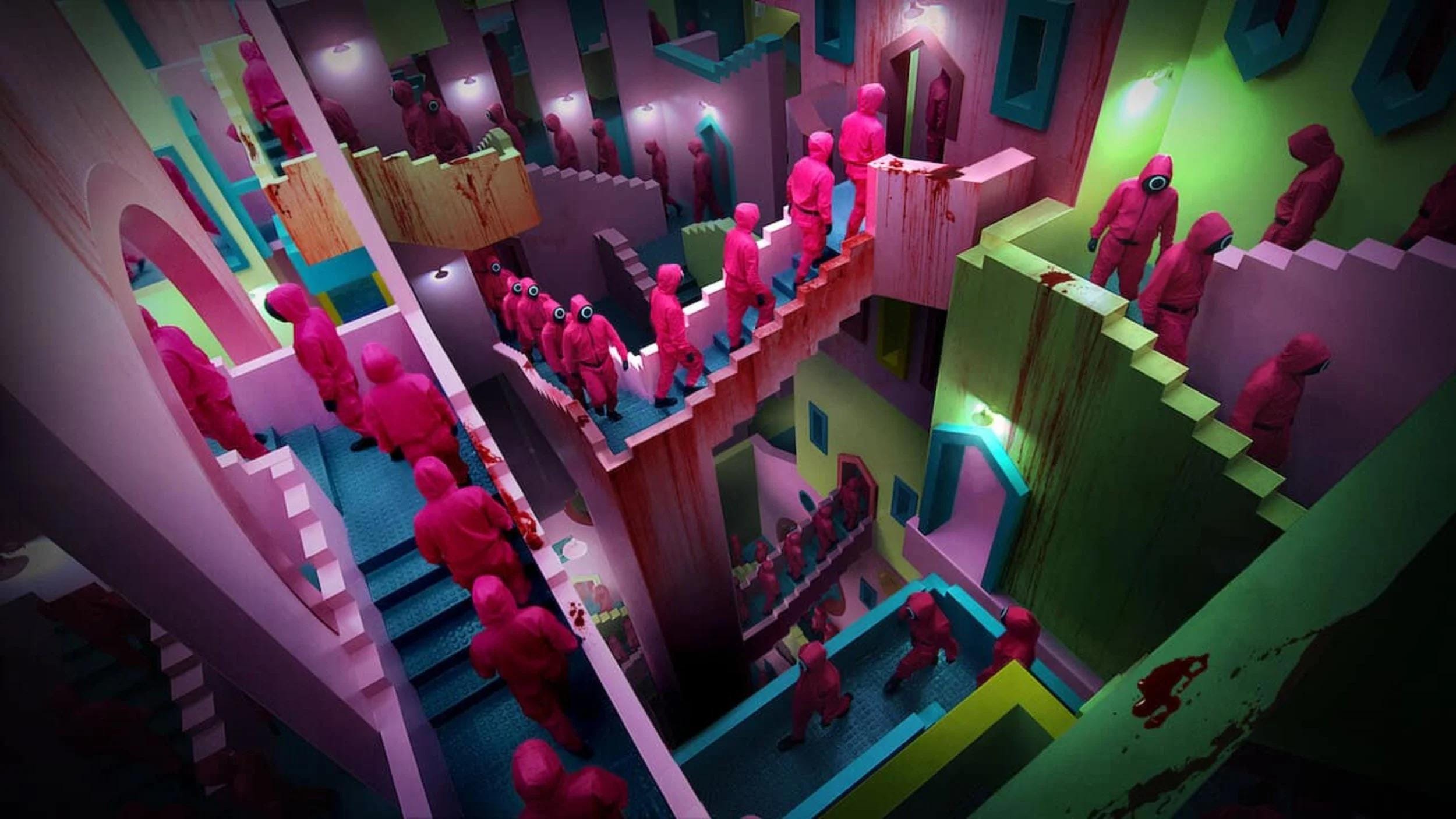 In terns of action there is a bodycount genuinely in the hundreds so we get plenty of violent kills, people being shot, a huge fight at night time (which was the highlight of the show for me) and even a climactic fight.

It’s dark stuff but it doesn’t reach the excessive levels of gore that the Saw movies do but it sure is close; like Saw there is a moral behind it and it’s all about the evils of greed and how far you would go for lots of money.

I’m not sure how interested I would be in a second season as I feel this works better as a one off, but I believe it has been announced so I imagine there will be more depravity; it will be intriguing to see what Gi-hun plans on doing…

Overall, Squid Game may take a little while to get going and the ending may piss some people off but I found myself involved with each episode and grew to care about the characters. There are some inventive deaths so it’s a good mixture of horror, action and mystery.