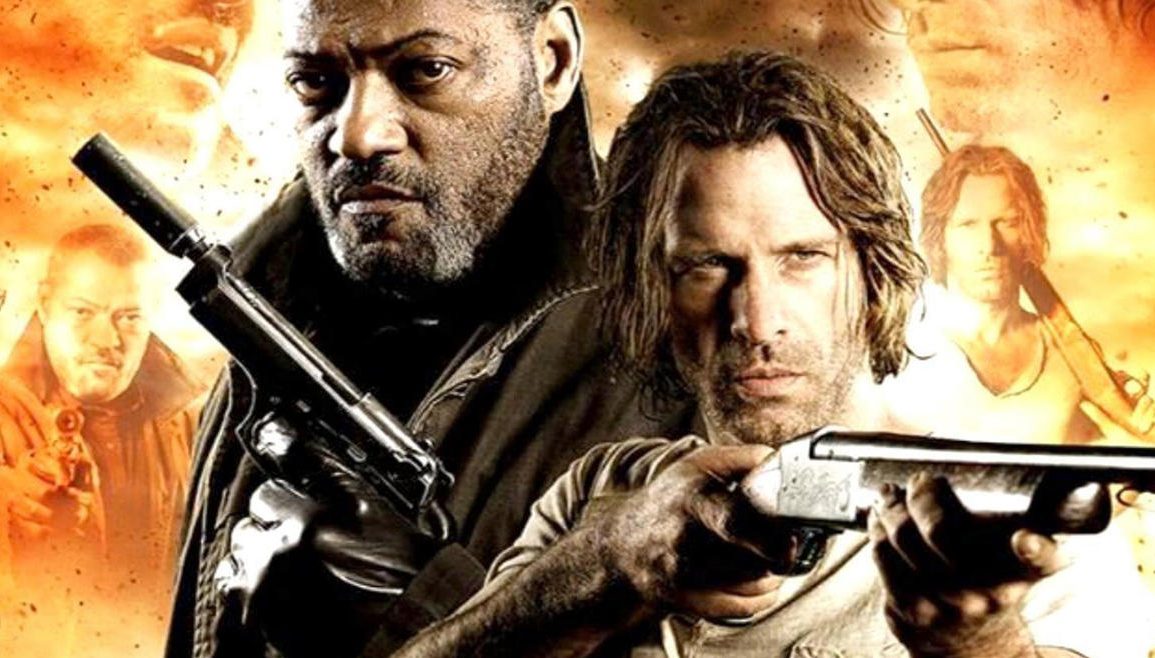 Standoff doesn’t have any huge set-pieces but the battle of wills and first rate performances (with a side order of violence) makes it a must see.

Plot: Carter (Thomas Jane), a troubled veteran, gets a chance at redemption by protecting a 12 year-old girl from an assassin (Laurence Fishburne) after she witnesses a murder. Holding a shotgun with a single shell, he engages in physical and psychological warfare in a desperate fight for the girl’s life.

Review: It’s a pity this little gem isn’t getting a wider theatrical release as Standoff is one of the best movies I’ve seen so far, this year. Thomas Jane and Laurence Fishburne are at the peak of their powers as a grieving father and psychotic hitman caught in a game of cat and mouse.

The majority of the movie takes place in a house in the country and is a contained story like the original Die Hard. It’s incredibly tense with Fishburne clearly loving every moment as Sade, a hitman trying to take out a little girl who witnessed him killing someone.

Carter is the type of role Jane can play in his sleep but he does it so well that you’re behind him all the way.

Ella Ballentine almost steals the movie as Bird, the girl being pursued by Sade. The poor thing goes through an absolute nightmare and manages to never be the “annoying kid” in the film; she brings genuine heart to proceedings and is essential for Carter’s redemption.

It’s hard R stuff too with a particularly nasty scene involving a hammer which will stick with you after watching.

If you’re looking for lots of action and shoot-outs then this may not be for you because it’s smaller in scale and relies on psychological mind games as well as weapons. At just under 90 minutes long it wastes no time in getting going and is well paced up until the tension (and blood) filled finale.

One of the best scenes was towards the end is where Sade and Carter are talking and you get some backstory to Sade making him more than the one note killer you’d initially expect.

I loved the score which has a sort of horn of the apocalypse sound when Sade does something particularly evil.

Sure, some of it stretches believability but hey, it’s just a movie and not everything has to be a documentary.

Overall, Standoff doesn’t have any huge set-pieces but the battle of wills and first rate performances (with a side order of violence) makes it a must see.