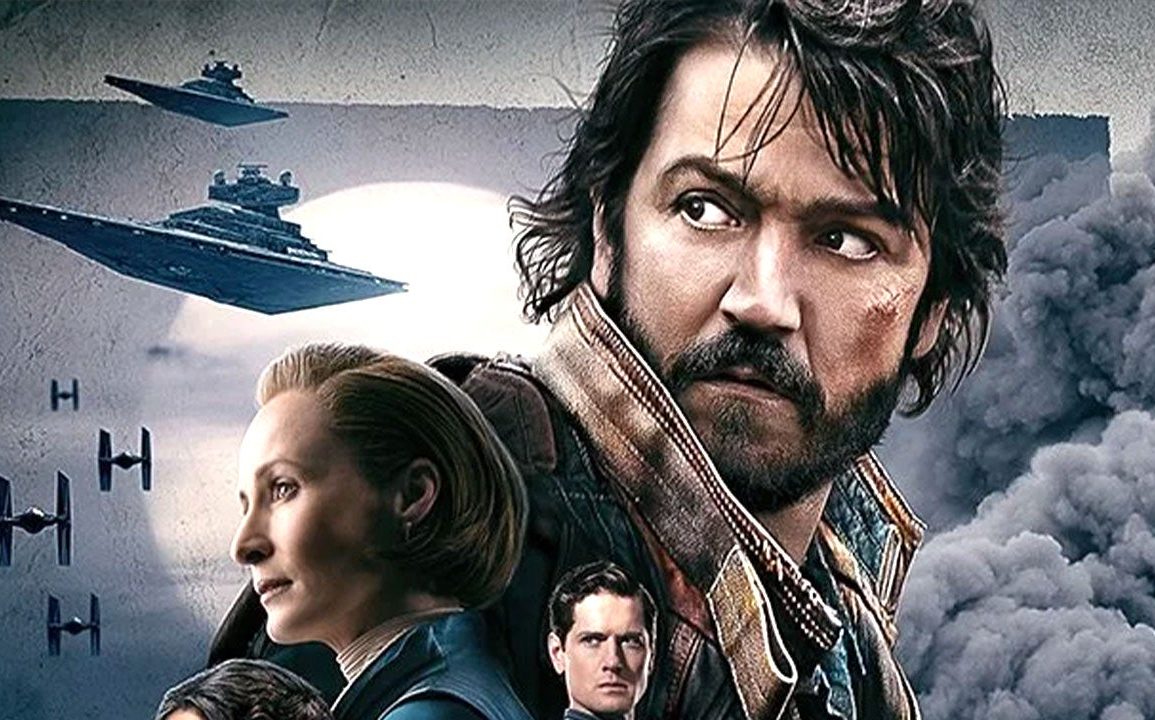 A Slow Start But Feels Refreshing and New

Andor starts off slow and may put a lot of fans off but it’s worth sticking with it as episode 4 picks up the pace with a standout performance from Stellan Skarsgård and some impressive practical effects.

Plot: “Andor” explores a new perspective from the Star Wars galaxy, focusing on Cassian Andor’s journey to discover the difference he can make. The series brings forward the tale of the burgeoning rebellion against the Empire and how people and planets became involved. It’s an era filled with danger, deception and intrigue where Cassian will embark on the path that is destined to turn him into a rebel hero.

Review: When I first heard that Rogue One’s Cassian Andor (Diego Luna) was getting his own prequel series I (like most people I imagine) wondered… why? He wasn’t an especially interesting character so it was hard to picture a series about him being gripping but I am always curious about anything Star Wars as it’s my favourite fictional universe.

I’ve seen the first 4 episodes of Andor and although it starts off profoundly slow it really gets going in episode 4 when we get to see the city planet of Coruscant again looking better than ever; the first two episodes are rather plodding and will put many fans off as they don’t really feel like Star Wars. It’s almost Blade Runner-esque with some of the visuals (which is no bad thing) and the effects are the best of any Star Wars TV series thankfully not using the Volume so we get a grander sense of scale and the fact the show is filmed in real locations is also a huge bonus.

I’m also delighted to see so many Scottish actors have such prominent roles and some of the series was actually filmed there too which is awesome.

Cassian Andor himself is more interesting here than he was in Rogue One giving him more backstory and once again showing us that he will do whatever it takes to get the job done. I still think one of the darkest moments in all of Star Wars was when he shot his comrade in cold blood in Rogue One because he would slow him down so Cassian isn’t exactly a true blue hero. In this series we see him as a child who grows up hating the Empire and wanting to fight for the Rebellion, albeit reluctantly at first. We still get the angle that the Rebellion‘s tactics are every bit as brutal as the Empire so you are questioning just how good or bad each side is.

The performances all round are arguably the best in all of Star Wars and the series has a more grounded approach which takes some getting used to – 4 episodes in and no Stormtroopers in sight. Stellan Skarsgård nearly steals the show as Luthan, a member of the Rebellion who recruits Cassian but he is so ruthless that you question just how good these Rebels actually are. Everyone seems to be in a perpetual state of terror playing along with the Imperials one moment, using people to their own advantage and then quietly working behind the scenes in the background.

It’s more of a spy thriller and doesn’t have much in the way of action so far aside from a few set-pieces but from the trailers it looks like there will be more as the series progresses.

One of Andor’s greatest strengths is that it feels fresh giving us a Star Wars show that is different from anything that has come before so despite being slowburn I think it’s going to pay off and I’m suitably invested to continue watching.

Overall, the first 4 episodes of Andor start off a little slow and will put off a lot of fans but the fourth episode really picks up and has sufficiently grabbed my attention that I’ll be tuning in for the rest of the series.