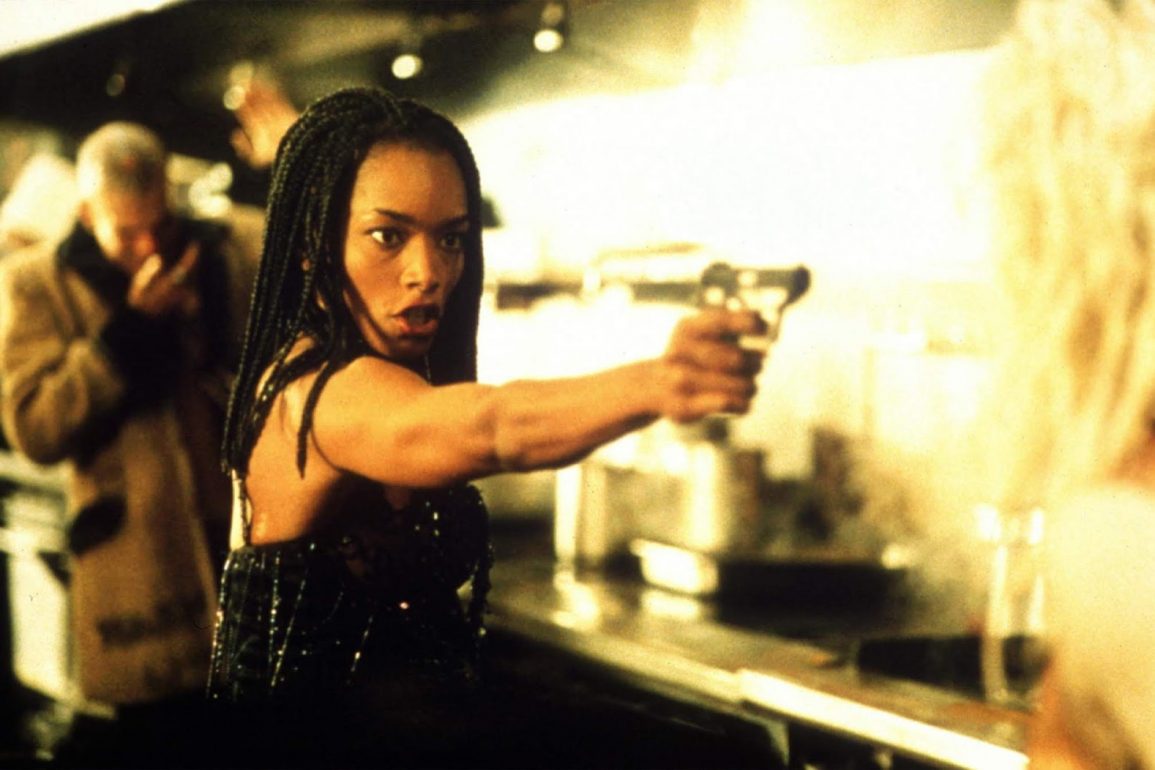 Stepping Back into the Dystopian Strange Days (1995)

Plot: Former policeman Lenny Nero (Ralph Fiennes) has moved into a more lucrative trade: the illegal sale of virtual reality-like recordings that allow users to experience the emotions and past experiences of others. While the bootlegs typically contain tawdry incidents, Nero is shocked when he receives one showing a murder. He enlists a friend, bodyguard Mace (Angela Bassett), to help find the killer — and the two soon stumble upon a vast conspiracy involving the police force Nero once worked for.

For some reason I had never watched Strange Days before until recently; I think I looked at the runtime which is 2 hours and 25 minutes and thought to myself aint nobody got time for that. I finally sat down and watched it the other day and I’m now kicking myself for waiting so long.

Written by James Cameron and directed by Kathryn Bigelow Strange Days paints a rather hellish dystopia with hints of William Gibson’s Neuromancer. In this future you can jack into people’s minds and see and feel what they do and Lenny Nero (Ralph Fiennes) can sell it to you for a good price. Nero isn’t an especially sympathetic character and comes across as pathetic especially with his obsession with Faith (Juliette Lewis) who clearly doesn’t care about him at all.

The real hero (and total badass) of Strange Days is Angela Bassett as Lornette ‘Mace’ Mason; it’s because of her that Nero has survived as long as he has because she is always there to save him. He seems to be oblivious to her feelings for him due to his obsession with Faith but thankfully he does notice by the end. I’ve always thought Angela Bassett was born to play Storm in the X-Men so it’s too bad that never happened.

Strange Days is also about race and is as relevant now as it was back in 1995 with riots that seem to never stop and the police proving a militaristic force so it isn’t a million miles away from reality.

Despite the rather lengthy runtime Strange Days for the most part moves at a frenetic pace and the first 20 minutes especially is like a nightmare brought to life. There is chaos on the streets and it really played up to the fears of the impending millennium.

Both D’onofrio and Fichtner play two corrupt cops trying to get their hands on a disc which has evidence of a murder they committed and they will stop at nothing to get it back. Both actors are rather terrifying in this movie and when D’Onofrio plays a villain there are few better as he can bring that searing intensity to the character where you are genuinely scared of him.

Michael Wincott was the go-to villain of the 90’s and although his character is bad he isn’t quite what we think; he’s such a great actor and I will watch him in anything.

I was looking at the box office for this movie and it only made $8 million dollars which is a shame as there are so many fascinating ideas and the movie tries to be a little different; it doesn’t feel like a mainstream blockbuster and it gets a little dark so I can understand why it wasn’t a hit. I didn’t know there were going to be rape scenes in it which are horrible giving the film a seedy vibe so you are never feeling comfortable while viewing. Some of the movie doesn’t always work with certain twists obvious from a mile off and there is some clunky dialogue as well.

In terms of action we’ve got chases, shoot-outs and a decent final fight scene where Nero finally stops being useless facing off against the real villain of the story.

Graeme Revell provides the score which although not classic certainly has its moments and he remains one of my favourite underappreciated composers.

Overall, Strange Days is an enjoyable action picture with a fantastic cast at the top of their game; Angela Bassett steals the movie and there are some great action scenes. It is rather grim at times so it’s not something I would watch regularly but it’s definitely worth checking out once.