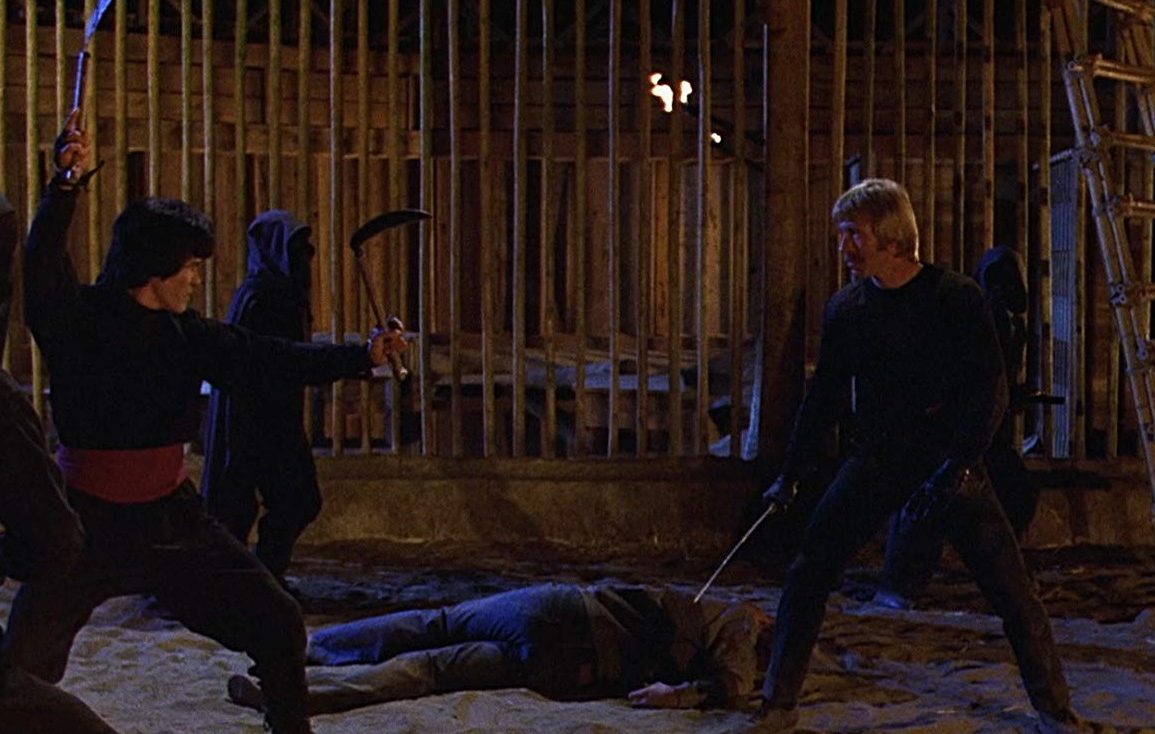 Stepping Back into The Octagon (1980)

Plot: Scott James (Chuck Norris), a veteran martial arts expert, is recruited as the protector of the wealthy and beautiful Justine (Karen Carlson) after she becomes the target of a ninja clan. When Scott finds out that his ruthless stepbrother, Seikura (Tadashi Yamashita) is involved with the stealthy and dangerous criminals, he is eager to settle old scores. Soon Scott is facing off against Seikura and the entire ninja horde in an effort to take them all down.

I’ll be honest; I never really loved this movie. I always found Chuck Norris’ whispered thoughts incredibly lame and overly intrusive but most importantly I could also barely understand what he was saying.

There isn’t even that much in the way of action for the first half and it’s only really the final 20 minutes where things get truly interesting and fists and feet start to fly.

It also boasts ninjas so you would think that would automatically be worthy of an Oscar but even they aren’t that awesome which is a travesty.

The best thing about the movie is spotting other legends of action like Richard Norton (in his debut) in dual roles as one of the bad guys but he was also the masked henchmen Kyo. The legendary Lee Van Cleef also has a sizeable role playing an old ally of Scott (Norris) but he doesn’t have any meaningful action scenes.  Soon to be Ghostbuster Ernie Hudson also has a brief scene early on in the film so it’s fun to see so many familiar faces.

The big bad is Scott’s stepbrother Seikura, played by Tadashi Yamashita (American Ninja) who has very distracting hair and once again isn’t all that interesting a character. He just stands on top of things looking menacing with his silly hair. We are given a few flashbacks to provide some backstory to Scott and Seikura’s falling out but it doesn’t really matter as their climactic fight is rather underwhelming.

The story gall gets very confusing as Scott is asked to help take down the terrorist’s organization by a wealthy heiress but he turns her down as he doesn’t trust her so instead she asks his friend A.J. to help. He quickly accepts as he’s easily swayed by a pretty face causing Scott to whisper “Why did you do it A.J.? WHYYY?” and so on. Scott eventually arrives at the Octagon and faces off against several ninjas and his nemesis.

The one scene that makes the movie worth watching is the fight between Scott and Kyo (Norton) as we really get to see them use their skills to full effect and Norton is more interesting to watch on screen than Chuck.

Some of the acting is mostly pretty bad with Norris displaying zero range as usual but he was at peak fitness during this period so he can move well in the fight scenes and that’s why we watch his movies for after all.

Overall, The Octagon isn’t a great film by any stretch of the imagination but the final 20 minutes are worth the price of entry alone and it does at least have ninjas… so there’s that.