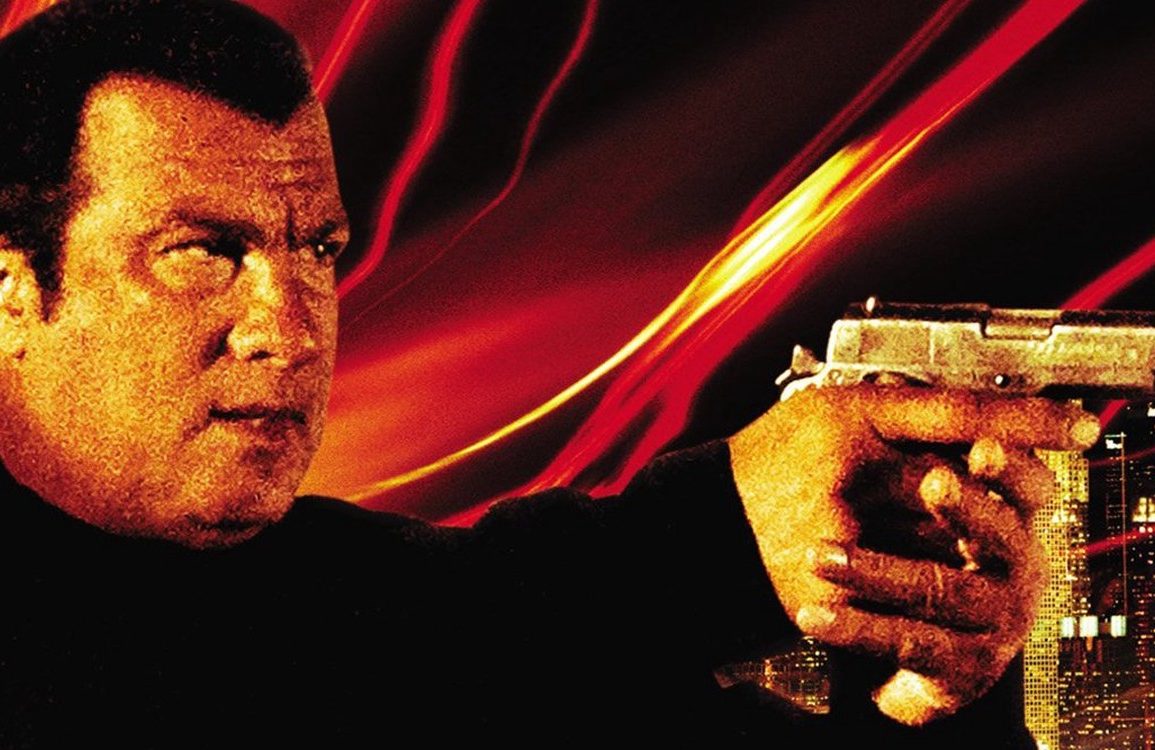 Plot: Roland Sallinger is an LA cop who after nearly being killed by his greedy partner, and eventually being forced to retire for medical reasons, flees to San Antonio, Texas, after being asked to work as a bodyguard for the daughter of a wealthy businessman. The businessman had been a colleague of Sallinger years before, when they were both cops. When mobsters kidnap the businessman’s daughter, he hunts them down to rescue her and protect her.

I forgot I have a huge pile of Steven Seagal movies on DVD that I’ve never watched or reviewed so while stuck in lockdown now seems like the perfect time to catch up on some Sensei Seagal beatdowns.

First up is The Keeper from director Keoni Waxman who I feel is one of the few directors who can get the best of Steven Seagal these days. What surprised me about The Keeper is that Seagal’s character Roland Sallinger (which isn’t a very badass name) is arguably one of his most appealing; normally he can come across as bullying and belligerent but Roland is surprisingly likeable and shows a softer side we rarely get to see from Seagal. He even smiles and laughs at several points; I had to rewind to make sure it wasn’t a glitch on the DVD.

The opening has Roland betrayed by his partner who shoots him and leaves him for dead, but he should have known that it will take more than bullets to stop Seagal. Another shocking element of this film is that Roland gets injured and ends up in hospital (as you would after getting shot). Normally Seagal will brush it off and never get a hair out of place but for once he is vulnerable and it’s the type of character he should be playing at his age. He even has to take medication when he gets out of hospital!

Once Roland has recovered from being shot his old friend Conner Wells (Stephan Duvall) asks Roland to work for him as his daughter’s bodyguard. At first he is reluctant but when he finds out that there was a previous attempt to kidnap her Roland ups the security at the compound but the biggest threat may be from within.

Although Nikita Wells (Liezl Carstens) is a girl who likes to party and her boyfriend Mason is a bit of a dick she still also manages to be sympathetic and takes to Roland straight away; thankfully no creepy potential relationship happens but Roland takes care of her and is happy to bring the pain to anyone who gets in his or her way.

Jason Cross (Luce Rains) is our antagonist who rarely gets any scenes with Seagal but he is behind the kidnapping attempts and manages to successfully take Nikita and blackmail Connor to sell his land which is filled with uranium. Roland will not allow this to happen of course and vows that they will rescue Nikita and Connor will not have to sell his land.

The Keeper is around 90 minutes long and there isn’t that much in the way of exciting action but it’s better than a lot of recent Seagal movies from the past 15 years. It’s too bad he didn’t show up to finish recording his vocals as there are a few moments when someone else is doing the voiceover and it sounds nothing like him. Come on Steven, if you agree to star in a film you should at least finish it.

Anyway, you know by now that when one of the henchmen is standing waiting for Seagal to arrive and then he swaggers into shot shit’s about to get real and said henchman is going to be crippled from the ears down.

Nobody snaps limbs quite like Seagal and despite some quick edits here and there we do see him partake in the action scenes so it’s not all doubles. There’s a moment towards the end (which you’ll see in the Kill Count video below) where we witness a guard standing outside the villain’s compound and all we see is Seagal’s hands come on screen and snap his neck. It’s like a scene from Family Guy or something that makes me laugh every time.

Overall, The Keeper isn’t the most exciting action movie ever but as a Steven Segal movie from the past 15 years it’s entertaining enough with him playing a surprisingly sympathetic character. There is the usual dubbing in a couple of scenes but it is minimal and Seagal does at least show up for the action scenes and it’s more than an extended cameo.

I do enjoy my Kill Count videos and good old satanclause1 has done one for The Keeper so I feel it’s important to know just how many people Sensei Seagal enlightens in this movie.

If it was anything less than double figures I would have been disappointed but 23 murders is impressive for any action star.