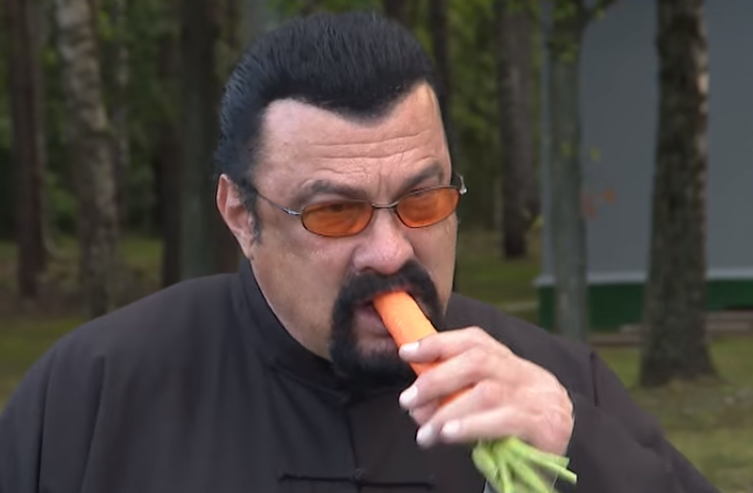 Steven Seagal may be Hard to Kill but he certainly has no problem dishing it out; we all know it’s been many years since he was in a truly great film but I was watching The Glimmer Man recently and enjoyed seeing the main villain get thrown out of a window and impaled on a fence; it was harsh but fair.

When you go through Seagal’s catalogue of films he really has killed quite a lot of people onscreen usually in just a mean spirited fashion. Admittedly you tend not to kill people nicely however, Seagal goes that extra mile when taking out the trash and usually snaps a few limbs and stabs his enemies just to make sure. Normally he plays a bullying asshole who isn’t even nice to his friends  (big stretch) so it doesn’t really come as a surprise that he has arguably the largest kill count of the action genre.

The Kill Count video below is a couple of years old but by the end you’ll see that Sensei Seagal has killed a hilarious 728 bad guys; I saw another Kill Count video from Stallone who had killed a paltry 539, Arnie had only killed 508 (which almost seems embarrassing in comparison) then JCVD has only taken out 393 by October 2015.

These guys need to do another Expendables and I think even with an entire cast of action heroes combined they will never match the kill craziness of Steven Seagal.