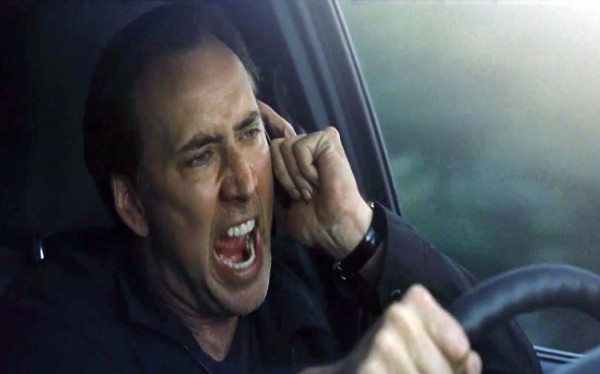 Stolen is a diverting evening’s entertainment with a fun performance from Josh Lucas and Cage is always likeable but it lacks tension and felt rushed, making it ultimately pretty forgettable. Disappointing considering Con Air is one of my all-time favourite movies.

Plot: A former thief frantically searches for his missing daughter, who has been kidnapped and locked in the trunk of a taxi.

Review: Stolen is pretty forgettable and derivative stuff but I still enjoy it simply because I love watching Nic Cage on screen. I was quite excited to see this as it was Cage reuniting with Con Air director Simon West and I was hoping for lightning in a bottle twice, but sadly it didn’t happen.

There are actually a few nods to Con Air with M.C. Gainey (Swamp Thing) playing one of Cage’s associates but also his code name was “Diamond Dog” which of course was Ving Rhame’s character name in Con Air.

Stolen is essentially Nic Cage’s version of Taken except without any tension whatsoever; his daughter isn’t made out to be remotely sympathetic so what do we care if he finds her or not?

What makes the movie enjoyable is Josh Lucas’s villain Vincent, who was formerly Will Montgomery’s (Cage) partner in crime. After being shot in the leg and essentially having his life ruined he is determined to squeeze Will for the $10 million he is owed and that means kidnapping his daughter.

Lucas is completely nuts in this movie and he goes on various insane rants which must have been a riot to perform. He also has a pretty satisfying bad guy death too.

Cage is more restrained than usual and doesn’t do his whole shouty thing which we are now accustomed to; despite being a thief, Will is likeable and a man with a code of ethics. Cage plays desperate well and I enjoyed the moments between him and Danny Huston as good cop Tim Harlend.

I was convinced there was going to be a big last minute reveal with Malin Ackerman’s character or some unexpected twist but there wasn’t.

The finale came and went far too quickly and it all ended up predictable and rather disappointing. At 95 minutes, the film was actually a little short and we could have done with a bit more character development (especially with the daughter) before she was kidnapped.

I enjoyed Mark Isham’s 70’s style heist score which had some cool twanging guitars and a New Orleans vibe, although it didn’t really have a memorable theme tune.

The action is nicely done, with some excellent flipping cars and chase scenes, but it’s pretty low key and you can tell why it went straight to DVD.

Overall, Stolen is a diverting evening’s entertainment with a fun performance from Josh Lucas and Cage is always likeable but it lacks tension and felt rushed, making it ultimately pretty forgettable. Disappointing considering Con Air is one of my all-time favourite movies.