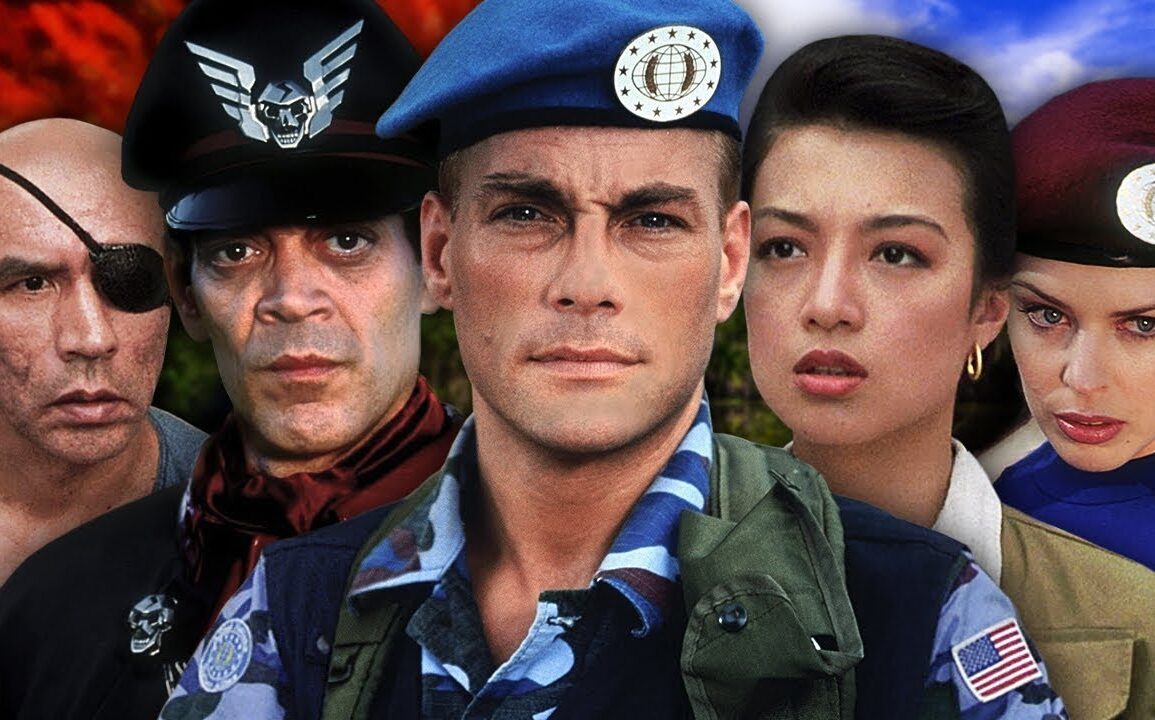 Street Fighter may not be peak Van Damme but it still makes for an easy watch with some spectacular action, rapid pacing and plenty of humour with a scene stealing turn from the late Raul Julia. 88 Films have provided some entertaining special features making this worth picking up if you’re a fan of the movie.

Plot: Shadaloo, Southeast Asia, 1995. As civil war enters its seventh month, warlord General M Bison (Raul Julia, The Addams Family) brings the crisis to the brink of global conflict when he takes 63 Allied Nations relief workers hostage, threatening to execute them unless a ransom of $20 billion is forthcoming. Colonel William F. Guile (Jean-Claude Van Damme, Timecop, Universal Soldier) is given the mission to rescue the hostages – but first he must locate them. The action reaches fever pitch as Guile, Cammy (Kylie Minogue) Bison and their collective forces clash in a highly-charged climactic battle, with the fate of the free world hanging in the balance.

Review: I think I am single-handedly keeping 88 Films in business lately as I have been picking up Blu-rays every time I take a trip back to the UK (which has been a lot). I mistakenly thought this was the set that had the free Bison Dollars with it but sadly this is the Standard Edition; I don’t have any regrets as I’ve always had a soft spot for this film and this Blu-ray has some great special features on it which I’ll get to shortly.

At the time of its release back in 1994 Street Fighter was met with less than stellar reviews from critics and many fans of the video game. Despite its failings however, the film was not a box office disaster and went on to make $99.42 million on a $35 million budget. It had been a few years since I last watched the movie and I don’t think I’ve ever enjoyed it as much as I did last night. Maybe it caught me in the right mood but Street Fighter is just pure harmless fun that doesn’t take itself seriously at all. It’s tongue is in its cheek throughout so we know to just sit back and enjoy 100 minutes of escapist entertainment.

In the interview with writer/director Steven E. de Souza on this disc he discusses how there were talks of having the likes of Stallone, Arnie or even Harrison Ford playing Guile but due to budget limitations they went with Jean-Claude Van Damme. De Souza discusses how in this film Guile was going to be from Louisiana to explain his accent but it ultimately didn’t make it into the final cut.

I still love JCVD in this movie and even if the behind the scenes stories are every bit as entertaining as the film itself Van Damme is still awesome especially when he gets to deliver possibly the greatest speech of all-time.

Raul Julia sadly passed way after this movie but he practically stole the show giving Bison some gravitas; his kids were big fans of the videogame and it was due to them that he did this picture. I’m glad he did as he remains my favourite aspect of the film with some great lines like “For me, it was Tuesday”.

About $10 million of the budget was spent paying for Van Damme and Raul Julia’s fees but several of the supporting cast would go on to become big stars in their own right like Byron Mann and Ming-Na Wen. Byron Mann was well cast as Ryu and he has some fun banter with Ken (Damian Chapa) which provided some laughs. It’s funny how everyone seems to pronounce Ryu differently…

Some of the dialogue is a little clunky and the fact it isn’t set around a tournament may upset videogame purists but as a straightforward action picture Street Fighter remains a good time. There is a sense of fun where it never takes itself too seriously so if you take it for what it is then you’ll enjoy it.

I still have the soundtrack on CD somewhere and I used to love listening to Street Fighter by Ice Cube. I thought the score was suitably bombastic for the action scenes from Graeme Revell who also did the music to JCVD’s Hard Target. It’s too bad we didn’t get the character themes from the game as I would have loved hearing an epic orchestral version of Guile’s theme.

I remember back in 2003, Jean-Claude Van Damme was apparently working on a sequel with some of the original cast returning but it sadly never happened and instead we eventually got Street Fighter: The Legend of Chun-Li…

Keep your eyes open for Benny “the Jet” Urquidez who makes a brief appearance but he also did some of the physical training for the cast. In terms of the fights we don’t get that many until the finale which for me more than makes up for it; the movie still has near constant action and is never dull.

The film looks well remastered with decent sound and subtitles too; for some reason this is another disc from 88 Films that doesn’t have Scene Selection on the main menu which is odd but not a big deal. The interview with Steven E. de Souza is fascinating and gives some insight into what went on in making the film.

Damian Chapa seems to look down his nose on the action genre in his interview and he didn’t even know who JCVD was before filming but he had some kind words to say about Raul Julia and I like when actors are honest in interviews. I also enjoyed listening to Graeme Revell talk about creating the score for the movie and how he integrated it with the songs so it never sounds jarring. Byron Mann has the best interview that lasts around 35 minutes and he talks about preparing for the role event though he hadn’t played the videogame before. The deleted scenes are nothing special but there was a brief fight between Cammy and Chun-Li but otherwise it was unnecessary and it’s understandable why it was cut.

Overall, Street Fighter may not be what fans were expecting at the time but watching it now, it’s essentially a parody (the director even admits it) that has plenty of laughs, fun characters and some decent action. Hearing all the stories on this disc about having to change the schedule due to Raul Julia’s failing health it’s a miracle the film got made at all. 88 Films have done a nice job with this disc although it’s a shame there is nothing new from JCVD but as someone who has tried to interview him for nearly 10 years then I understand why he wasn’t involved. Still, if you enjoy this film and can accept it for what it is you’ll have a good time here and enjoy it for the escapist fun that it is.