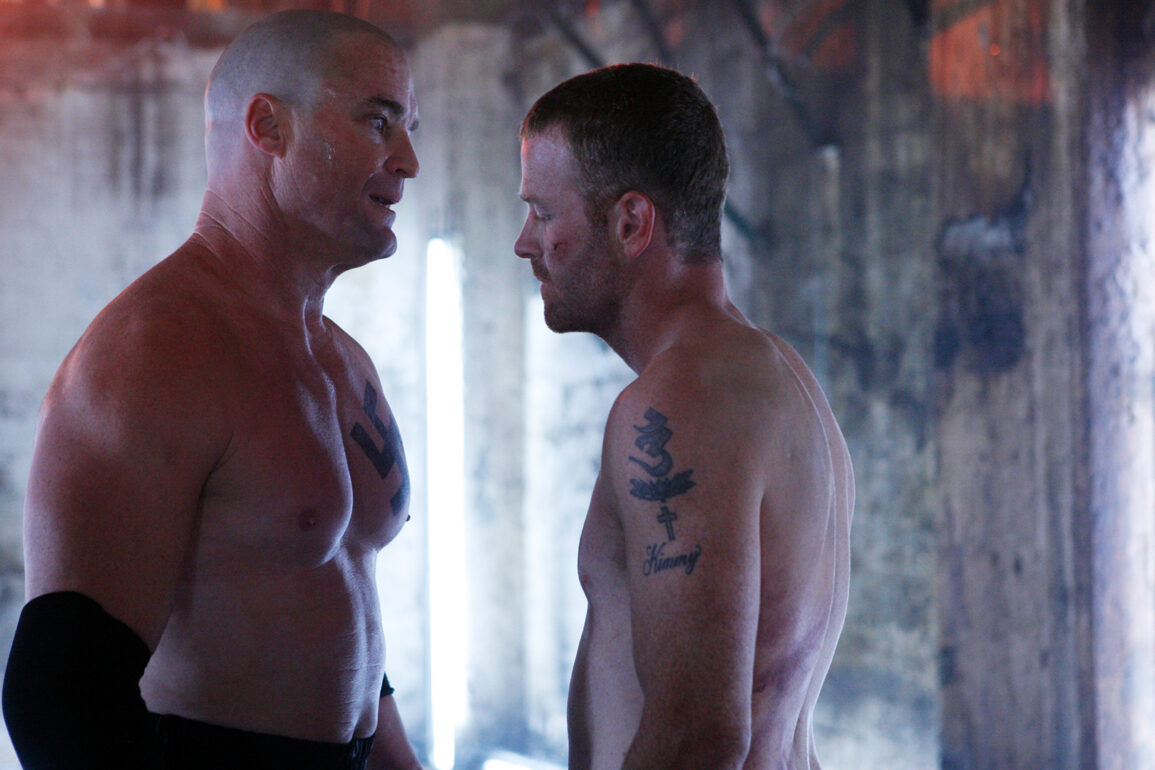 Street Warrior is nothing we haven’t seen before but I have a soft spot for these straightforward fight flicks and I liked the characters with Max Martini making for a believable badass and Nick Chinlund ever reliable as the villain.

Plot: Returning home to San Madera, California, after serving with the US Army, Jack Campbell discovers that his brother is fighting for his life in hospital following his involvement with an illegal fight club, The Gauntlet. Determined to bring The Gauntlet down, Jack must work from the inside out, posing as bare-fist fighter. However, coming up against the current champion, Jack must dig deep to survive and bring down the club.

Review: Considering Street Warrior is a made for TV movie it had no right being as entertaining as it was; it isn’t anything we haven’t seen a billion times before and lacks swearing, nudity and graphic violence (boo) but it’s still a fun throwback to the old-school fight films that we got in the 80s and 90s.

Max Martini makes for a believable badass in Jack Campbell, a recently released convict who ends up getting involved in an underground fighting tournament known as The Gauntlet in order to save his pregnant sister-in-law who has been kidnapped by the villainous Pope (Nick Chinlund from Con Air).

At just over 80 minutes it’s fast paced and has fight scenes every few minutes; the only problem is this was made during the dark days of the action genre when shaky cam and over editing was a thing which does take you out of some of the fight scenes; they aren’t too bad though and I’ve seen worse.

What’s important is that I was emotionally involved and actually cared about the outcome so in that respect it did its job. Keep your eyes open for Lateef Crowder in a small role but he is always a welcome addition to any action picture.

Nick Chinlund never fails as a bad guy and Pope is truly hateful and his final showdown with Jack is satisfying stuff so by the end everything is wrapped up nicely.

Overall, Street Warrior is better than it should be with regular fight scenes, a likeable protagonist and a hateful villain making for a diverting 80 minutes. It’s too bad the fights are overly edited and at times incoherent but I’ve seen worse.